Vaccine death efficacy calculation and how it works

I am no medical expert, am just curious how vaccines work in general, especially in preventing severe illness and deaths. I have read articles, seen videos on youtube, and seen how efficacy is calculated, basically, 50% vax and 50% placebo, calculate the infected percentage to get the efficacy. I have also seen how vaccines are supposed to work, mRNA or not...basically your body will respond to a pathogen, be it spike protein or inactivated virus, etc... by creating Antibodies to neutralize future infections by the real thing. Antibodies attach to the "crown" spikes of the virus to prevent it from replicating and causing harm to the cells/body.

That said, there are recent articles or posts saying that CDC mentioned something about the equal viral load on vaccinated + unvaccinated. And that explains the efficacy of "Transmission" especially with the Delta variant, to be about 20% efficacy now against delta, specifically for Pfizer, specifically against "Transmission"

"Equal viral load" can be rather misleading because it refers to peak measure at one point in time and in one spot (in "the nose", more precisely by nasopharyngeal probe.) There are a couple of counterpoints to this: 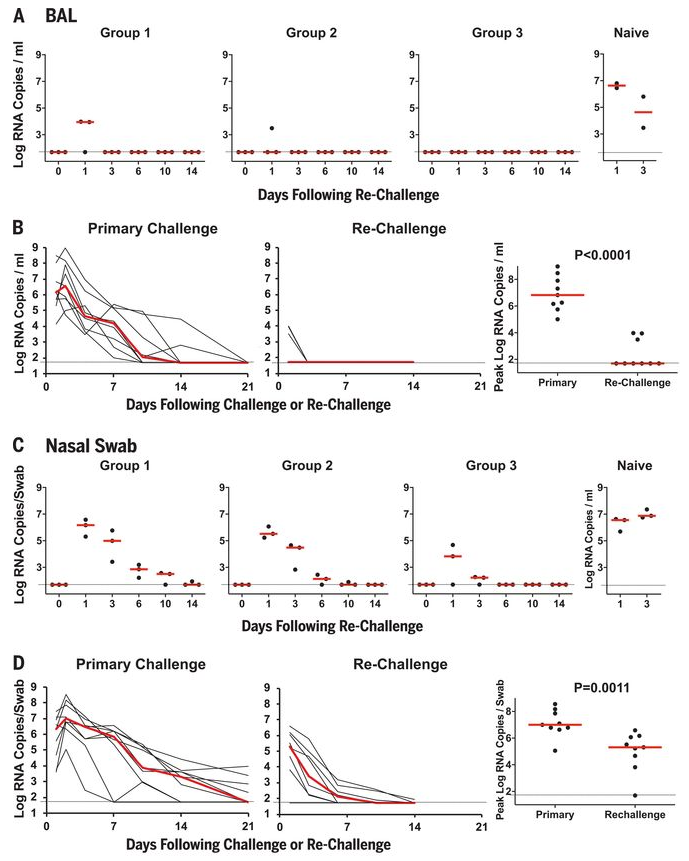 (The groups 1-3 in the diagram are simply different challenge doses.)

Alas I don't know of similar studies in humans.

It's likely that people who have been vaccinated clear the infectious virus from the body faster. A previous study from Singapore had found that although levels of the virus were initially the same in those infected with the delta variant regardless of vaccine status, by day seven, levels of the virus dropped quickly in those who were vaccinated, which may reduce the ability to spread illness.

The relevant graph from this latter study: 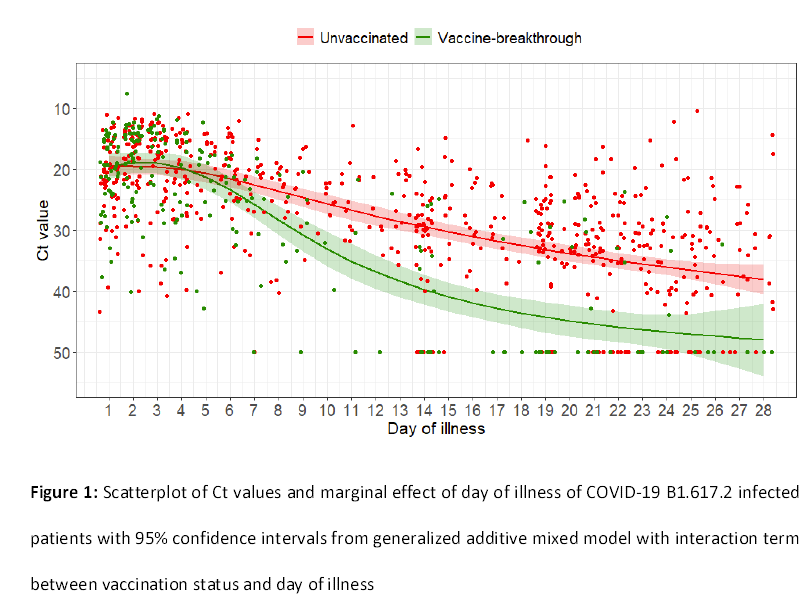 There is precedent (for example, dengue [11], influenza [12–14], pertussis [15], pneumococcal bacteremia [16], rotavirus [17], and varicella [18]) that many vaccines confer greater efficacy against severe disease than milder disease.

Not the answer you're looking for? Browse other questions tagged covid-19 vaccination immune-system coronavirus or ask your own question.

3
How can a vaccine prevent an individual from getting a disease but not from transmitting it?
1
Are the covid-19 vaccines more protective against severe disease and death than against simple infection?
1
How does getting 2 or 3 shots of the Pfizer or Moderna COVID vaccine compare against 1 shot Johnson & Johnson's vaccine + 1 shot of Pfizer or Moderna?
2
How accurate is this covid-19 article related to reinfection risk after recovering from omicron?