Please explain the algebraic reasoning in this textbook

I am reading Dennis M. Brown “Drug Delivery Systems in Cancer”. On Page 29 when referring to monotonic increase or decrease of n (being the number of cells n(t) I believe) then how are they getting

I get how it equal k(1/n) because we just raise each side of equation IC50n * T = k to the 1/n power but not getting the the double equality here. 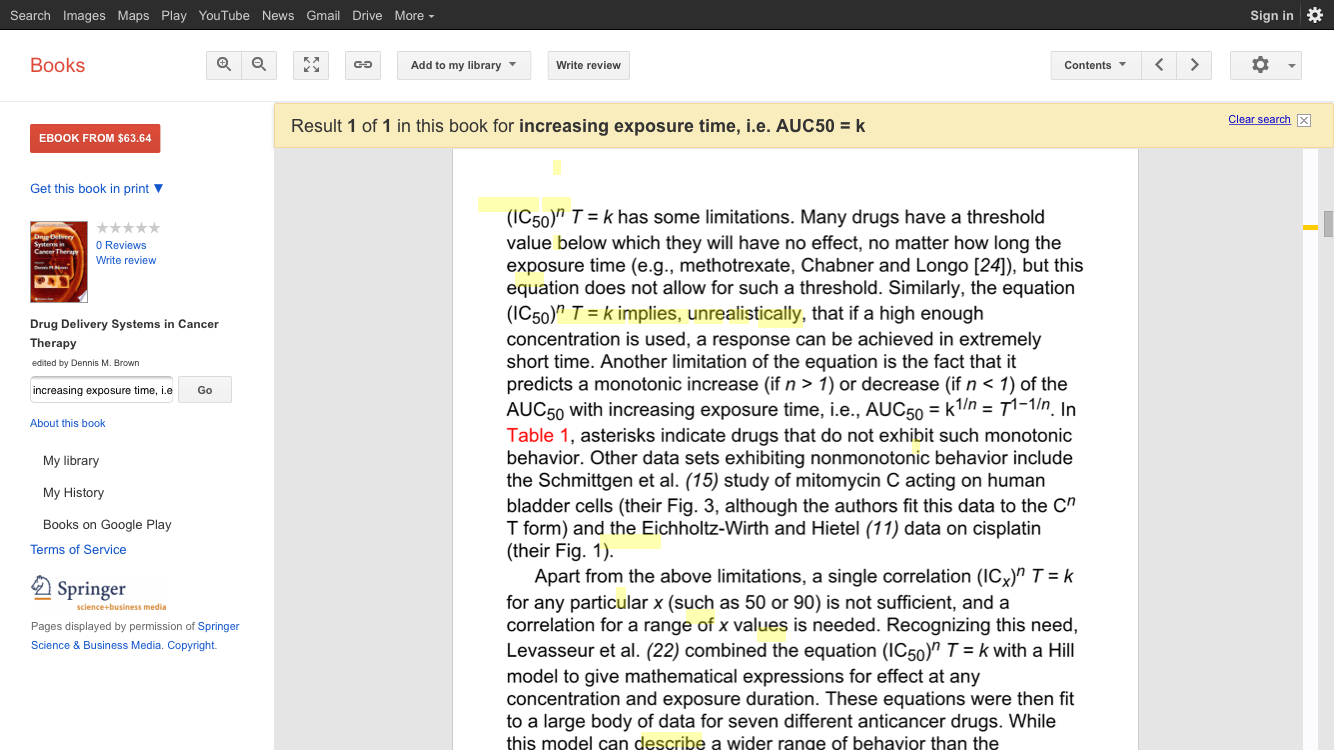 This next bit is more speculative because the exact descriptions of these terms in the source are not available online, but AUC generally stands for "area under curve," aka integration. I have doubts AUC50 is some definite integral of IC50 because when n=1, IC50 = k/T, which has an indefinite integral F(T) = k*ln(T) + constant.

8
Use of antibiotics and the night gap
7
What is the tablet inside generic Omeprazole capsules
5
Tips to improve the sleep during the night
12
What can you learn from the parts of the name of a drug?
4
What are ibuprofen alternatives without the side effects
1
Why is Chlorprothixene not approved for use in the United States?
1
Chewing Over the Counter Pain Medication?
3
Is the drug's effectiveness directly proportional to the half life formula?