What's the differences between the Herniated discs and Cervical spondylitis with cord/root compression? 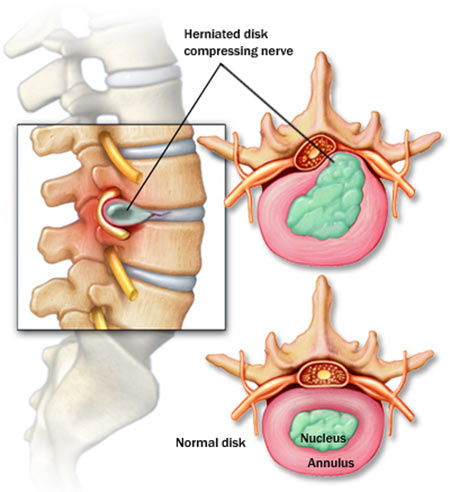 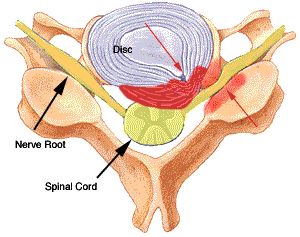 For the first picture, it shows the Herniated discs and the second picture shows the cervical spondylitis.

A herniated disc means that a part of a disc has ruptured and squeezed out beyond its regular circumference. A herniated disc may or may not press upon the spinal cord or a root of a spinal nerve.

Spondylosis refers to age-related wear and tear of the spinal discs, which is the most common cause of a herniated disc. Cervical spondylosis means that the neck (Latin: cervix) part of the spine is affected.

Spondylitis refers to an inflammatory disease of the spine. Like in spondylosis, the parts of damaged discs or vertebra can result in nerve root compression. The most common changes in spondylitis are bone spurs and fusion of the vertebra (ankylosis) but less likely herniated discs.

Not the answer you're looking for? Browse other questions tagged spine or ask your own question.

3
How to identify Axis and Atlas of cervical spine
0
Can spine misalignment be responsible for eye conditions?