Is there any truth to the claim that pregnancy is somehow a health risk to women?

I've heard people say that pregnancy is somehow dangerous for a woman.

I know that you can get high blood pressure, and gestational diabetes but that's usually among obese women. The conditions are also temporary.

I also know that during childbirth there can be complications.

How exactly is being pregnant bad for your health? It's a natural and normal biological process.

Let's focus on recent stats and healthy women between ages 20-35 who are not obese and don't have any pre-existing medical conditions.

In the U.S., 14 in every 100 000 pregnancies are fatal for the mother. While this may not seem much, consider the following graphic: 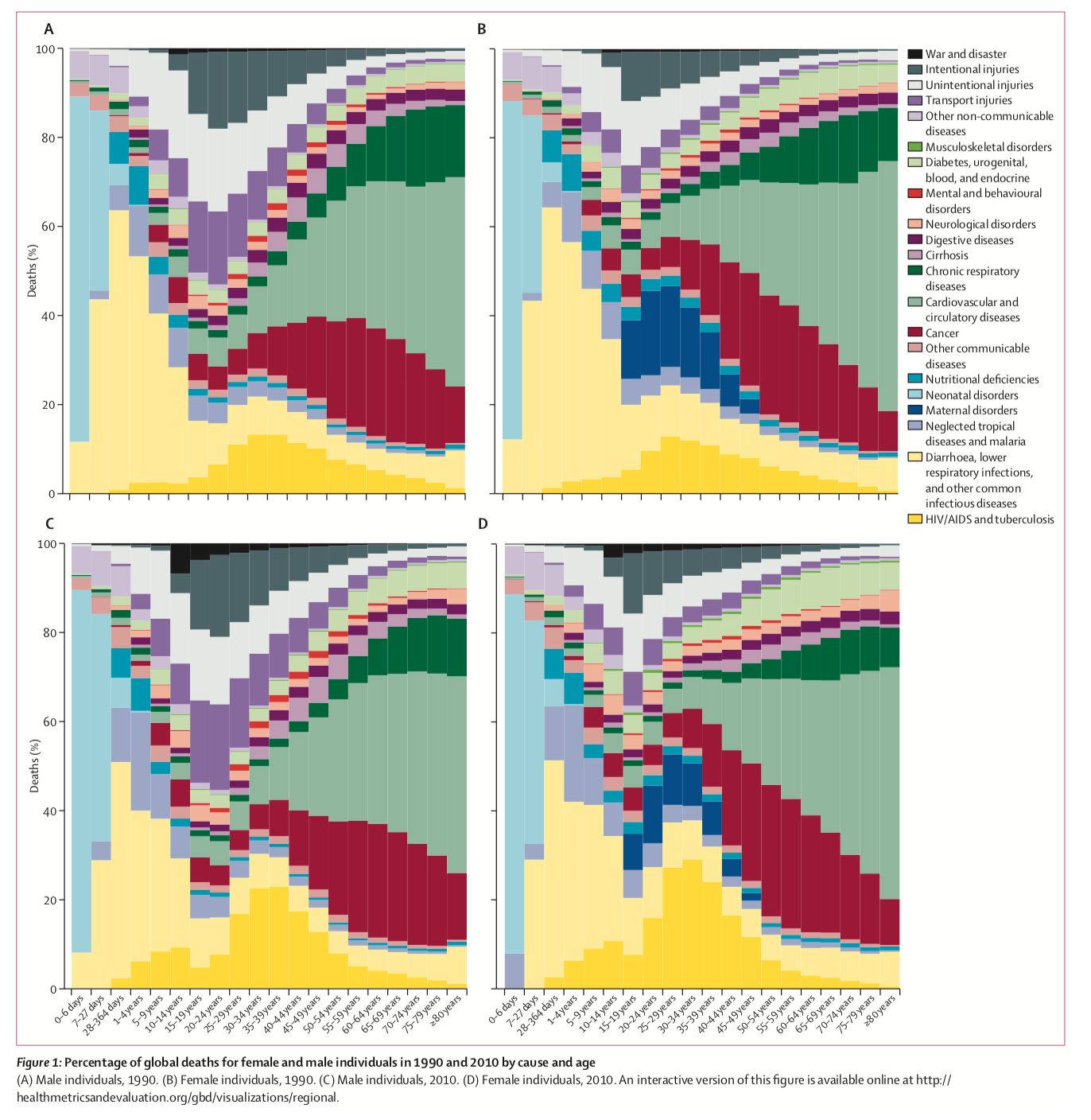 In picture B and D the blue bars indicate deaths due to pregnancies. While those numbers have decreased since 1990, in 2010 they still accounted for a large proportion of deaths of women in that age group.

During a pregnancy, the woman's body supplies both the foetus and the mother with oxygen, blood and food. This puts a lot of strain on the organism. While humans are built so that they can handle it, it does increase the risks of the above and many more problems, so that pregnancy indeed is a risk factor.

Not the answer you're looking for? Browse other questions tagged obstetrics risks or ask your own question.

3
Any risk to the fetus if alcohol consumption in only 1~2 month's pregnancy
4
Does the 2011 Tsunami in Japan poses any health risks to Americans?
3
Are there quantified risk factors for suicide in the U.S.?