How do epi-pens work? Are they specific per allergy? Epi-pen for latex allegery exist?

Anaphalactic-shock, from what I understand, is dangerous and terrifying. I'm grateful for whoever invented the use of epi-pens. In attempts to better understand epi-pens so that I may be prepared in case anyone experiences anaphylactic-shock around me, how do epi-pens work exactly? Where do you insert them? Are they like needles? How much do you insert? How fast does it kick-in?

I imagine that the epi-pens differ depending on the type of allergic reaction that is taking place. Is that correct? For instance, I know that my friend has latex allergies, is there an epi-pen specific to counteracting the cytokines that trigger the antigen for the latex?

This is not a medical consultation or advice, only educational information. For any specific questions, talk to your doctor.

EpiPen is an injection of Epinephrine (also called Adrenaline) that is indicated for treatment of anaphylaxis (or anaphylactic shock), which is a clinical representation of the most severe systemic allergic reactions. Anaphylactic shock may have multiple signs and symptoms, such as: urticaria and/or angioedema; bronchospasm; hypotension; cardiac arrhythmias; unconsciousness and shock (this is an incomplete list, see picture and references for more). 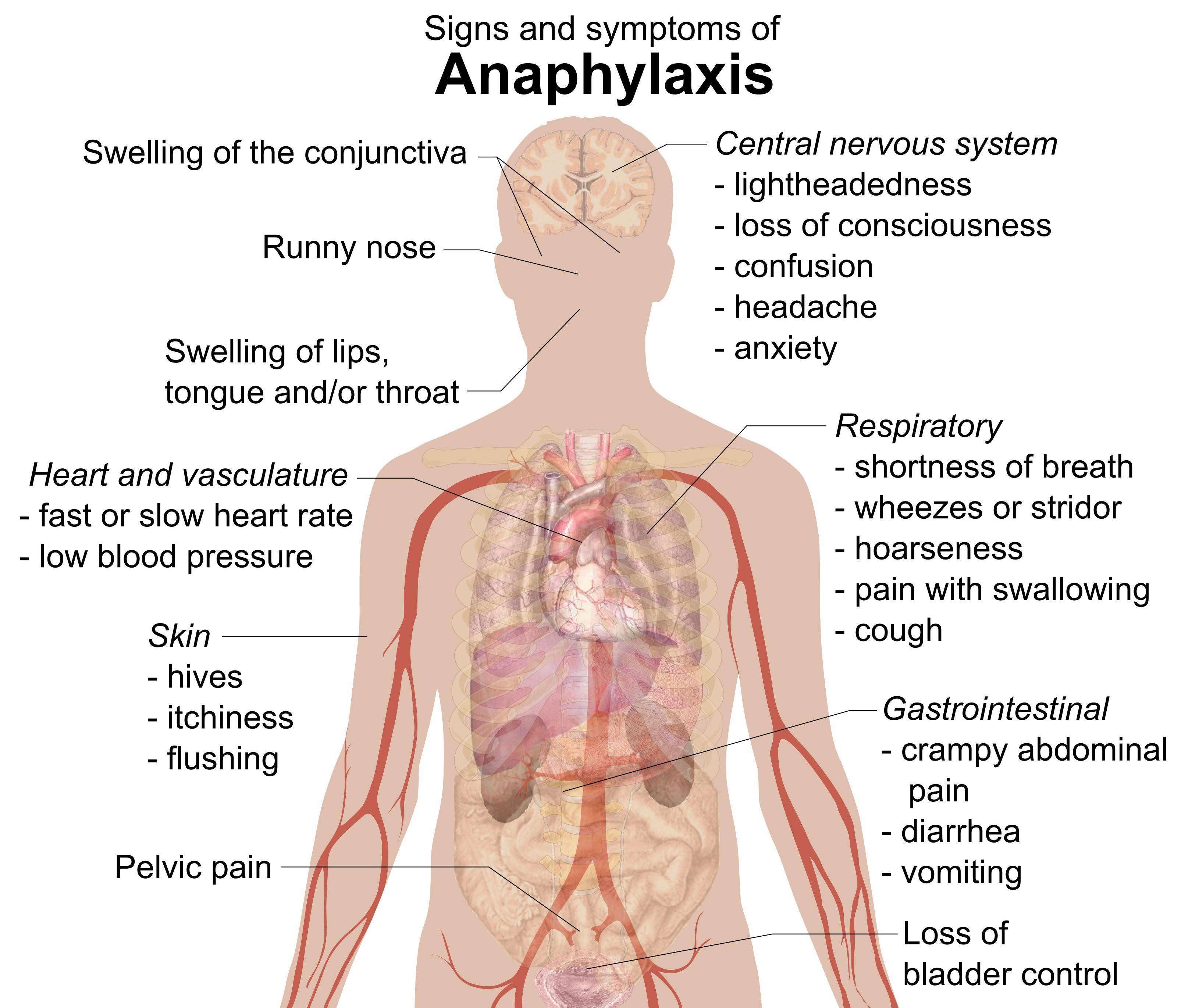 All these adverse reactions occur in the context of an IgE-mediated mechanism. IgE is a type of antibody, which is released in huge amounts in the body when a person is exposed to any type of allergen which they are sensitive to following a first exposure (of course, different people may have different allergies; some may have several, some may have none). When IgE antibodies are released in the body, they cause multiple effects that comprise the anaphylactic shock (some were mentioned above, see references below for others). 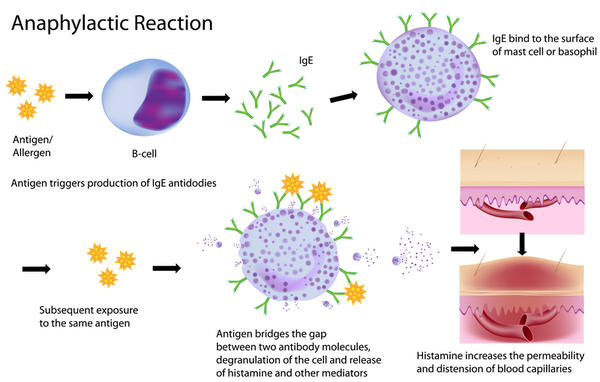 Epinephrine is a natural hormone that is responsible for the activation of the sympathetic nervous system. For example, it can cause an increase in heart rate and blood pressure, it can cause dilation of the bronchi (which allows to breathe better) and other effects. For this reason, it is used as a medication for anaphylaxis, since it can reverse many of its symptoms (i.e. hypotension, bronchoconstriction etc.).

It is worth noting that being a natural hormone, if Epinephrine is taken orally, it is broken down in the stomach rather quickly. That is the reason it has to be given by injection.

I will answer some of your questions specifically:

For further information, you can check out the EpiPen official website and the following texts:

Adrenaline in the treatment of anaphylaxis: what is the evidence?

Epinephrine: The Drug of Choice for Anaphylaxis--A Statement of the World Allergy Organization

Not the answer you're looking for? Browse other questions tagged antigen cytokines epi-pen-epinephrine latex or ask your own question.

3
How fast and effective does an epi-pen work against a peanut allergy reaction?