When was congenital-analgesia (aka congenital insensitivity to pain), the inability to feel pain, clinically documented? How rare?

I know this condition sounds like it would be a lot of fun (since one doesn't feel pain), but this can be an extremely dangerous situation to be in since one can't feel when they have broken bones, have a life-threatening infection, feel the burns of a stove, and may engage in risky behavior, etc. (since they don't feel the consequences of pain). So what is the life expectancy of someone with congenital-analgesia?

It was first reported in 1932 in this paper:

However, I tried reading it, the print is very faded and near-impossible to read.

So what is the life expectancy of someone with congenital-analgesia?

There's age distribution of the population in Japan: 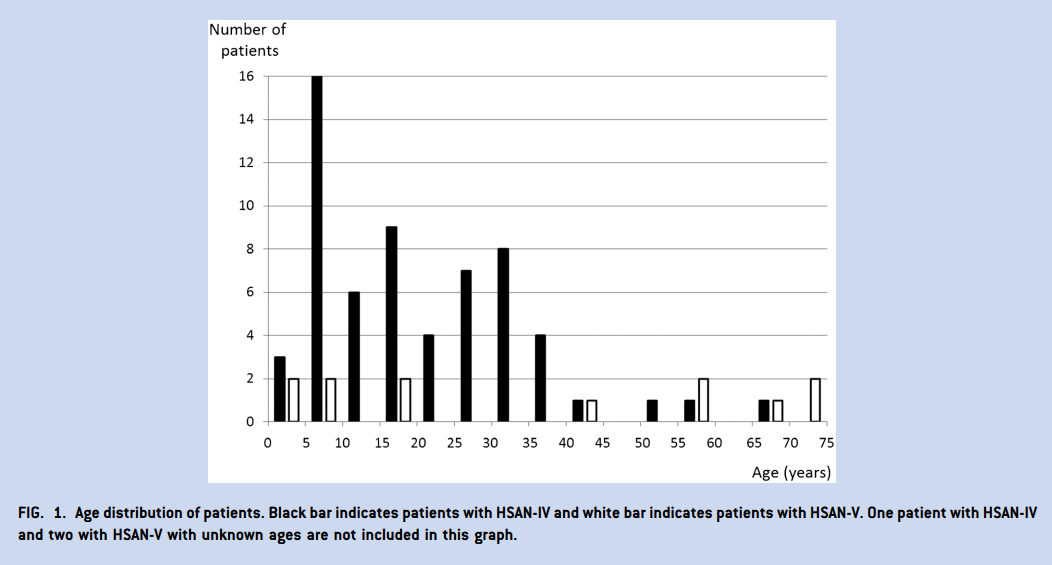 It doesn't say life expectancy, but it seems that it won't be past 40 years.

Not the answer you're looking for? Browse other questions tagged life-expectancy history neuropathy pain-tolerance or ask your own question.