Would a regular ultrasound be able to differnciate a benign ovarian cyst from an ovarian tumor? Or is a Transvaginal ultrasound needed?

Would a regular ultrasound ordered by an OBGYN be able to detect/differentiate typical benign ovarian cysts from an ovarian tumor? Or is a transvaginal ultrasound needed in that case?

Are there images that can show the different appearance of an ovarian cyst from an ovarian tumor?

How is the process of the transvaginal ultrasound different than just a regular ultrasound? I imagine it's inserted into the vagina? Is it quite painful?

How is the process of the transvaginal ultrasound different than just a regular ultrasound? I imagine it's inserted into the vagina? Is it quite painful?

What you call a "regular" ultrasound is known in medical practice as an transabdominal ultrasound. It is a very common procedure, which, depending on the countries, may be done by physicians, nurses or radiology assistants. A transvaginal ultrasound consists of an ultrasound probe inserted (after ultrasound gel is applied on it) into the vaginal cavity. Patients undergoing this procedure describe it as non painful. It is the same sensation as when a speculum is inserted in the vagina to do a pap smear.

Adnexal masses can be classified as: 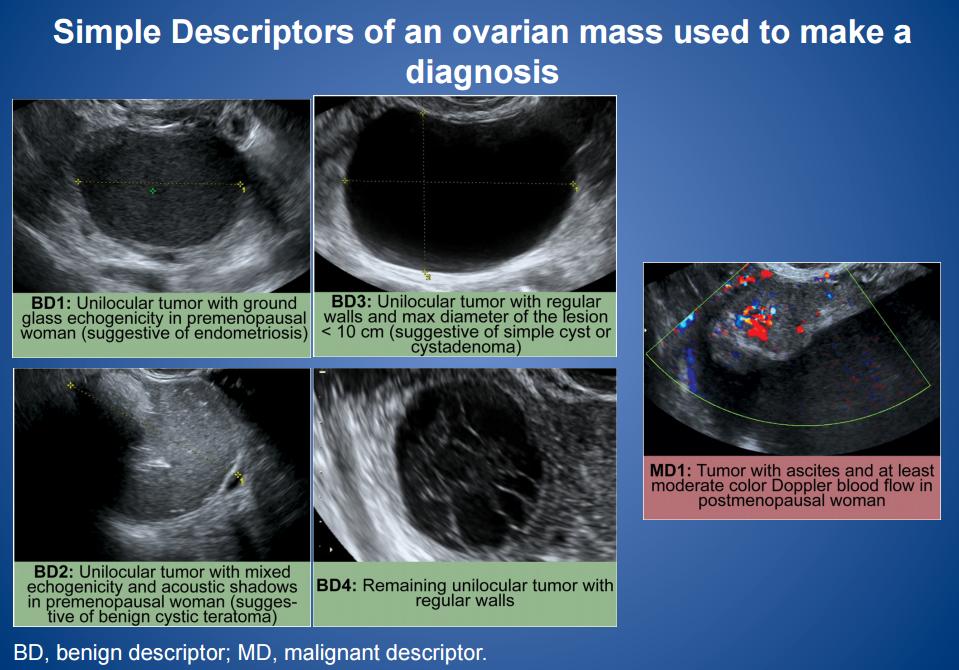 Additionally, the IOTA group has even described some features and rules which should orient towards a benign or malignant cause: 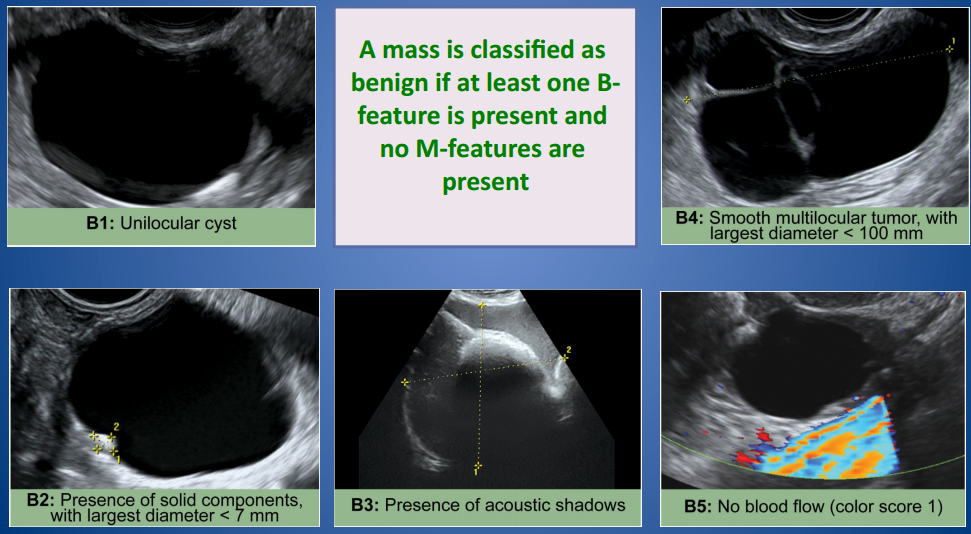 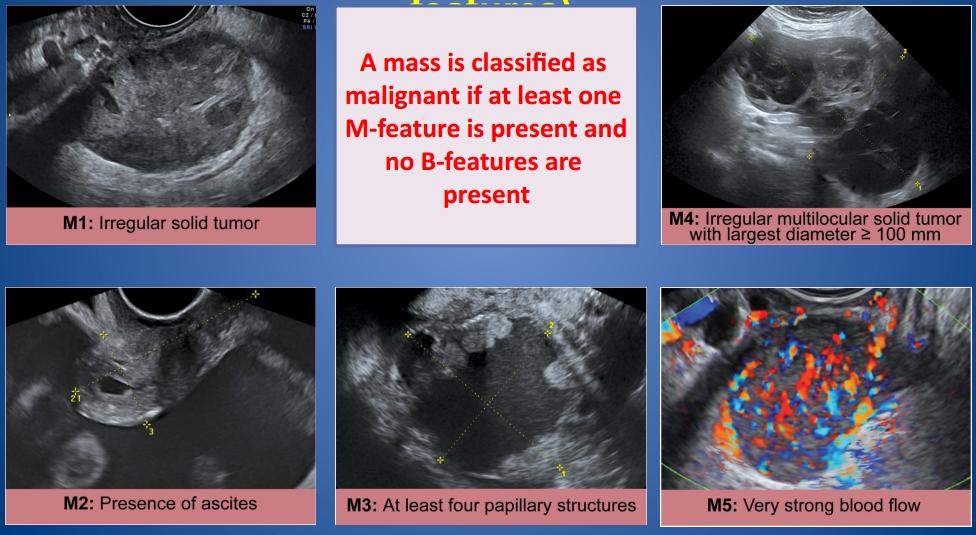 If doubt persist, some indications in the personal history or other clinical examination (+/- biomarkers) might help providing additional evidence in favor of a benign or malignant cause. Finally, confirmation can only be done through histology.

Though, the IOTA rules are good performers in predicting the malignancy risk of ovarian masses as suggested by this large systematic review:

Is a transvaginal ultrasound needed in that case?

The IOTA rules are based on transvaginal ultrasound. Here also a summary of the recommendations from the Royal College of Obstetricians and Gynaecologists regarding management of suspected ovarian masses in premenopausal women:

A pelvic ultrasound is the single most effective way of evaluating an ovarian mass with transvaginal ultrasonography being preferable due to its increased sensitivity over transabdominal ultrasound.

Sources: - for the images and features description: https://www.bmus.org/static/uploads/resources/IOTA_Simple_Rules_-_Susanne_Johnson.pdf

Not the answer you're looking for? Browse other questions tagged tumors ultrasounds differential-diagnosis ovarian-cysts transvaginal-ultrasound or ask your own question.

1
Do transvaginal ultrasounds break the hymen if one is a virgin? Is it painful for a virgin?