I suffer from smelly feet, which is very annoying particularly because I am in a new relationship. I have tried many OTC/home remedies to prevent this, but this doesn't really help.

You're also more likely to have foot perspiration if you're on your feet all day, if you're under a lot of stress or if you have a medical condition called hyperhidrosis, which makes you sweat more than usual. Fungal infections, such as athlete's foot, can also lead to bad foot odour.

I don't have any of the conditions mentionned above (I am healthy and my GP told me I don't have hyperhidriosis or fungal infections). Also, I am not on my feet all the day. I did follow all the recommendations (changing socks and shoes every day, keeping my toenails short) without success.

What are the causes of smelly feet? Could it be genetic? Or are there any other reasons (for a healthy individual)?

This is an interesting question. You are certainly not an isolated case.

The "origin" of foot odor has been examined in many studies.

In 2006, a very interesting study was conducted by a group of canadian researchers: their aim was to identify microorganisms that are involved in producing unpleasant odors and examine plant extracts and fragrant agents which would inhibit the routes of production of these substances.

Here first an overview of the fatty acid they have found ( acetic acid is responsible for the odor of sweat, isovaleric acid, propionic acid, isobutyric acid, and butyric acid are involved in foot odor) 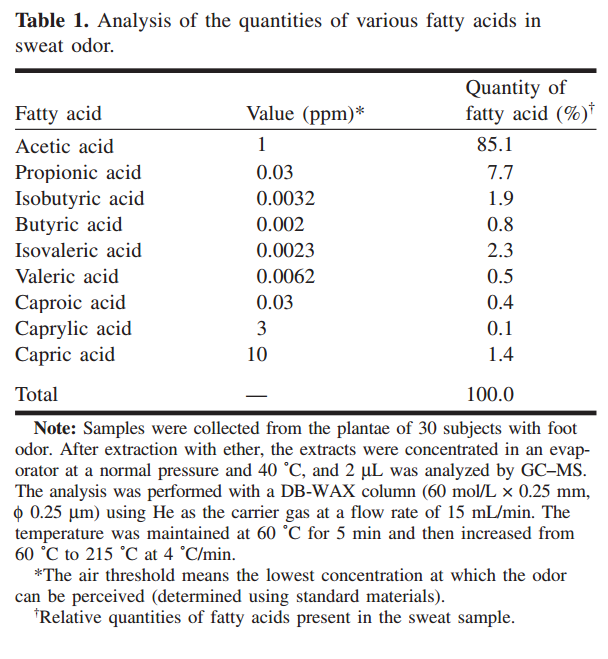 Then they looked at a difference in organisms distribution and found that bacilli were significantly different between the groups: 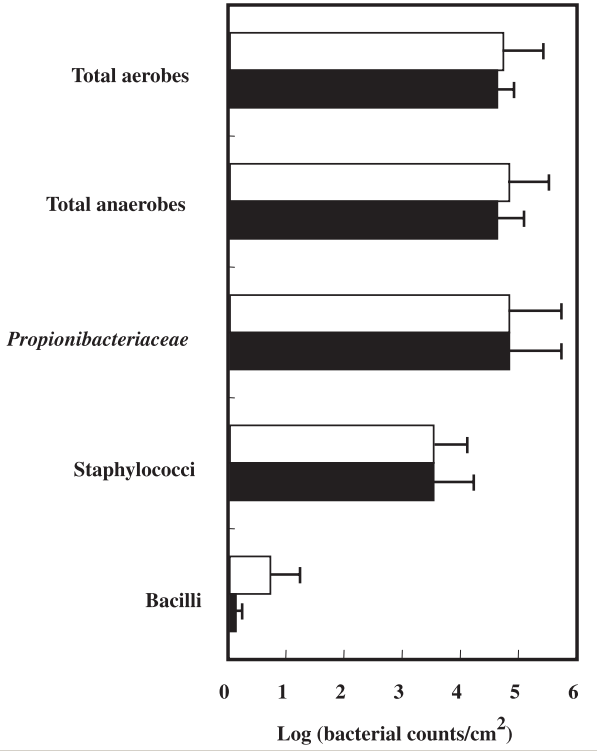 They then examined the possible role of naturally occurring materials using leucine dehydrogenase activity as an index (which is involved in foot odor), and obtained citral, citronellal, and geraniol as good competitive inhibitors. So these fragments are likely to inhibit foot odor.

Why different bacteries are present in some individuals and not in another might be multifactorial and precipitated by diseases (fungus, endocrine disorders,...). I haven't found any study suggesting it might be genetic.

Now, there are indeed many websites suggesting many different possible ways of treating foot odor. The only peer-reviewed paper I could find is was on The Physician and Sportsmedicine . Here their advices: 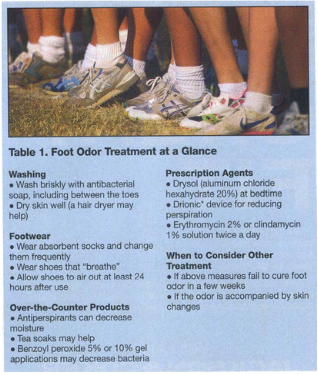 Hope this brought some clarifications.

Not the answer you're looking for? Browse other questions tagged hygiene perspiration smell athletes-foot or ask your own question.

8
What are some ways to stop and prevent acne?
10
Teeth brushing technique: what to avoid, and how is it better done?
2
What kind of health effects do beards have, if any?