Does myelin fully regenerate after a demyelization disease as ADEM (Acute Disseminated Encephalomyelitis)? Does myelin always get damaged after an ADEM?

Acute disseminated encephalomyelitis (ADEM) is an inflammatory disorder, which often follows an infection or a vaccination. It is the most frequent demyelinating disorder of the CNS in children.

In case of an infectious aetiology, some epidemiological studies suggest that ADEM is more frequently associated with upper respiratory tract infections in countries with significant advances in infectious disease control, whereas in poor or developed countries, ADEM often occurs after childhood infections such as measles. Below a table with a list of the possible aetiologies for ADEM (from Garg et al). 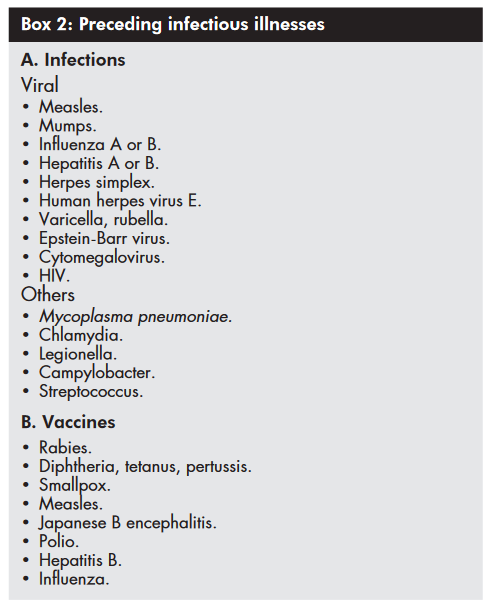 Current evidence suggest that ADEM results from a transient autoimmune reaction against myelin or other autoantigens which occur through a phenomenon of molecular mimicry or activation of autoreactive T cells.

Does myelin fully regenerate after a demyelization disease such as ADEM (Acute Disseminated Encephalomyelitis)? Does myelin always get damaged after an ADEM?

I have found two studies focusing on clinical outcome in children with ADEM:

1. According to this study 1 conducted among 39 patients with median age at onset of 8 years:

Of 39 children with 12 months' follow-up, 71 % recovered completely. Thirteen (33 %) children had relapses. Patients who had more than one relapse (n = 4) presented with new symptoms at each attack. Treatment with high-dose methylprednisolone was associated with complete recovery, and tapering over more than 3 weeks, with a lower rate of relapses. MRI lesions could persist even in asymptomatic patients; in particular, periventricular lesions tended to disappear later than others.

2. According to this study 2 including 14 children with a follow up of one and a half year:

10(71%) children had total remission of symptoms within one week of starting steroids. 4(29%) children had residual symptoms at the end of steroid therapy. The children were followed up for a variable period from two months to three and a half years. Most of the cases made uneventful recovery.

You can find additional information in the complete report for each of the study.

Edit (after additional information was submitted by the OP)

Probably yes, or at least that full remyelination has not completely finished. Concerning your question about the potential of remyelination: There isn't much information available on ADEM and remyelination, but at it shares some common features in terms of pathogenesis with multiple sclerosis (MS), let's take some evidence concerning remyelination in MS:

We know that the treatment of MS aims at two things (1,2):

While the first has showed some interesting results thanks to growing number of immunomodulatory therapies on the market (among which glucocorticoids, which are also used in ADEM treatment), the second has still to be proven.

The principal source of new remyelinating cells is an abundant and widely distributed population of cells in the adult CNS traditionally called oligodendrocyte precursor cells (OPCs). In the adult CNS, these cells are both self-renewing and multipotent, having been observed to give rise to certain neurons, astrocytes (albeit rarely), and Schwann cells, as well as oligodendrocytes in vivo, and so can reasonably be regarded as a type of adult neural stem cell. The response to demyelination causes OPCs to become activated, a morphological change accompanied by upregulation of genes not normally expressed in the resting state. Activated OPCs proliferate, migrate and rapidly fill up the demyelinated lesions at a density that far exceeds that in normal tissue. To complete the remyelination process, the cells exit the cell cycle and differentiate into myelin sheath-forming oligodendrocytes, which is a complex process involving axon engagement, ensheathment and formation of compacted myelin.

The article by Huang et al also provides a good review (it is open access) on the current pharmacological targets for remyelination as well as the barriers of remyelination (among which age, probably explaining while cases of ADEM in the adults show a worse outcome that cases in children).

Hope this brings some clarification!

Not the answer you're looking for? Browse other questions tagged neurology myelin-sheath or ask your own question.

2
Why aren't children affected by pins and needles as much as adults?