Can Smith-Lemli-Opitz Syndrome be caused by medication?

According to several medical resources, Smith-Lemli-Opitz Syndrome (SLOS) is congenital and caused by mutation, e.g.

A friend of mine, who is 4-month pregnant, recently took a medical test giving her a high probability (1 in 8 as the test paper says) of SLO Syndrome. She has mistakenly (not knowing she was pregnant) taken Diane-35 under her doctor's prescription for 21 days in her early pregnancy. Now my question is, given that no mention has been made of drug intervention relationship with the syndrome in the medical resources, at least in those I checked, and that she already has a successful pregnancy background, can SLOS be caused due to drugs? In case of abortion, how can she make sure whether she or her husband is carrier of the syndrome for future pregnancies?

Smith-Lemli-Opitz syndrome is a genetic condition that only occurs if both parents are carriers of the mutation. For each chromosome that isn't a sex chromosome, we get one copy from each parent, so we have two copies of every gene. The "autosomal recessive pattern" means that the condition is not linked to the sex chromosomes (autosomal) and only occurs in people who have two copies (recessive), one from each parent.

The parents, as carriers, themselves don't have any symptoms because they have a "healthy" copy of the gene in addition to the mutated gene. In a combination such as that, the risk of a subsequent child showing the syndrome is 25 percent, inheriting the mutation from both parents. 25 percent of children will get two "healthy" copies, and 50 percent will get one healthy and one mutated copies, and thus be carriers themselves.

I have included a link explaining this kind of inheritance at the end.

Genetics 101 with some more detailed explanation of the genetics

The following is of course, in case the diagnosis is confirmed.

SLO is an autosomal recessive pathology, which means both parents are carrier of one mutated allele of the DHCR7. They do not express the pathology because the other allele isn't mutated and this allows for a normal function of the DHCR7 gene.

This also means there is nothing that can be done about it. A birth-control pill doesn't have any impact on mutations or the genes in general, so no, it can't be due to drugs. 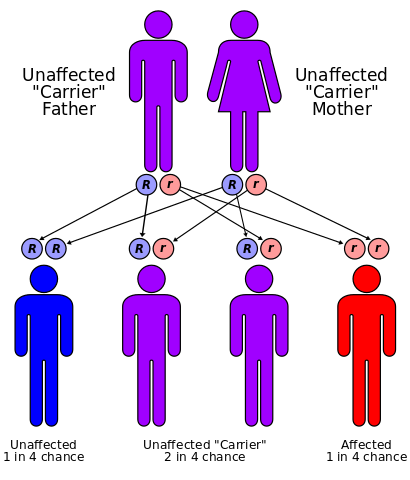 Each time this couple has a child, there is a 25% risk the child will have SLO syndrome. Because this is a high probability, they can be offered early prenatal diagnosis (so that if there's an abortion, it can be done early in the pregnancy) or pre-implantation genetic diagnosis (by selecting healthy embryos in vitro).

Edit: @YviDe answered first, but since I wrote this I'm keeping it for the "what to do for future pregnancies" part.

Not the answer you're looking for? Browse other questions tagged obstetrics congenital enzyme or ask your own question.

6
In childbirth, can one twin's arm stick out of the womb and then the other child is born first?
6
How soon can you know if you will have twins, triplets and can one increase this chance?
5
Can pregnancy lead to growing taller?
4
Can pre-ejaculate cause pregnancy?
3
Can sperm fertilize an egg before reaching full maturity?