Is smoking during pregnancy harmful to child and mother?

Smoking during pregnancy is bad. Really bad. It will be damaging to the baby, and possibly even to the mother.

Firstly, smoking during pregnancy increases the risk of miscarriages. It can also cause premature birth, which can lead to many health complications, such as low weight, feeding difficulties, and breathing problems. A mother who smokes while pregnant is also twice as likely to have abnormal bleeding during both pregnancy and delivery. This is dangerous for both the birth mother and the baby. Smoking can also cause some birth defects and puts the baby at a higher risk of Sudden Infant Death Syndrome (SIDS). The child also has a higher chance of having Cerebral Palsy (CP). When a child of a mother who smoked during pregnancy grows older, they might have lung and brain damage as they grow older.

If a mother is exposed to secondhand smoke during pregnancy, there is still a risk of many of the complications stated above. So, whether you are a pregnant mother or the husband of one or anyone else living or spending a lot of time with a pregnant mother, don't smoke. It's not worth it.

Smoking during pregnancy is related to many effects on health and it increases the risk in children as well. Even if the mother doesn't smoke, the risk increases significantly with higher amount of passive/secondhand smoking.

These health risks include:

Quitting smoking at any point during pregnancy is more beneficial than continuing to smoke, especially if it's within the first 12 weeks of pregnancy. 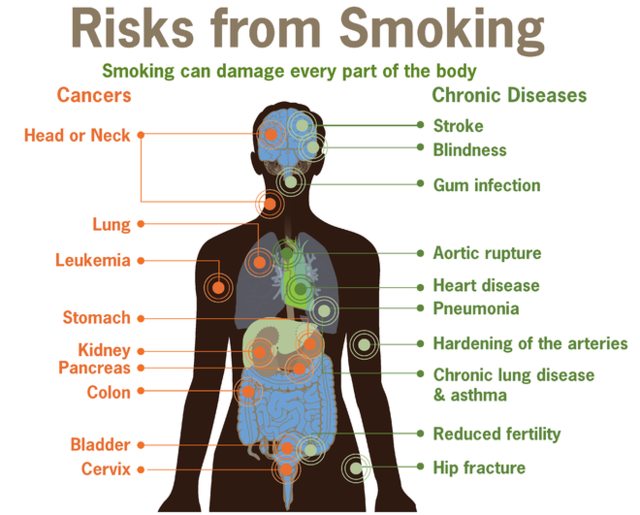 Not the answer you're looking for? Browse other questions tagged side-effects obstetrics smoking or ask your own question.

13
Effect of cigarettes on passive smokers
14
Alcohol consumption during pregnancy
9
What is the effect of smoking before or during early pregnancy on the baby?

14
Alcohol consumption during pregnancy
9
What is the effect of smoking before or during early pregnancy on the baby?
5
Using corticosteroids during pregnancy
11
What are the effects of routine and daily meditation and physical exercise on pregnancy?
5
Can pregnancy lead to growing taller?
3
Clonazepam and pregnancy
7
Pregnancy and flying