Where is this radius bone fractured 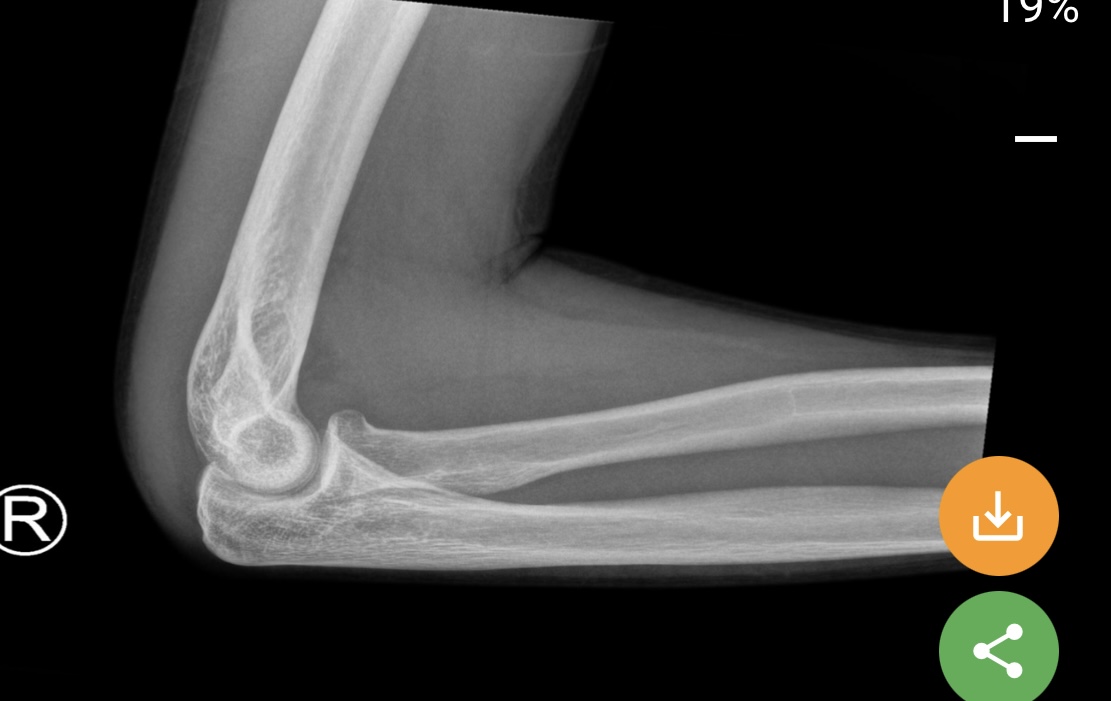 Apparently the anterolateral aspect of the radius head is fractured. I can not identify where this is.

After asking other people I believe it could be the hairline white line near the neck of the radius bone although it doesn’t match the description or the parameters of what can be identified from X-Ray.

The radial head isn't grossly abnormal. There's a tiny suggestion of a possible fracture in the angularity of the radial neck. There 'should' be a bit of a smoother transition from the head to the radial shaft. However, it might not be called a fracture but for the presence of an effusion (in this case blood) in the joint capsule.

There are positive fat pad signs on the radiograph above.

If you look closely at the distal humerus, you'll see a shadow/lucency that shouldn't be there: 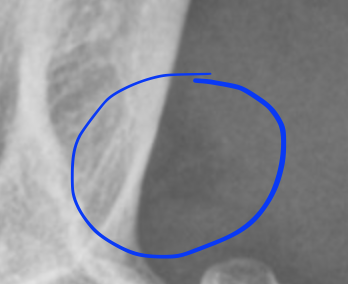 If you use your imagination, it looks like the sail of a sailboat traveling (?) westward. That's the sail sign.

If you look at the posterior humerus, you'll see a lucency all along the joint: 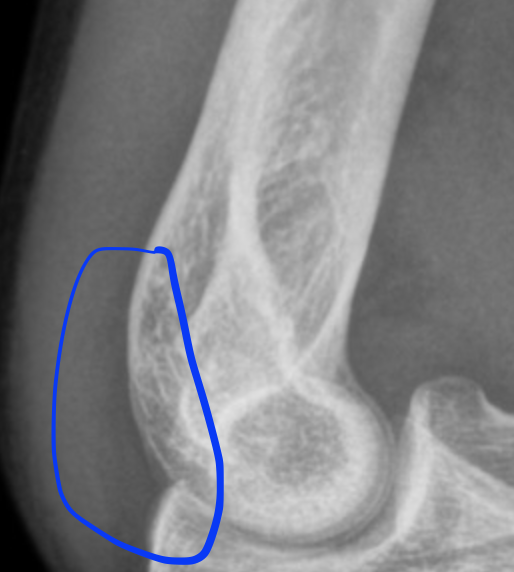 Without seeing more than one view, it's difficult to say where exactly the fracture is in the joint, but it's clear (if there's a history of recent trauma) that there's a fracture somewhere in the joint because of the two fat pad signs.

Would need another view. Most commonly radial neck fracture would be a compression / telescoping type fracture and the radial head does look slightly compressed on this view. Radial neck fractures are often subtle but also not that important clinically as there is no specific treatment required most of the time.

1
Is this a comminuted fracture?