How Long Must a Window Remain Open to Decrease the Risk of COVID?

Suppose there is an emergency and 10 fire fighters enter an apartment. None are wearing masks. Many public health authorities recommend opening windows to decrease the risk of COVID-19 infection.

The US National Institute for Standards and Technology has an interactive Virus Particle Exposure in Residences (ViPER) Tool.

Using this tool, it seems that opening a window for an hour in a small home (defined as 93m²) will decrease the number of viral particles by 19%. 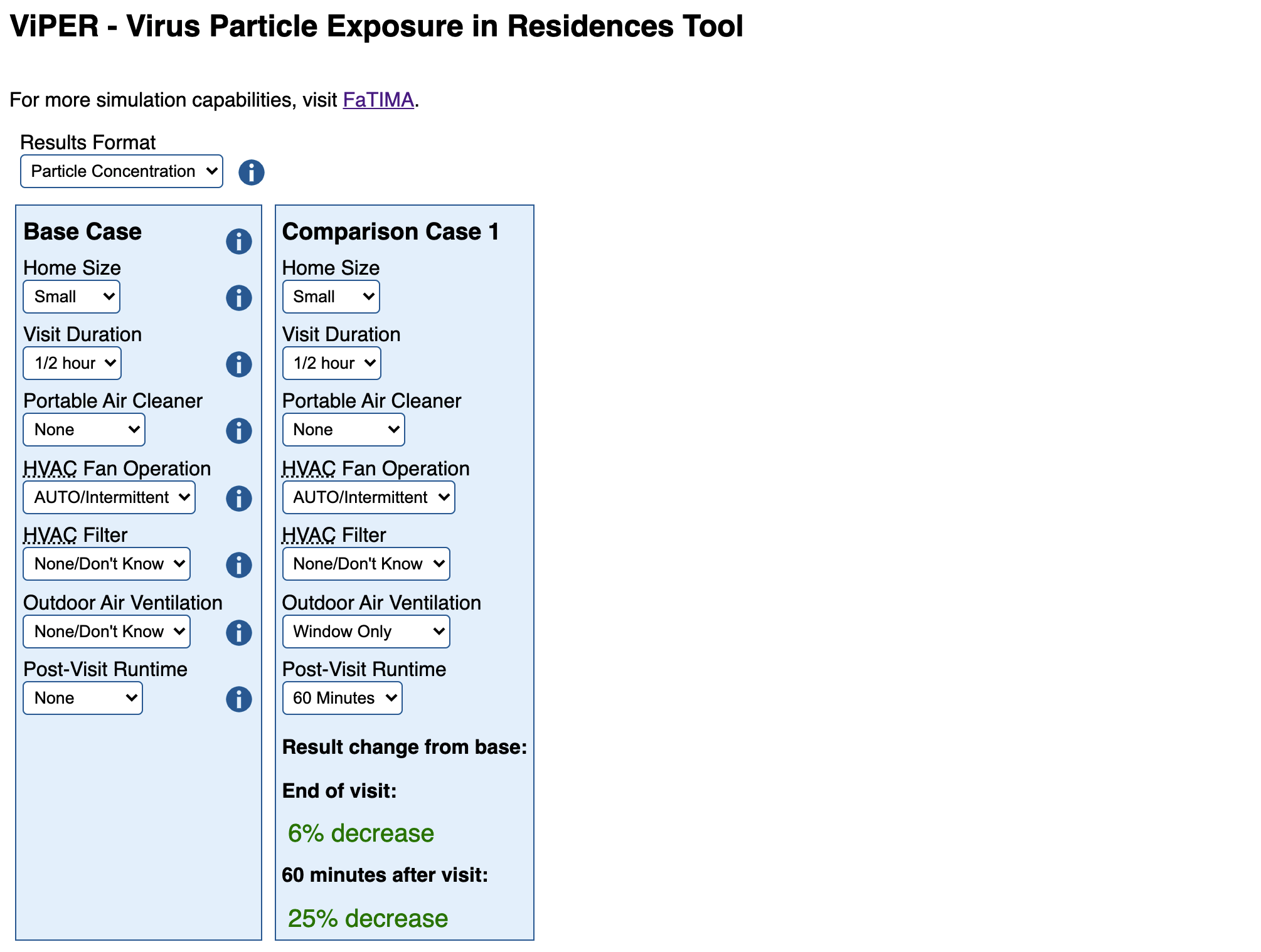 How long, then, should the window remain open to reduce the number of particles by 90%?

The premise of the question, that viral particles leaving through an open window is the dominant way risk decreases, is flawed.

As bob1 notes in the comments, decrease due to loss through the window will likely vary depending on temperature, wind speed, window area and more. Howard-Reed et al performed a study on how air change rates in two homes across seasons and window opening sizes.

Interestingly, they note that:

Opening a window by more than a few centimeters often produces a rapid influx of air restricted to a relatively small volume of the house for a transient period of a few minutes followed by a steady air change rate for the house as a whole. This whoosh effect ... is, of course, not the whole-house air change rate.

Across seasons and opening heights, opening a single window increased air flow by +0.03 to +1.24 volumes per hour (hr⁻¹). While likely not the average or median, +0.5 hr⁻¹ is a nice round assumption. 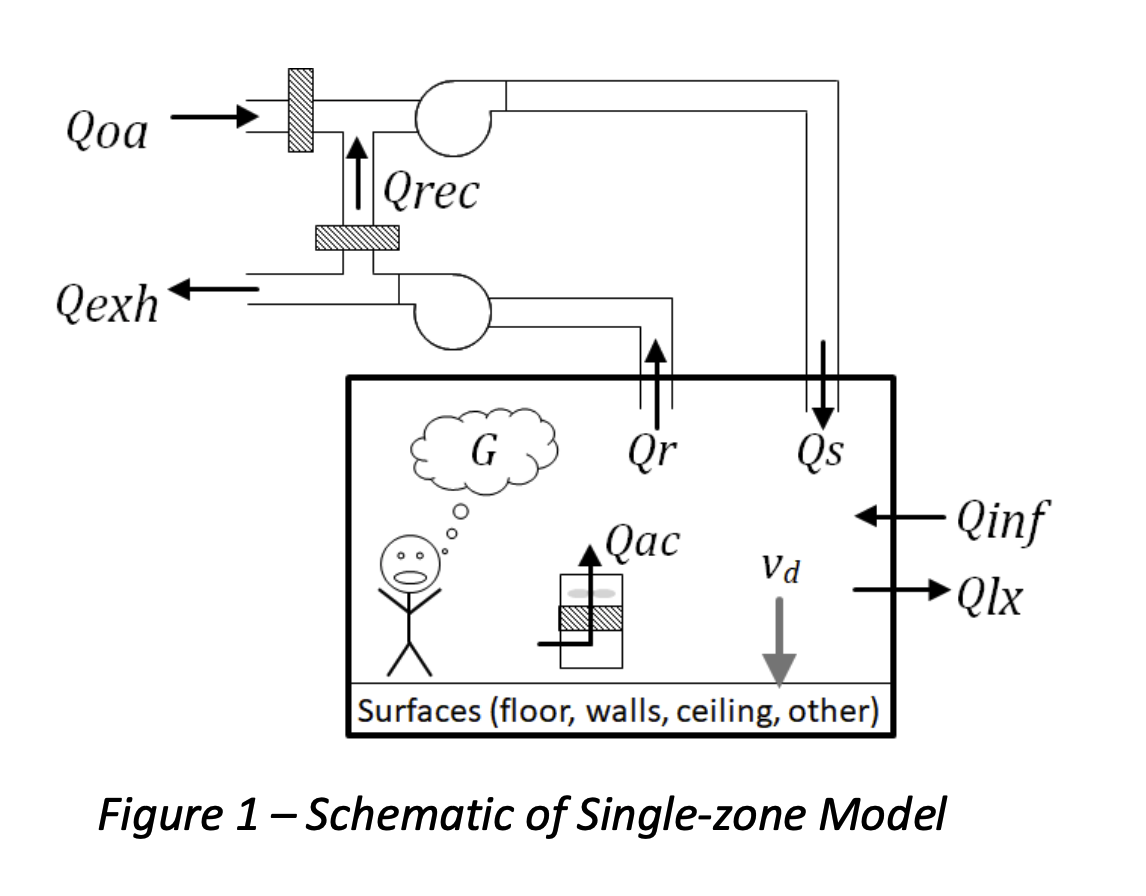 The critical value here is Qinf, or flux of infiltration. This includes infiltration that occurs with all windows and doors closed (ie Howard-Reed's "State Zero"), as well as additional flux caused by opening a window.

Finally, we need to determine the starting concentration of infective particles. A study by Cheng et al notes:

If we assume one of the firefighters was actively infected and there for 30 minutes, that's 3000000 particles.

If we put the 3000000 particles at the start and turn off any HVAC or filters, we have some interesting results.

The results show that the vast majority of particles are gone by 3 hours. 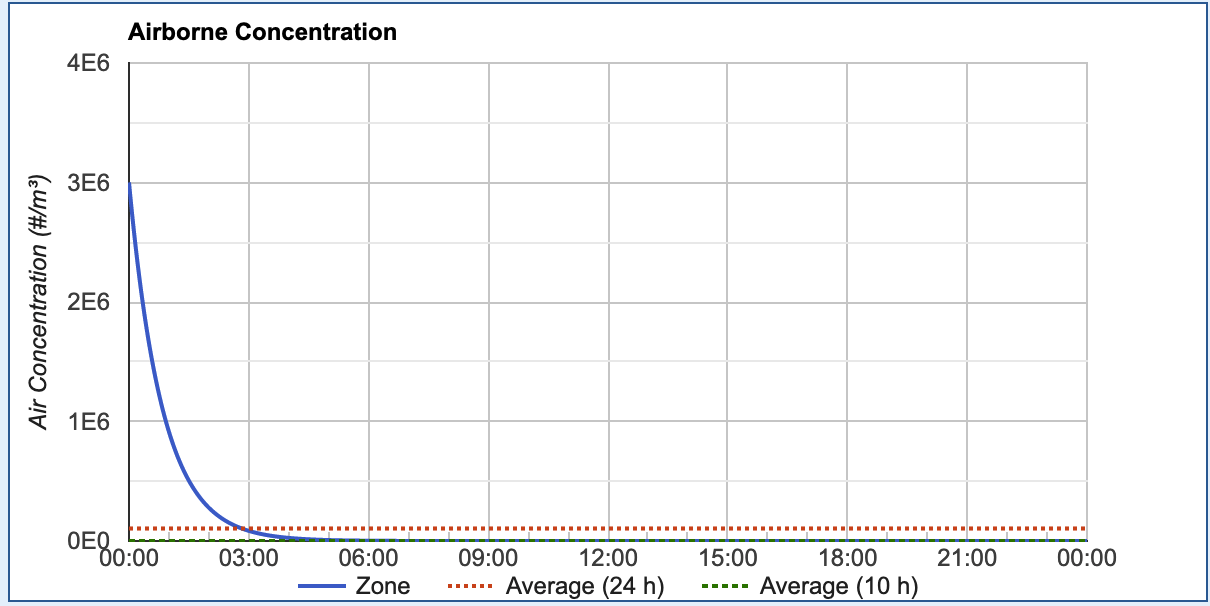 Most particle have been inactivated, but some have left through the "State 0" air change: 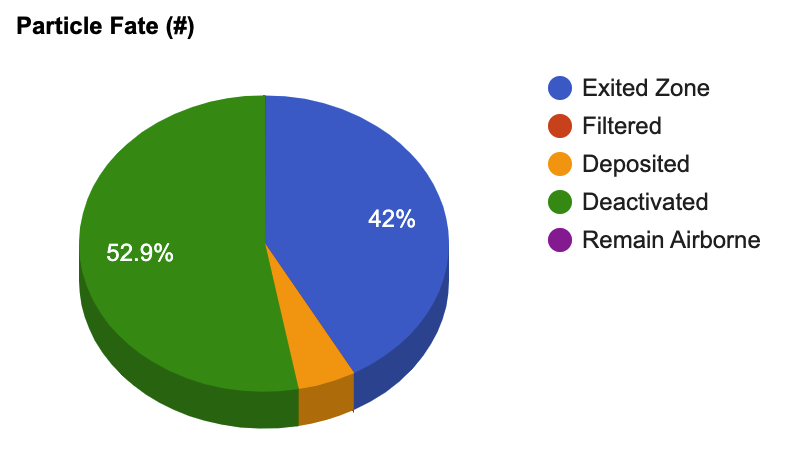 The inactivation rates used by the model appear consistent with US Department of Homeland Security Estimates.

If we change the parameters to increase Qinf by +0.5 hr⁻¹. 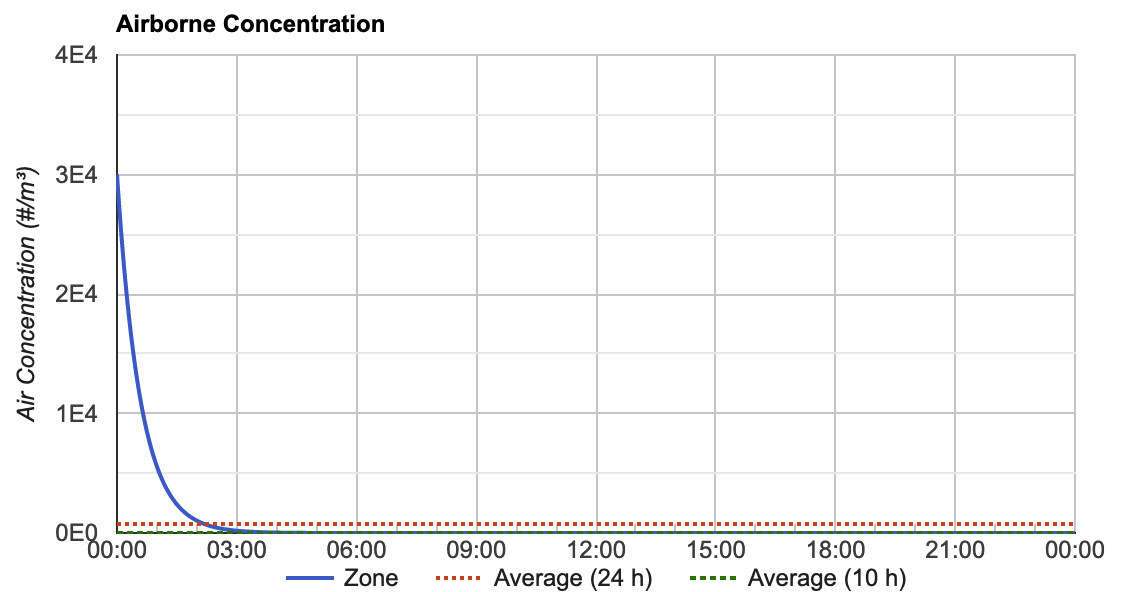 We can see that the vast majority of particles are gone slightly faster and more leave the zone rather than becoming inactivated. 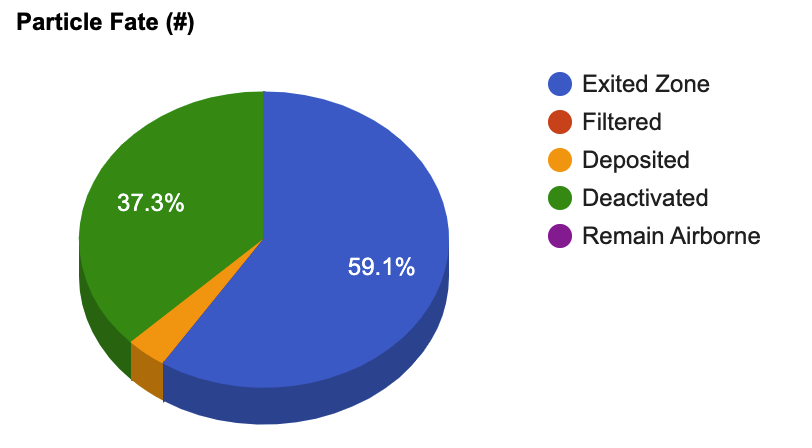 Thus, overall, the NIST model suggests that the increased airflow of opening a window has some effect, but overall, self inactivation of particles and deposition into the environment are also important forces.

Not the answer you're looking for? Browse other questions tagged covid-19 infection disease-transmission or ask your own question.

1
How would the tuberculosis vaccine (BCG) decrease severity of COVID-19?
0
Is open air spraying of disinfectant irritating the respiratory system and therefore increasing risk of infection such as COVID-19?
1
A study about blood differences and the risk for COVID-19
4
How long does COVID-19-induced anosmia/hyposmia last?
1
What is the distance the COVID-19 virus can travel in the air out of doors and remain infectious for someone breathing the same air?
6
How long does it take for the COVID-19 antibody to disappear?