Can a RT-PCR test claim 100% sensitivity and specificity?

A recent RT-PCR test for SARS-CoV-2 from a private laboratory lists the test's sensitivity and specificity as 100%. The test certificate lists this next to the result:

When I called to ask about false negative and positive rate, they confirmed that the test is 100% accurate, referring to the high number of cycles they run (42 I believe).

This sounds fishy to me, as surely one can at best claim something like ">99%" or similar, but not 100%. Other PCR tests I have done don't list the sensitivity and specificity, so unfortunately I can't compare.

Can a PCR test really claim 100% sensitivity and specificity, or has this been dishonestly rounded up?

Antigen tests seem to have a sensitivity of about 65.3% and a specificity of 99.9%, for example. 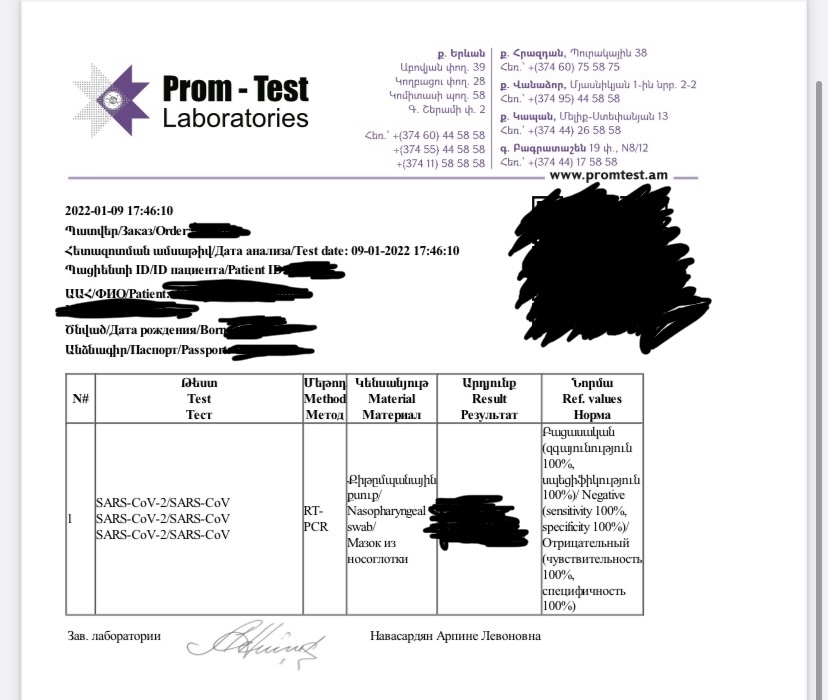 A diagnostic test should never claim 100% sensitivity or specificity.

So we are all on the same page, let's review what sensitivity and specificity actually mean. According to the US Food and Drug Administration, the organization which regulates medical diagnostic testing in the US:

As an FDA guidance document notes:

One of the key issues is that of the "reference standard", that is what actually defines that a tested condition is actually present or absent. The US Centers for Disease Control and Prevention notes:

Thus, the definition of sensitivity and specificity for a new nucleic acid amplification test (NAAT) is circular, with the reference standard being another NAAT.

Two sources of bias that originally motivated the development of this guidance include error in the reference standard and incorporation of results from the test under evaluation to establish the target condition.

These sources of bias and uncertainty are why reputable testing companies don't claim 100% sensitivity or specificity. The reality is that ">99% sensitivity" is also almost certainly overly optimistic and does not incorporate all of the possible sources of bias described in depth by the FDA.

Not the answer you're looking for? Browse other questions tagged covid-19 test sars-cov-2 test-results pcr or ask your own question.

3
Why are Novel Coronavirus anitbody tests disparaged?
2
How often is a Ct of 30 (or more) using the Charité protocol a false positive for Covid-19?
1
What is the principal goal in pooled COVID-19 testing?
2
Antigen vs PCR test