Are Monoamine oxidase inhibitors (MAOIs) as dangerous as they are made out to be? I am new to pharmacology, but here is my understanding of MAOIs and antidepressants in general:

Now it seems that if you inhibit the MAO enzymes, there is more tyramine which leads to an increase in catecholamines. This could cause a stroke.

Are there any agents that decrease tyramine in the first place? Wouldn't this make a person not have to follow a restrictive diet? 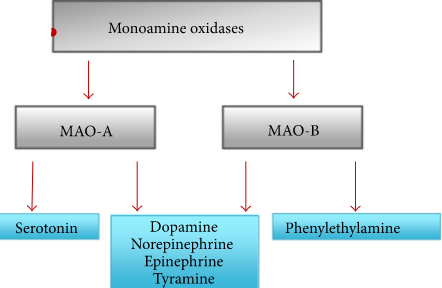 Now, as you said on the description, tyramine (as well as noradrenaline, adrenaline, dopamine)

Regarding the tyramine and RIMAs reaction reference

reversibility allows competition and so ingested tyramine (or other dietary amine) is able to displace the inhibitor from the enzyme and be metabolized in the normal way, in the gut and liver

Although better than the previous generations, RIMAs still have their limitations (to be metabolized normally) and in that sense the European Food Safety Authority recommends

to sum up, the best solution when taking this sort of medication is still follow a restrictive diet, low in tyramine (or other dietary amines).

4
Are there any long term health risks for a woman (and/or her children) when using hormonal birth control?