How can I take blood pressure into the cardiac output formula?

I wanted to know if there is some kind of formula that can help me calculate the cardiac output.

So, lets say we have a standing person. The StrokVolume should be around 100 cm2 for the average adult, and let's say for simplicities sake the pulse is 50. This person should have a CO of ~ 5L/minute.

If he lost a liter, his blood pressure would go down and his heart rate up, yet CO would go down, or if this person meets his superstar and has a vasovagal response his blood pressure would also go down and his heart rate up, and his CO would again be low leading to lightheadedness bc he won't pump 5L and only 4.5/min and now his brain now gets 10% less blood.

What I need is a correlation between Blood Pressure and cardiac output. Does blood pressure change the stroke volume? If yes - I would like to know how so I can take this into account. (e.g. for every % lost in BP his SV will go down .5%, even a graph showing the correlation will help)

For calculation of Bp and CO,

Now, there isn't any direct graphs for relation between BP and SV, theoretically we can see BP varies linearly with SV. However more important are changes which are observed with alterations, Important to understand is about Frank Starling Law, simply stated it tells volume of ejected blood in systole depends on initial fibre stretch of ventricular fibres(or otherwise stated venous return or blood that was present at end diastolic volume(EDV))

Now SV = EDV - ESV, and as per frank starling law, SV should depend on EDV but actually it means contractility of heart fibres has increased, (more elastic energy stored provided upto a physiologic limit)

Also EDV depends on blood returning to heart which is Venous return(VR) (it is just opposite end of CO) (ESV depends on contractility of heart, TPR, but I don't think we have graphs for actually stating that)

(Our circulatory system is a closed circuit, here we are counting changes in osmotic, hydrostatic pressure, etc. in pathologic conditions, however above equation will still hold true for changes, until compensatory mechanisms start to act(see below))

It means if BP is to be defined,

and now since above we have shown how CO depends on VR which also relates to SV, hence BP and SV dependent linearly(upto physiological limits)

Look at graph below: 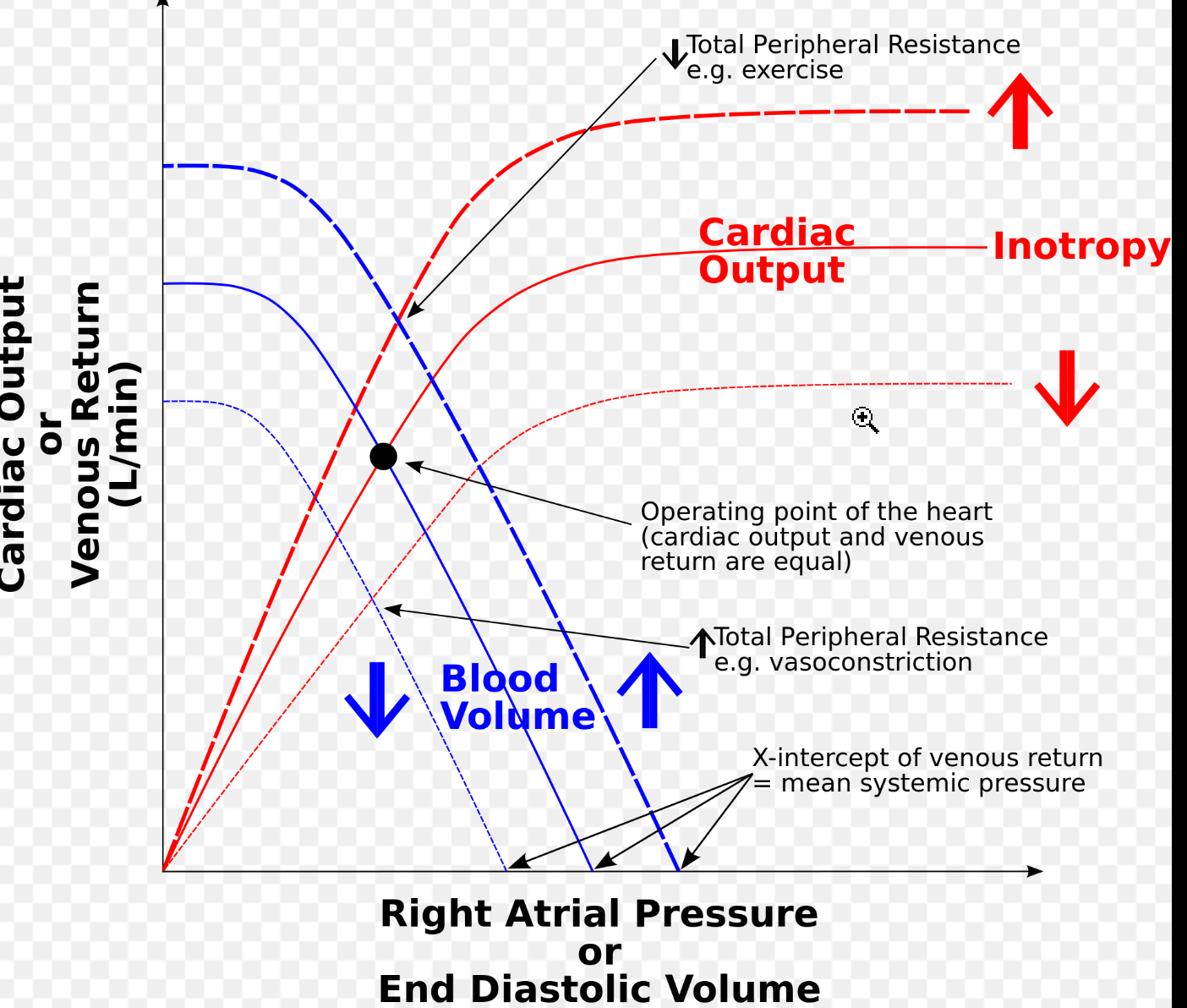 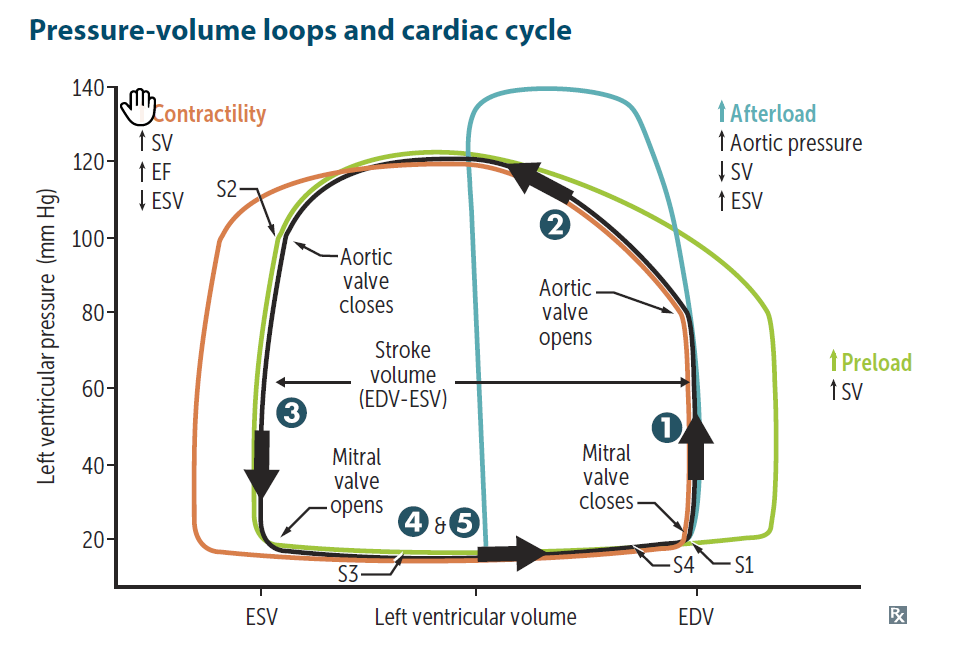 Note: Above graph tells about changes at level of heart, now local organ CO will depend on organ needs and local factors like vasodilation, vasocontriction, hormonal changes will also play ultimately all maintaining tissue perfusion.

Although for accounting local factors you need to search for graphs of perfusion for each organ separately, following table may be useful. Use it in conjunction with above information which forms the global relation for BP and SV.

Refer to this table for CO % of various organs, from Guyton and Hall(12ed pg 192) 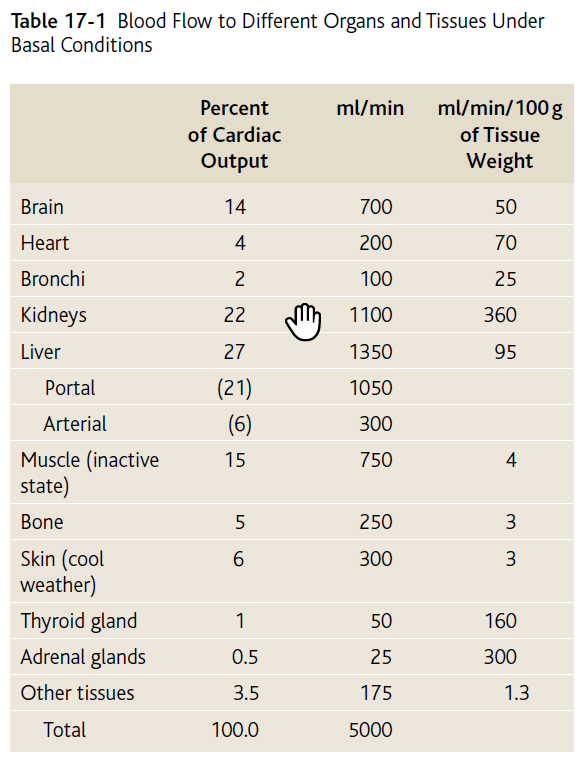 Not the answer you're looking for? Browse other questions tagged blood blood-pressure heart or ask your own question.