Why does the world-wide COVID-19 death rate appear to be constant? 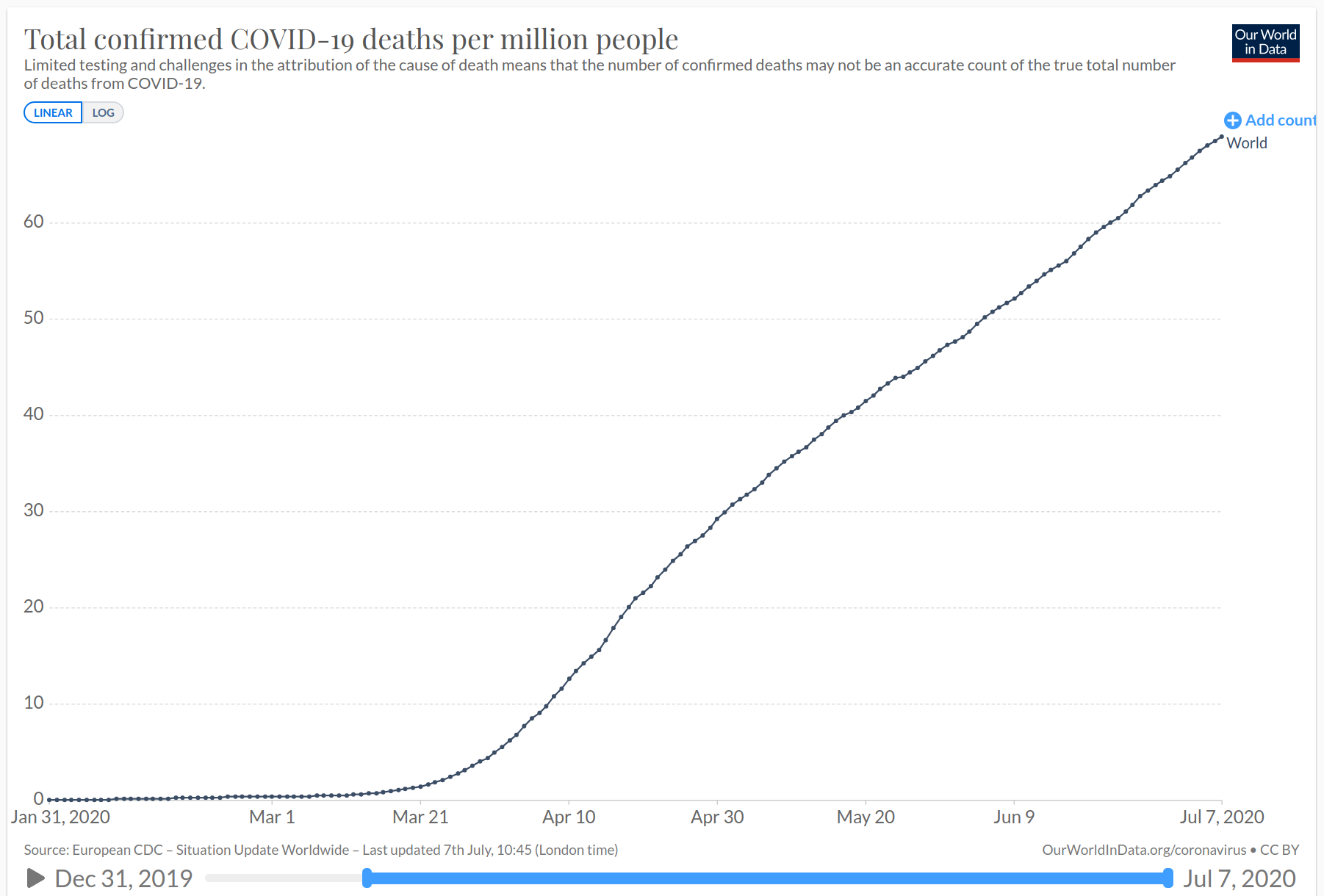 One would normally expect the total deaths to be growing exponentially (going viral) or to be damping down and approaching a constant (zero new deaths).

But for the last three months, this graph appears almost linear, indicating a constant world-wide per capita death rate.

Linear growth is very rare in nature, so what factors account for the phenomenon in this case?

It's nine months later, and except for a slight bend in November, the graph still looks very linear (and definitely not exponential as one might expect): 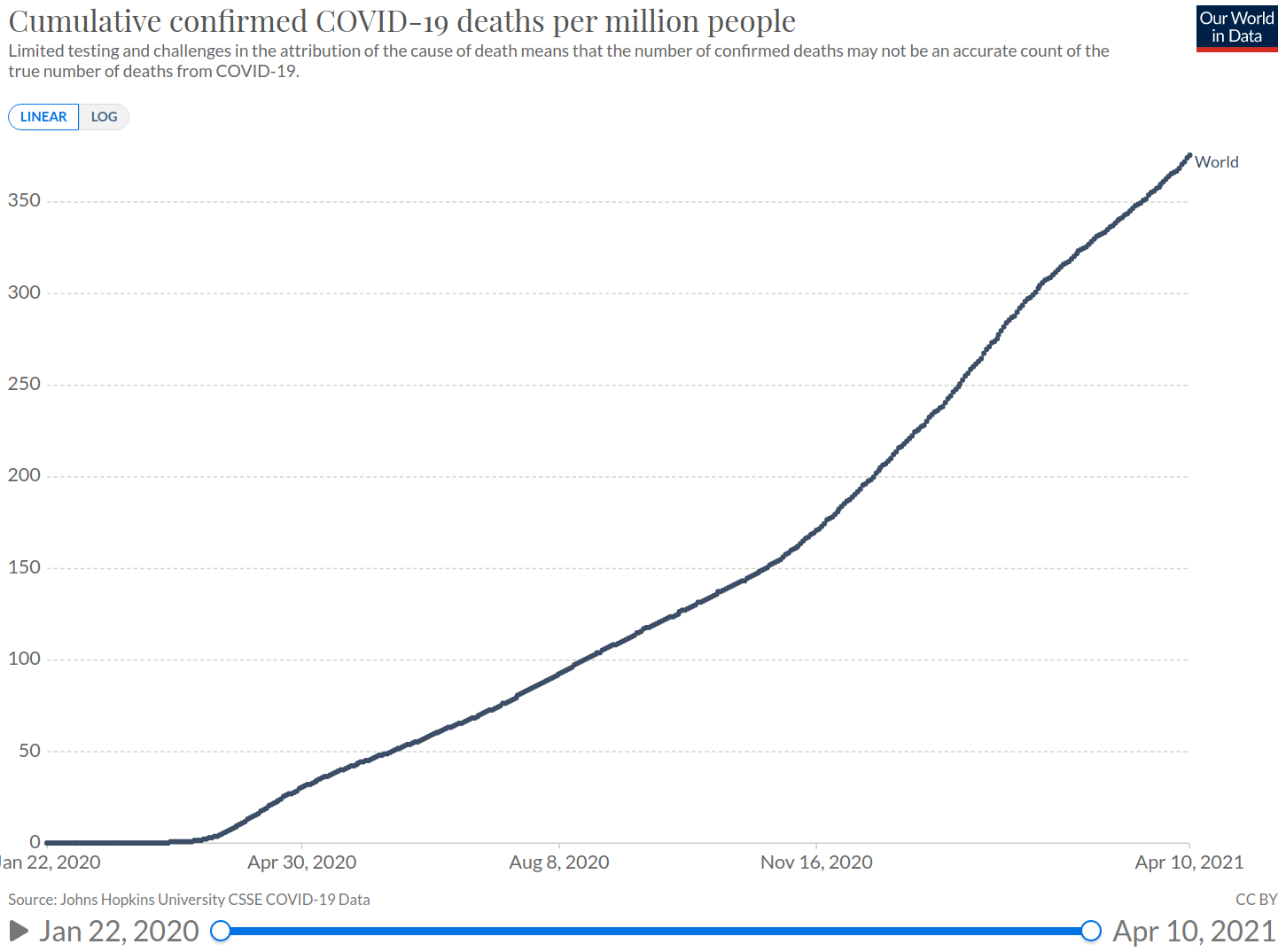 Browse other questions tagged covid-19 statistics or ask your own question.

7
Why does COVID-19 appear more infectious than SARS?
2
Why does the CDC say there are an order of magnitude more COVID-19 deaths than COVID-19+Pneumonia?
3
Does any country have Covid-19 death (or infection) statistics by occupation?
2
Why has covid-19 death rate reduce over the months?
2
Why Covid 19 death record shows ridge and trough?
1
Why does San Marino have the most total deaths per million and a CFR of 1.8%?