It seems every journalist has his favorite expert that they can quote to whip up a CFR or IFR number for influenza. (For example, a question here [which no longer has this information] said that the IFR for influenza is 0.1%, although I think the unclear passages in the sources cited e.g. are actually talking about CFR. A Bloomberg piece which is more clear/explicit that it is talking about IFR puts it at 0.04%, but again the source is some expert interviewed.)

It seems substantially harder to find some meta-analysis giving such IFR figures for influenza.

What I could find in the peer-reviewed literature is that the asymptomatic rate for influenza isn't a slam dunk:

So it doesn't look like one can resort to a generally accepted asymptomatic ratio and simply multiply any random CFR from influenza studies with that.

Not that the CFR for influenza seems very easy to pin down either, e.g. a meta-analysis on 77 studies on the H1N1/pdm09 CFR found a large range. Oddly, this paper's abstract doesn't report the more usual meta-analytic attempts at some central value with confidence intervals.

So yes, they estimated the IFR for H1N1/09 to just 0.001% to 0.01%. But supposedly the seasonal influenza, H3N2 in particular, is more deadly than H1N1 (but even that relative proportion might vary with the age group.)

But perhaps there is less disagreement on the CFR for seasonal influenza.

So, are there such IFR (not CFR) estimates for seasonal influenza? In particular, I'm most interested in global estimates rather than focused on one country and in meta-analytical results rather than single (outbreak/season) studies, but I'll relax my requirements if they are too strict in producing any answer.

This isn’t really an answerable question as is because influenza isn’t an illness. It’s a group of illnesses caused by a pretty wide variety of infectious agents. For starters:

and it will vary from year to year:

Aside: Although nominally it’s not a question you’re asking, I would suggest you look at the number of deaths,total, in places where the SARS-CoV-2 virus has spread the most, like New York City. See row below, but NOTE: NYC deaths are around 26,000, last I checked, per NYTimes. So nearly .2% of NYC is dead due to COVID. 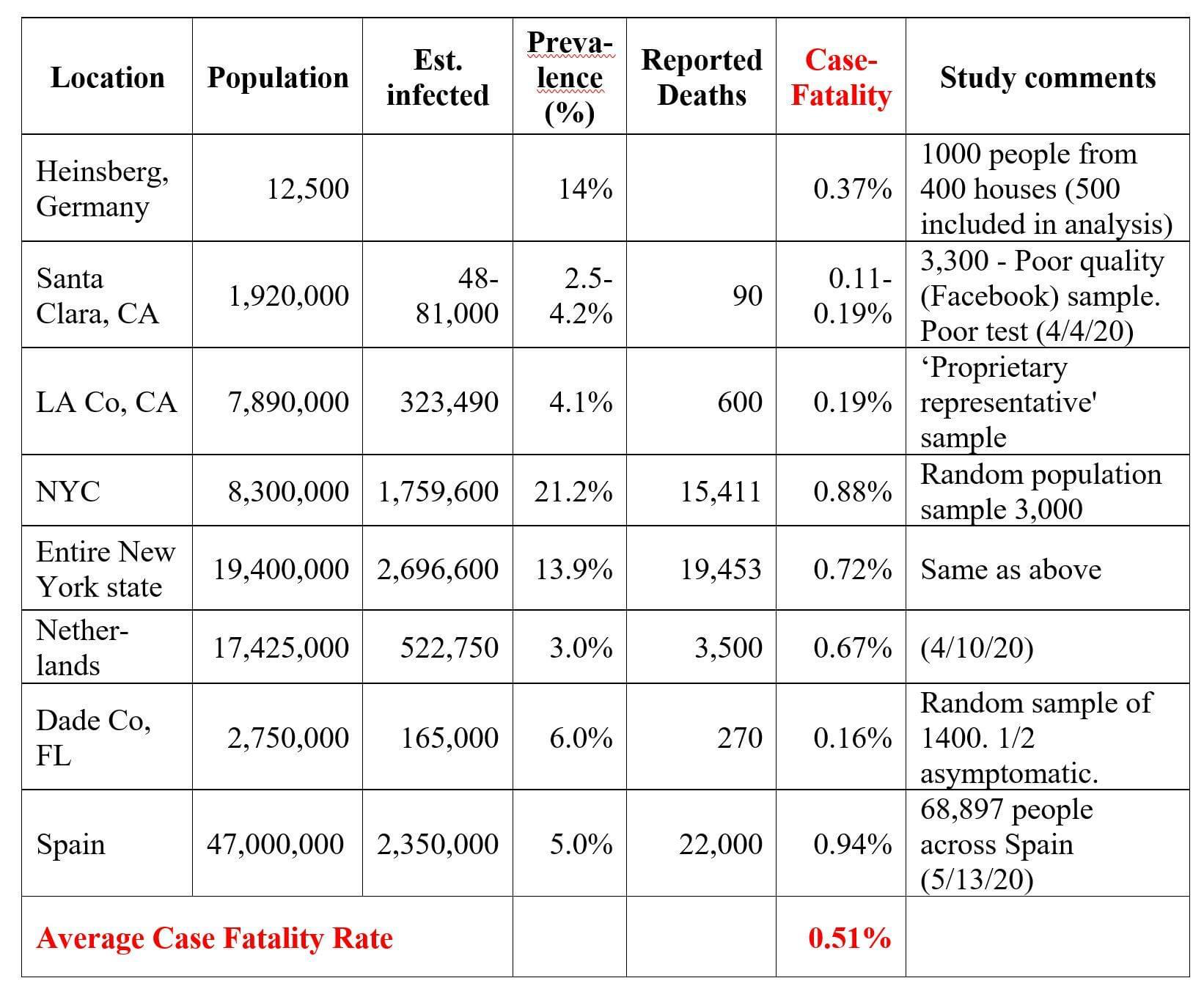 I mentioned it here instead of in a comment so that I can post the image; forgive the rule bending.

Not the answer you're looking for? Browse other questions tagged epidemiology influenza or ask your own question.

1
How is the total calculated for influenza vaccination coverage calculated?
5
Is the 2017-2018 flu vaccine a "good match" for circulating influenza viruses?
4
How likely is the seasonal flu shot to protect you from a flu pandemics?
0
Fatality rate estimation
2
Was it a lab accident or something else that re-released H1N1 in 1977?
4
Is there a simple plot comparing covid lethality to flu as a function of age?