How long does COVID-19-induced anosmia/hyposmia last?

There is already good evidence from South Korea, China and Italy that significant numbers of patients with proven COVID-19 infection have developed anosmia/hyposmia. In Germany it is reported that more than 2 in 3 confirmed cases have anosmia. In South Korea, where testing has been more widespread, 30% of patients testing positive have had anosmia as their major presenting symptom in otherwise mild cases.

How long does COVID-19-induced anosmia/hyposmia last?

I have crossposted the question at:

The early data from the symptom tracker at Kings College, London

Since then, researchers at Kings College London have developed an app, called the COVID-19 Symptom Tracker, for British citizens to document their Coronavirus Experience. It now has around 2 million users, Hopkins says, as Britons are encouraged to map their symptoms on a daily basis, even if they're feeling well. The goal is to learn more about the onset of the infection and "identify which symptoms occur at which stage of the disease." When Hopkins first put out the organization's statement, loss of smell was not included among the app's options. But she got in contact with the development team and convinced them to add it.

While anosmia was not initially in the symptom tracker, it was added later on and

The app team released a statement this week announcing that sense of smell is "actually the strongest symptom to predict infection," according to Hopkins, including when compared to fever. They found 60 percent of patients who tested positive had lost their sense of smell, while in those that tested negative, only 18 percent had anosmia symptoms. This offers more specificity than a fever, which was commonly found in those who tested negatively. The takeaway, Hopkins says, was that "anyone with new onset loss of sense of smell should be self-isolating, and ideally tested." It's an early warning sign. Hopkins has developed a cohort of around 2,500 patients she's monitoring, and while the exact timeline of when anosmia occurs still isn't clear, she says around one-in-four lost their sense of smell before developing any other symptoms. Another one-in-four develop it around the same time as other symptoms, and for the other half, it comes after.

Unlike with smell loss due to the common cold, there's no physical blockage in most COVID-19 patients. The odor is getting back there, but the receptors are damaged. "Coronavirus in particular can damage the nerve and then travel along the olfactory nerve to the olfactory bulb, which is the more simple processing part, and of course damage that as well," Hopkins adds. "Now fortunately, the olfactory nerves have the ability to recover, which is why they're being used in research for spinal cord injury. So they can regenerate and your sense of smell can return."

There are stem cells which allow the nerves to regenerate

"There are certainly people who have persistent, severe anosmia after post-viral infections," Hopkins says. "We know you can get persistent loss. Coronaviruses are known to cause long-term loss. Obviously, it's too early to tell what proportion of patients with COVID-19 will have long-term loss, but if you look at studies with post-viral loss in general, at least two thirds will make a good recovery. But that means that as many as one in three may not fully get their sense of smell back. In our cohort, at least 60 percent of people were seeing improvement within two weeks, and I just sent out a follow-up again today to try and see people beyond that."

And more recent data from a French April 2020 paper of 417 patients: 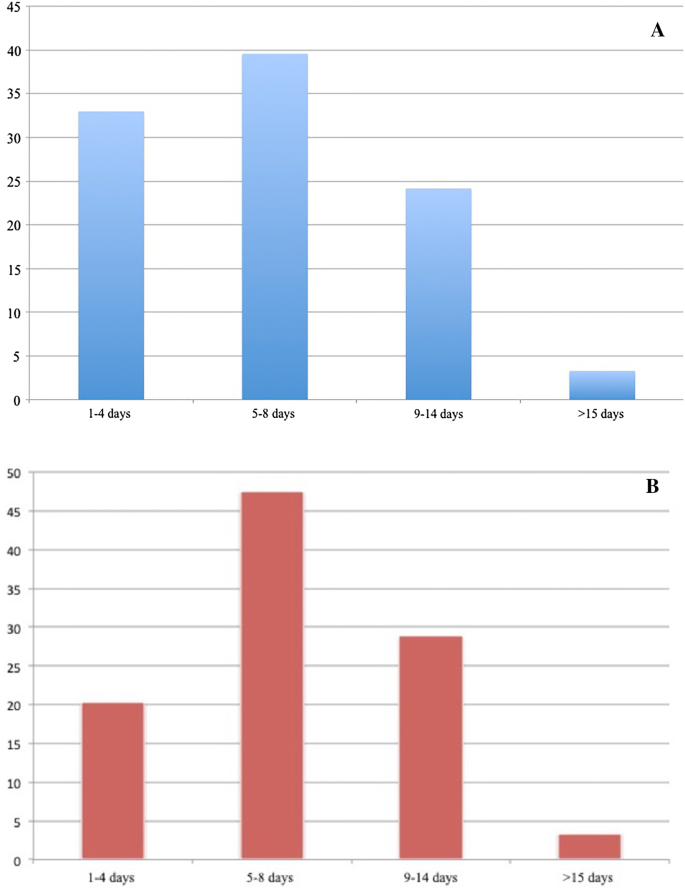 Not the answer you're looking for? Browse other questions tagged covid-19 anosmia or ask your own question.

2
What percentage of otherwise asymptomatic covid-19 cases are presenting just with anosmia?
2
Is there a graph over time of Covid-19 test positivity rate in the US?
3
For how long does the legal requirement to report deaths after COVID-19 vaccination to VAERS last?