When could chloroquine and hydroxychloroquine be widely available for Covid-19 treatment? [closed]

Want to improve this question? Update the question so it can be answered with facts and citations by editing this post.

According to this article, chloroquine and hydroxychloroquine could be effective treatments for Covid-19.

Assuming the drugs are well tolerated in clinical trials and seem effective at treating COVID-19, the FDA will take measures to increase the nation's supply, according to Hahn.

Assuming best case scenario, when could these drugs be made widely available to treat the disease? By "when," I mean how long is it likely to take?

Let's not get ahead of ourselves here.. chloroquine/hydroxychloroquine (and possibly in concert with azithromycin) have been touted over the past few days as a possible treatment regimen.

And there's some cause for that - the antiviral properties of chloroquine/hydroxychloroquine in vitro are broad and it's been trialed against various things (HIV, Ebola etc), however this hasn't always transferred particularly well into an actual treatment. And there's some research suggesting that it can successfully battle SARS-CoV-2 in vitro too. However, killing something in a petri dish is one thing, treating a disease in a human is another.

There has been some preliminary trials done - I believe there's been some fairly non-specific vagueness about it being promising when used in China and there's a relatively new study that's come from Gautret et al in France.

The Gautret et al paper looks promising - on the surface. It seems to suggest that treating people with a combination of hydroxychloroquine and azithromycin looks great: 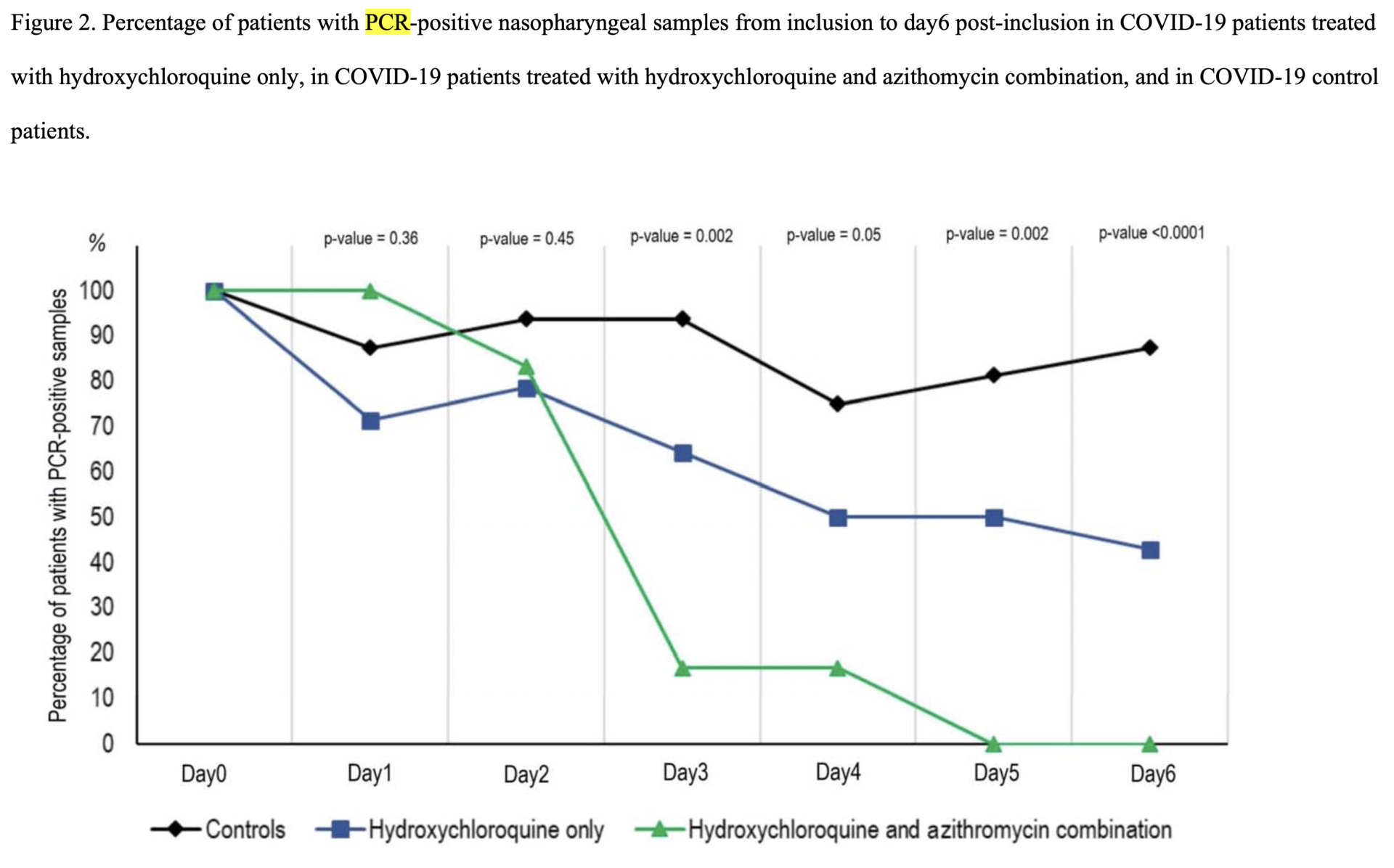 Unfortunately though it's not that simple.. first up we aren't talking about a great number of people here. The entire study comprised 42 patients (16 of which were the control), which isn't a huge sample size. And any patients who were on the treatment who got worse were removed from the analysis:

So the picture isn't quite as rosy as the graph makes it look. Some people on this treatment still got worse, one died.

It get's even shonkier (technical term) when you look at the large swathes of control patients who didn't have the PCR test done for viral loads: 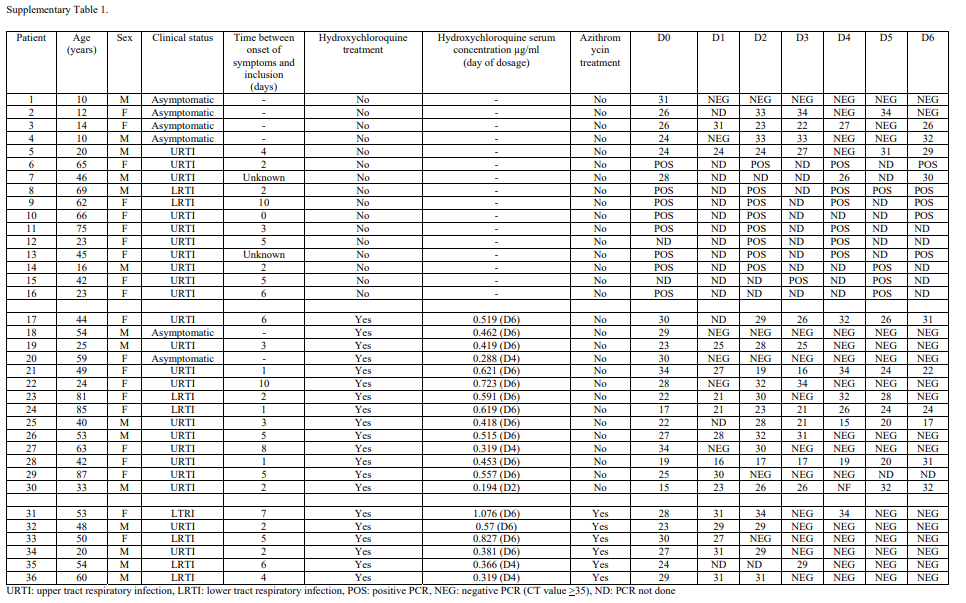 They effectively only properly measured the viral loads for 4 of the 16 control patients, so trying to compare the groups is verging on meaningless.

So before we look at "when" they'll be widely available to treat SARS-CoV-2 I'd be more concerned with answering whether they should be used to treat it. Hydroxychloroquine is not exactly harmless - while less toxic to humans than chloroquine, it's not something to give lightly, it can have immunosuppressant effects, and in sufficient dosages can result in potentially lethal cardiotoxicity.

It may yet prove to be an effective treatment - and the WHO is trialing it (along with other potential treatments) as part of their mega-trial SOLIDARITY, but let's not get too excited just yet.

1
Could increased testing for COVID-19 slow its spread enough to allow the relaxation of social distancing measures?
3
Why it's said a coronavirus vaccine wont be ready for using in 12-18 months when for the H1N1 2009 outbreak there were vaccines available in 6 months?
1
Is there any upside of using N95 masks instead of N99 or N100 to protect against COVID-19?
4
Safety data on chloroquine?
3
How effective is eucalyptus-based treatment for curing COVID-19 (or coronavirus in general)?
11
Why does the World Health Organization still treat COVID-19 as a pandemic, when it is now reportedly causing fewer deaths than influenza?