What does it mean to die from midbrain congestion?

The death certificate of a relative who died in Spain in 1887 states the cause of death was a midbrain congestion (congestión del mesencéfalo in Spanish). He died in a psychiatric hospital at the age of 41.

What does it mean to die from congestion of the midbrain?

Some family stories assure he committed suicide. Is this compatible with the recorded cause of death?

Although I doubt that term would be applied to a suicide in a modern country, death records can be unreliable in other times and other cultures when suicide was involved. 100+ years ago suicide was often considered shameful and embarrassing to the family, so it's possible the death record was falsified to protect the family name. Since we have no way of ruling suicide in or out, it's a moot question that I will ignore.

There are several uses of the phrase "congestion of the midbrain" found in neurology texts and they all occur in the context of expanding masses. I can't copy/paste from Google Books so you'll have to follow the links to read it as text. 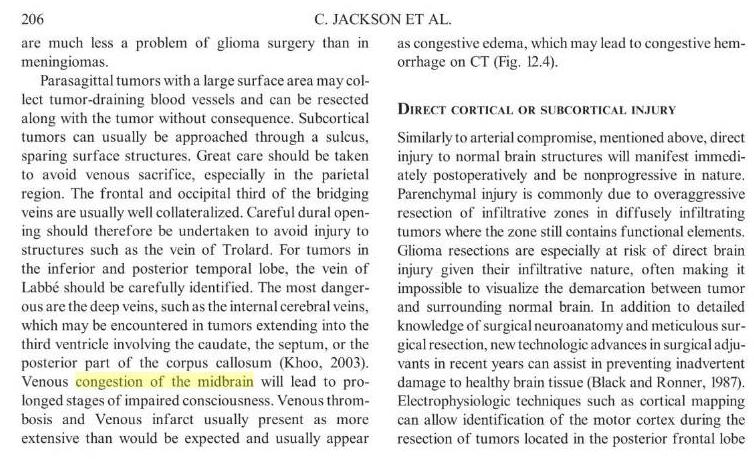 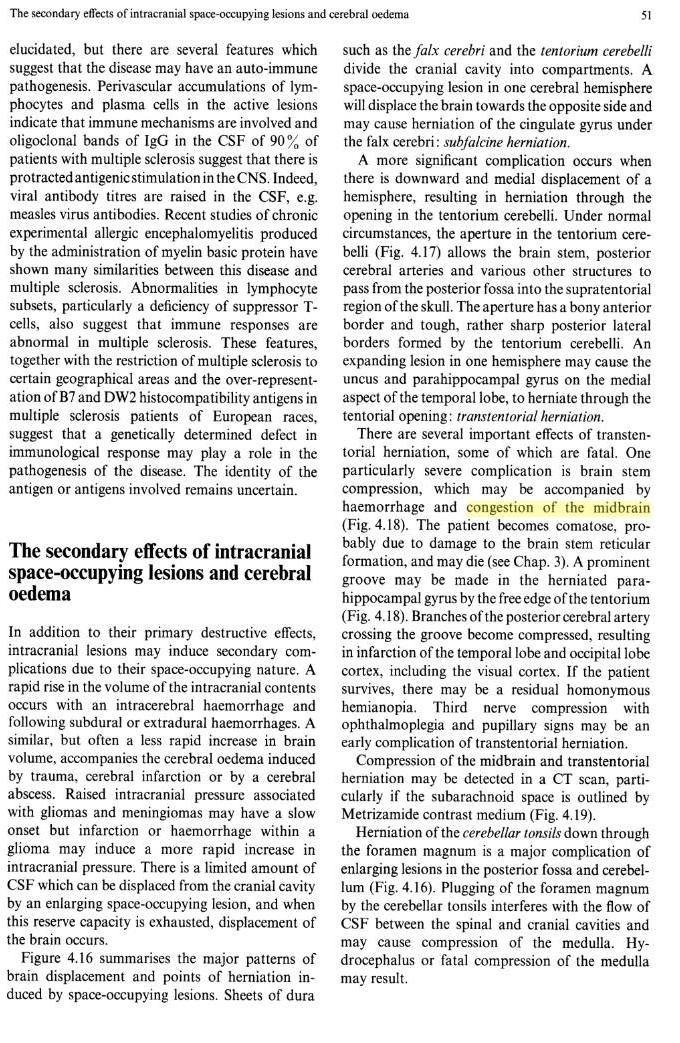 If you search on the more common English wording "midbrain congestion" you'll find many more references, most of them also discussing brain tumors and other causes of increased pressure within the skull. Google finds no hits at all on the Spanish expression "congestión del mesencéfalo."

Remember, this is completely speculative.

Not the answer you're looking for? Browse other questions tagged death medical-history or ask your own question.

3
When should I drink from the sea?
1
Does Clinical death experience and sleep paralysis experience the same? did anyone die due to sleep paralysis?
2
How long does it take to die from drowning?
2
What sort of damage would someone get from a 80ft drop?
1
Can someone die of asphyxiation while still having high oxygen saturation?