What causes a notch in the atrial pressure?

I wanted to know why there is a sort of fluctuation in "E" in the tracing of the atrial pressure right before the mitral valve opens (not the notch because of the Aortic valve closure). 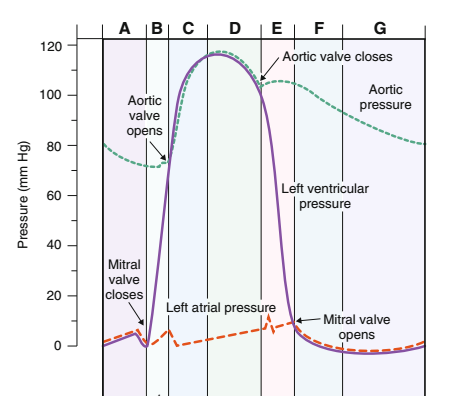 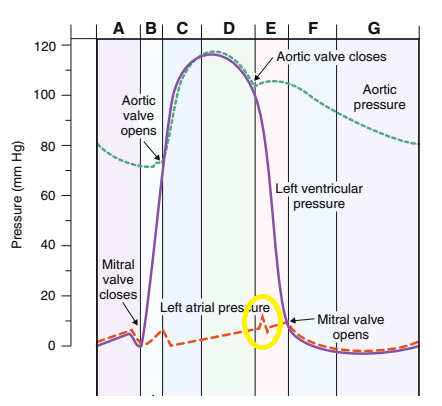 The left atrial pressure tracing here is not the best part of this figure. It might have some pedagogical value if it were discussed in the text, but it's not.

Measuring left atrial pressure directly requires a puncture or a pathological condition (e.g., a septal defect). This is why you'll typically see pulmonary capillary wedge pressure instead of direct left atrial measurements. This tracing corresponds more to a simplified rendering of what would be expected in a wedge pressure tracing, vs. direct left atrial measurements. The fluctuation appears to be an exaggeration of the response to pulmonic valve closure. As discussed in the same chapter in Costanzo, on inspiration, the pulmonic valve closes after the aortic valve. This would correspond to splitting in the second heart sound and, at times, a brief blip in wedge pressure. It is not nearly so clear in an actual tracing, though.

If you look a little lower in the figure, you'll see the fluctuation you're interested in corresponds with the tail end of the second heart sound. 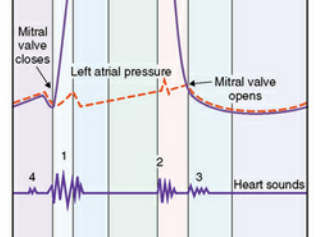 13
What do blood pressure readings indicate?
8
Blood pressure in aorta vs. blood pressure in brachial artery
9
Benefit of closing atrial septal defect in adults
12
Can stress increase blood pressure?
4
Decisions about anticoagulation in atrial fibrillation: how to factor in thrombocytopenia?
1
Are there a maximum number of times for surgical ablations on patients with Atrial Fibrillation?
0
What is the field of medicine divided into? E.g. Anatomy and physiology
1
Correlation between blood pressure and cardiac output in the elderly
3
Ventricular diastolic pressure?
1
What is the functional difference between cardio-pulmonary and the baroreceptors in the regulation of Blood pressure?