How many people die due to various substance (illegal ones/legal/dangerous ones) per user? 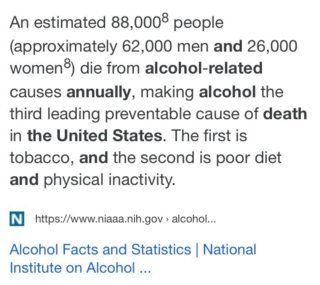 Then I want to compare that with the same ratio for

Is death per user increase or decrease in places where those are legal/criminalized?

How do I get that data? Anyone studying this?

It's a simple statistic.

If I did some research I often see graphs like this 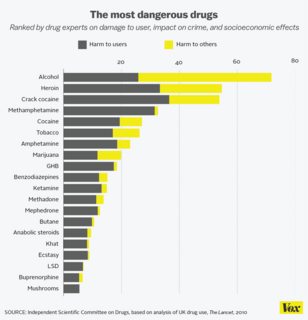 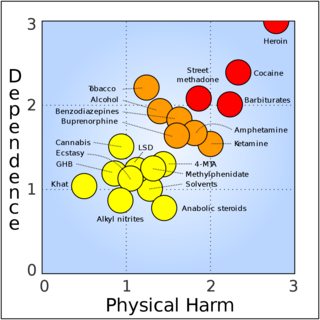 The lancet source is this https://en.wikipedia.org/wiki/Substance_abuse 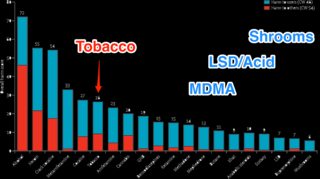 However, this may not convince many skeptics.

So I tried something objective.

How many people that use MDMA will die due to MDMA.

I will also take into account that MDMA are less addictive. So yes. We will be comparing those who use MDMA like once every 2 months with heavy smokers. It's still a fair comparison because cigarettes are addictives and MDMA isn't.

I wonder if such research have been done?

Another thing I want to examine will be dangerous that doesn't lead to death. Things like permanent IQ decrease, for example. However, this question ask about something whose meaning is obvious. Death.

Another useful stats is usage vs https://en.wikipedia.org/wiki/Years_of_potential_life_lost

I wonder if there is any research on that.

This one says that there are 600 death due to MDMA usage https://drugwarfacts.org/node/3484

However, it doesn't tell how many people use MDMA in US. So I can't compute the ratio and compare the ration with cigarettes.

Sample of good answer will be something like this: 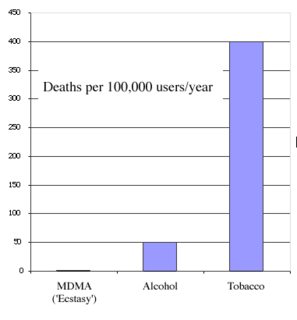 I repeat that again

So we already got 3. Alcohol, Cigarettes, and MDMA. I want more numbers to around those 8 I think?

If it's too broad, then I just want MDMA, Meth, Heroin, Cocaine, and LSD, and Weed.

Partial answer is good enough. So if you know the ratio for weed, then that's good enough. The best answer will be the one that show more.

I have found data from different sources, mainly for the UK. Please note that the data are for substance-related deaths, so they include substance-specific deaths plus deaths related to the use of a drug (for example, heroin-associated death can be from fentanyl in it, and alcohol-related deaths can include car accidents).

Substance use-related deaths per 100,000 users in 2011 in UK (The Single Colony, sources: Home Office and Office of National Statistics):

Why did heroin-related deaths per 100,000 user increase?

However, most recent cases of fentanyl-related harm, overdose, and death in the U.S. are linked to illegally made fentanyl. It is sold through illegal drug markets for its heroin-like effect. It is often mixed with heroin and/or cocaine as a combination product—with or without the user’s knowledge—to increase its euphoric effects.

Overdose deaths involving synthetic opioids other than methadone, which includes fentanyl, increased almost 47% from 2016 to 2017.

Reports from law enforcement indicate that much of the synthetic opioid overdose increase may be due to illegally or illicitly made fentanyl. According to data from the National Forensic Laboratory Information System, confiscations, or seizures, of fentanyl increased by nearly 7 fold from 2012 to 2014.

Why did methadone-related deaths per 100,000 users increase?

Methadone has been initially prescribed as part of recovery from heroin addiction, but is now also prescribed as analgesic. Methadone has a short analgesic duration (6-8 hours) and long elimination half-life (128 hours), which increases the chance of overdose when taken every 6-8 hours. Further, the use of street methadone, which may not be pure methadone has increased in recent years. So, circumstances in which methadone is used recently have changed, which may explain increasing methadone-related deaths per 100,000 users from 2007 and 2011 in the UK.

Not the answer you're looking for? Browse other questions tagged statistics or ask your own question.