In which version of the ICD was homosexuality classified as a disease?

In Wikipedia article it is said, that in ICD-9 homosexuality was listed as a disease and that it was removed from there in ICD-10.

From third party sources, I knew, that homosexuality was listed under number 302.0 in ICD-9.

Unfortunately in ICD-9 service I see Ego-dystonic sexual orientation under this number.

This means person knows his orientation and wishes to change it.

But this is not what "homosexuality" means (sexual affection directed to same-sex partners).

So, the question is: was homosexuality itself ever classified as a disease and when it was?

I should look at the actions of American Psychiatric Assocation (APA) (1).

Although American homosexuals today are still struggling for equal rights, no shift has been more drastically beneficial for the status of homosexuality than its declassification as a mental illness. The American Psychiatric Association’s Board of Trustees passed this groundbreaking decision unanimously on December 15, 1973, and subsequently released a statement that rejected legal discrimination on the basis of sexual orientation. In the publication of its monumental decision to remove homosexuality from the Diagnostic and Statistical Manual of Mental Disorders (DSM), the board cited “review of evidence[,]...changing social norms and growing gay-rights activism.”

And indeed, Medicine has a dark history when homosexuality was regarded as mental illness.

Classification of diseases as adopted by the Massachusetts General Hospital (1919) 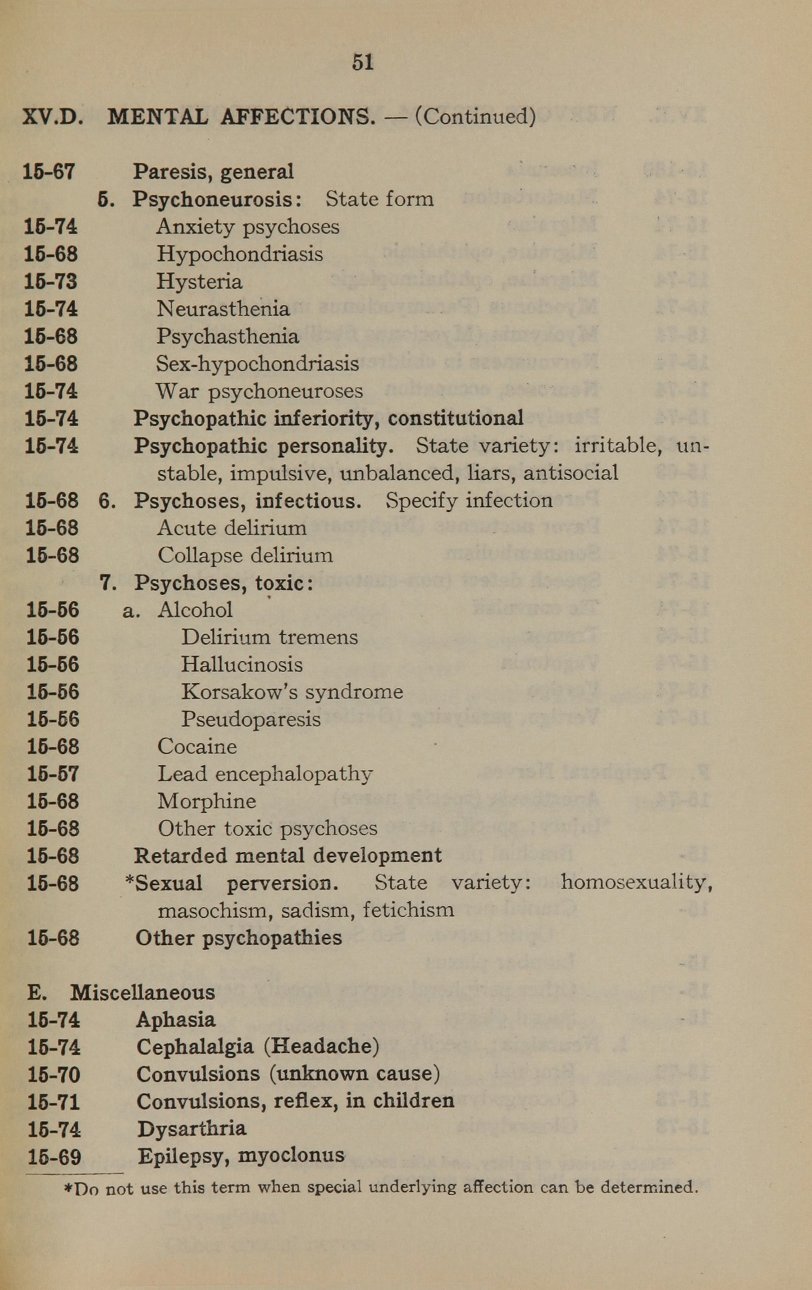 In the military medicine in the year 1949 homosexuality was classified under "psychopathy". 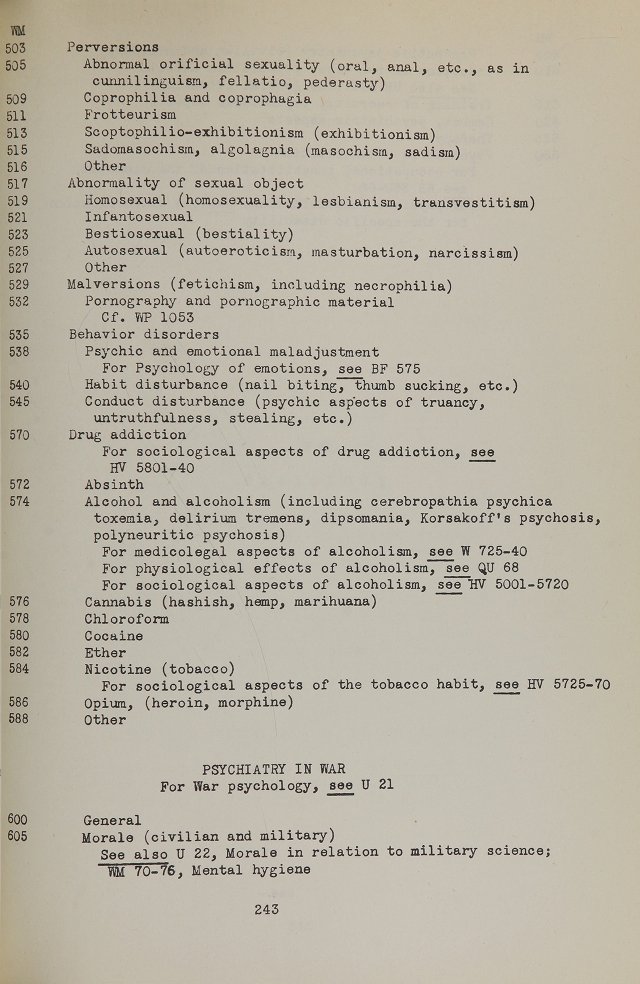 A "modern" perspective in 1968 was to consider pedophilia as a subtype of homosexuality. 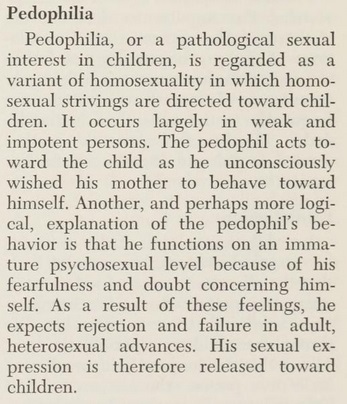 Another "modern" perspective in 1971 considered LSD as a "treatment" for homosexuality. 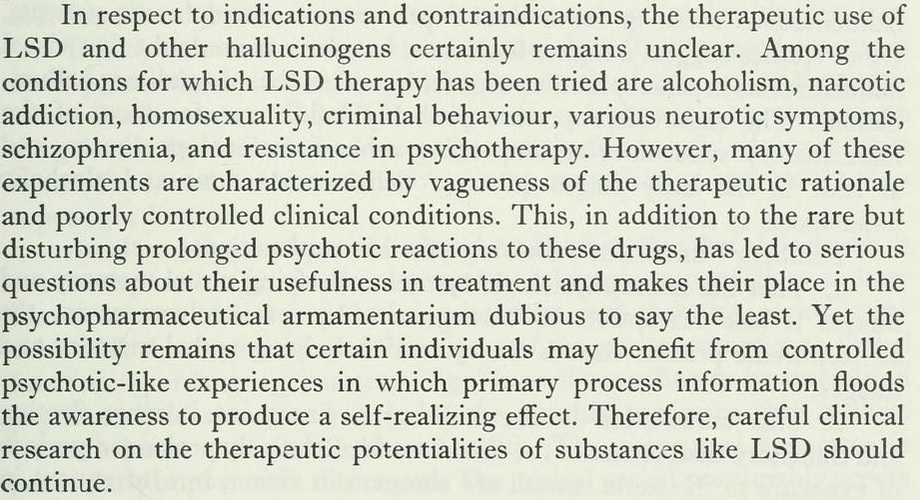 So, yes, things were slightly different back in the days.

Not the answer you're looking for? Browse other questions tagged history icd-intrntl-classif-disea or ask your own question.

3
ICD-10 codes: required to go to most-granular level?
4
Snomed codes vs ICD Codes
4
Was there ever a vaccine candidate that showed negative side effects many months or years after the patient was injected?
0
How ICD9 classified into 5 Levels?
1
How to get DRG from ICD code?