What things can trigger scintillating scotomas? Are they sometimes classified benign and not a reflection of a condition requiring further treatment?

This is a different question than Are scintillating scotomas really caused by cortical spreading depression? If so, how is this known to be true? asked almost one year ago in Psychology and Neurology SE, but I have copied most of the supporting material here.

Question: What things can trigger scintillating scotomas? Can they sometimes be classified as benign and not a reflection of some condition requiring further treatment?

I have read about a visual effect called a scintillating scotoma.

Many variations occur, but scintillating scotoma usually begins as a spot of flickering light near or in the center of the visual field, which prevents vision within the scotoma area. The affected area flickers but is not dark. It then gradually expands outward from the initial spot. Vision remains normal beyond the borders of the expanding scotoma(s), with objects melting into the scotoma area background similarly to the physiological blind spot, which means that objects may be seen better by not looking directly at them in the early stages when the spot is in or near the center.

[...]The visual anomaly results from abnormal functioning of portions of the occipital cortex at the back of the brain, not in the eyes nor any component thereof, such as the retinas.[3] This is a different disease from retinal migraine, which is monocular (only one eye).

It is a phenomenon that is believed to occur in the brain.

Scintillating scotomas are most commonly caused by cortical spreading depression, a pattern of changes in the behavior of nerves in the brain during a migraine.

That article is short and includes an impressive looking GIF of an optical image of the brain showing a wave-like pattern of blood volume which seems to come from the YouTube video Spreading Depolarization viewed using IOS. Santos et al. Neuroimage 2014 which links to Santos, E. et al. Radial, spiral and reverberating waves of spreading depolarization occur in the gyrencephalic brain NeuroImage, 99, 1 Oct. 2014, pp244-255.

Symptoms typically appear gradually over 5 to 20 minutes and generally last fewer than 60 minutes, leading to the headache in classic migraine with aura, or resolving without consequence in acephalgic migraine. Many migraine sufferers change from scintillating scotoma as a prodrome to migraine to scintillating scotoma without migraine. Typically the scotoma resolves spontaneously within the stated time frame, leaving no subsequent symptoms, though some report fatigue, nausea, and dizziness as sequelae.

I don't completely understand the language there; I am not sure if it means that scintillating scotoma is always associated with some kind of migraine, or if they also occur as isolated events. 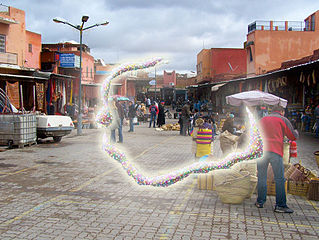 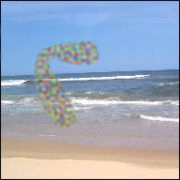 Scintillating scotomas are essentially always caused by migraines (though I believe they have been reported from seizures as well). As such, the triggers for the scotomas are what triggers migraines. Migraine triggers are many and varied from person to person: certain foods (see https://www.webmd.com/migraines-headaches/migraine-trigger-foods#1), certain medications (https://www.webmd.com/migraines-headaches/migraine-trigger-foods#1), exercise, bright or flickering lights, valsalva maneuvers, and emotional stressors are a partial list.

Not all migraines come with pain: some individuals experience acephalgic migraines either exclusively (like the person in the article by C Miller Fisher), or occasionally. A scintillating scotoma is one subtype of the general phenomenon of migraine "aura," which can manifest in numerous ways. The most common type of migraine auras are visual: fortification illusions, various forms of scotoma (not just scintillating, but also simply dark or grey blobs that reflect absence of visual field in the affected part of vision), and less commonly, visual distortions. Oliver Sacks does a great job with describing some interesting migraine-related visual phenomena in his book on the subject, called Migraine. For more complete information about the medical aspects of migraine (such as triggers), I would recommend going to any neurology textbook and looking at the chapter on migraines.

An example -and classic- Neurology textbook is Merritt's Neurology. In my edition (12th), pages 951-2 cover "migraine with aura." The text notes that about 10% of migraine sufferers get scotomas as an aura, and that scintillating scotomas are "pathognomonic" for migraine. That word is a medical term which means "happens exclusively in." I believe many larger libraries carry a copy of this textbook, and if you're interested, there's a large section (about 8 pages) dedicated to migraine as it's a very common neurologic disorder.

Not the answer you're looking for? Browse other questions tagged brain neurology vision or ask your own question.