Diclofenac patch before or after the effort?

Is it best to place a Diclofenac patch before or after the effort, in order to avoid to mitigate the impact of the effort on a tendinopathy? (if placed before, the patch would be be kept during and after effort as well)

I am quite sure that there is no valid study to address your question per se.

First of all it seems that topical NSAID is pretty much the only some way effective treatment for lateral epicondylitis. Many other treatment modalities show no real effect. A recent meta-analysis in CORR (1) pooled all treatments from valid RCTs and the combined net effect was sad.

A recent Cochrane analysis (2) analyzed the treatment effect separately for each modality. The results were slightly more encouraging although the authors pointed out some methodological concerns. 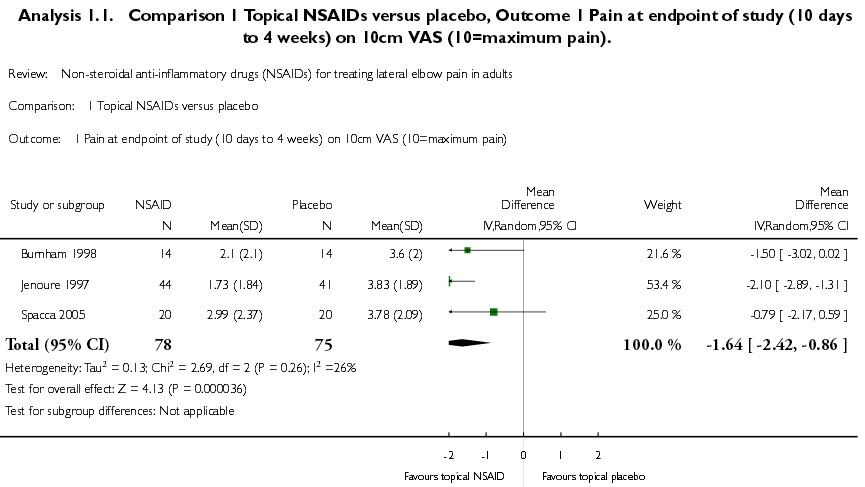 I would also refer to earlier question in health.SE which I have provided an answer. It was about NSAIDs and tissue healing: Do anti-inflammatory painkillers speed up healing?.

As so, I would conclude that diclofenac patch indeed has some benefits. But from pragmatic approach I would not recommend using those patches before and during an effort. The pain in your elbow is an indicator for microscopic damage, mostly tears, and swelling. If you apply the patch before an effort the signal is suppressed and you might strain your tendon more than it would be physiological or reasonable. This leads to even more severe tendinopathy and I would consider that a vicious circle. Suppressing pain when it is indicating tissue damage is not advisable in my opinion.

Not the answer you're looking for? Browse other questions tagged tendinopathy diclofenac or ask your own question.

9
Do anti-inflammatory painkillers speed up healing?