When an object is brought close to a person's eyes, the pupils will naturally move inwards in response to a stimuli, mimicking that of esotropia.

However, what could be a reason in which the pupils shows no response to such a stimulus while behaving normal otherwise?

I think you are mistaking accomodation (pupil movement) for convergence (eyeball movement). Pupils can constrict and dilate by motion of ciliary muscles, but any other movement is movement of the entire eyeball.

This is from Medscape on Extraocular Muscle Actions. 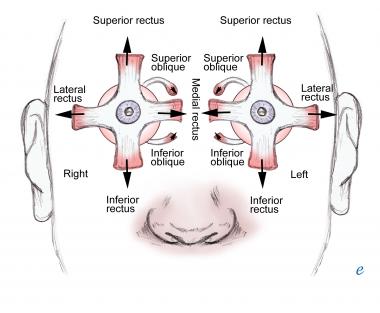 Vergence includes convergence and divergence, and is the movement of both eyes together in response to proximity of objects desired to keep in focus. Although it is part of the accomodation-convergence reflex, different muscles innervate it than the pupil.

It is impossible to give a complete differential diagnosis based on the information given, and we do not give personal medical advice so any added clinical correlate would likely cause this question to be closed.

A lesion of CNII would result in visual defects, but could also influence the perception of objects' distance and thereby impact convergence.

Not the answer you're looking for? Browse other questions tagged nerves or ask your own question.

2
What are normal values for EMG/nerve conduction studies?