What is the fetal viability of a full-term birth baby?

Also, does anyone know what viability means exactly? In the article I checked it's defined as

"The ability of a fetus to survive outside the uterus."
Fetal viability (Wikipedia article)

I'm not sure exactly what this means, because it seems to me vague. For example infant mortality rate is not vague, it specifically expresses the number of babies that die within the first year of their life, but the fetal viability measure doesn't mention a fixed time period. For example would a baby who manages to live for 6 months be considered to be viable or have been considered to be viable?

The concept of fetal viability is really only relevant when discussing premature infants. You are correct that the wikipedia figures are difficult to interpret. They come from this website, which is not itself a peer reviewed source, does not declare the source of these data, and do not define their terms. Unlike vital statistics like infant mortality, fetal viability does not have a standardized definition. One excellent study, often used in clinical decision making, used survival (and neurodevelopmental outcome) at age 18-22 weeks (corrected for gestational age at birth). As an example of the difference in definition, another used survival at discharge.

If you are interested in vital statistics for term infants, though, searching for data on fetal viability will not be particularly helpful. US data were recently reported and analyzed in last July's JAMA Peds. See this article.

Here is a chart that might provide what you're looking for. Recognize that these are descriptive statistics only, and do not address underlying changes in practice and policy over the period described. To help you interpret this chart, stillbirth and neonatal death are standardized terms. A stillbirth is fetal death prior to birth (no signs of life on delivery), neonatal death is death after birth up to 27 days. 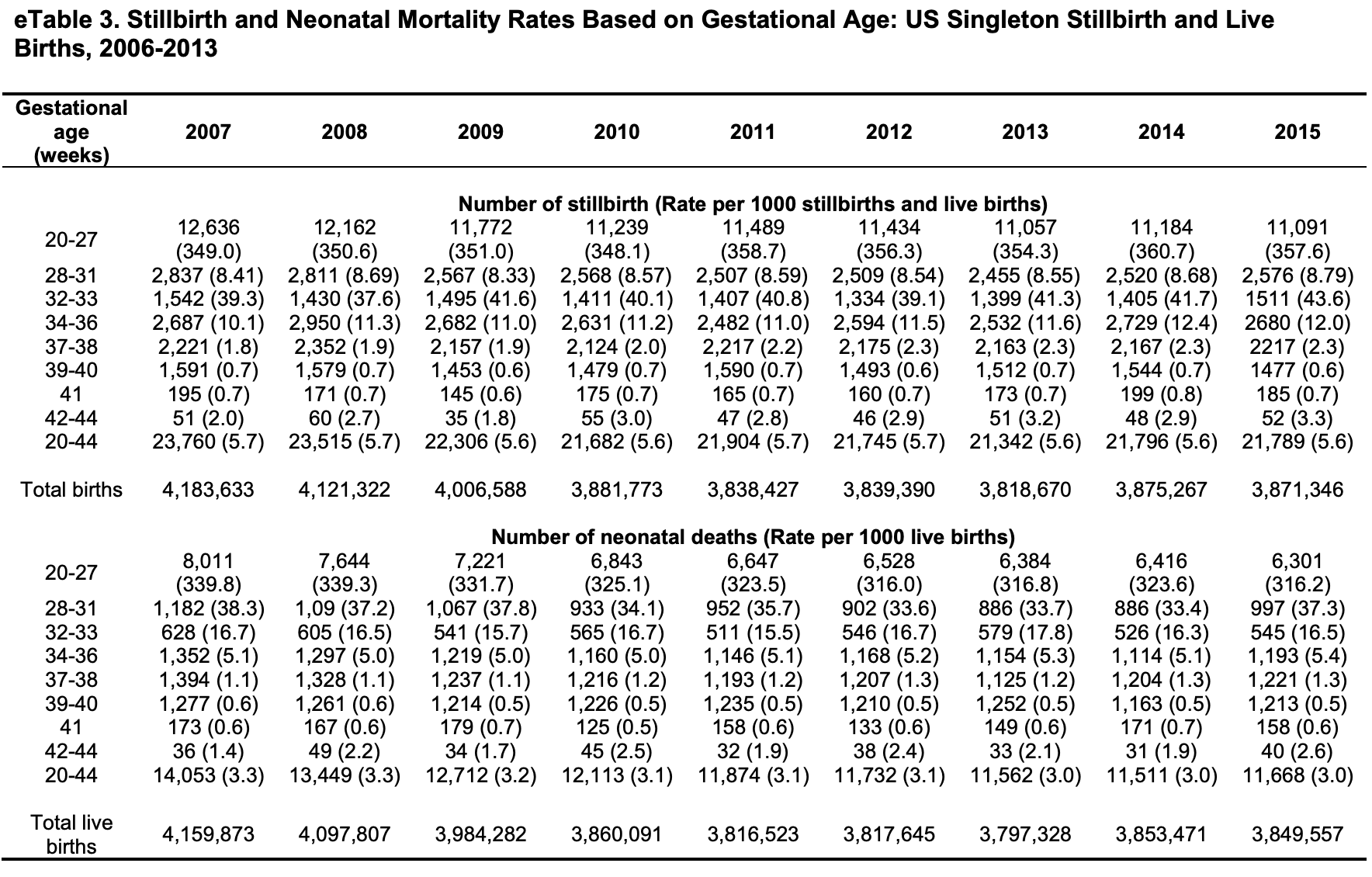 Not the answer you're looking for? Browse other questions tagged birth obstetrics or ask your own question.