How do I confirm death and the need for CPR?

How can I confirm that someone is dead with 100% certainty? I have read many articles about this issue but all of them have only what I consider superficial information. All of them focus about some essential points to confirm death:

The other related question is when to start CPR. Of course in a hospital if the person has a cardiac arrest (recognized as absent pulse + unresponsive + difficult/absent breathing), we start CPR right away, but in the ED department or in a clinic (where we might not have an ECG machine), how can I tell whether the person is dead and there is no need for CPR or he/she is not and I should start CPR?

DO perform CPR as soon as one stops breathing normally and is irresponsive, and don't stop. PERIOD. To be on the safe side, even perform CPR on people you presume to be dead for a longer period of time. There are certain definitive signs of death that doctors will use to pronounce a patient dead.

There is a difference between dead and dead

As a rule of thumb, for every minute without oxygen, the chances of survival decrease by roughly 10% because of irreversible brain damage.

The picture below is completely unscientific and has been drawn by me, with no data whatsoever, because I couldn't find any free-to-access statistics to prove my point. (The full version of the linked article. and quite a few other studies performed on this issue have data supporting this general trend).

Source: completely unscientific trend lines mingled together by me.

At some point, time has advanced so far that the patient has zero chances of survival left because the brain damage was too severe.

A patient is clinically dead as soon as they enter cardiac arrest (i.e. no oxygen circulation), but this status is reversible. However, due to ongoing brain damage due to lack of oxygen, the patients chances of survival decrease until they reach 0%, at which point a doctor will pronounce them (actually) dead.

So when do I perform CPR?

Simple, the European Resuscitation Council has published guidelines, the latest version (2015, as of now) says the following: 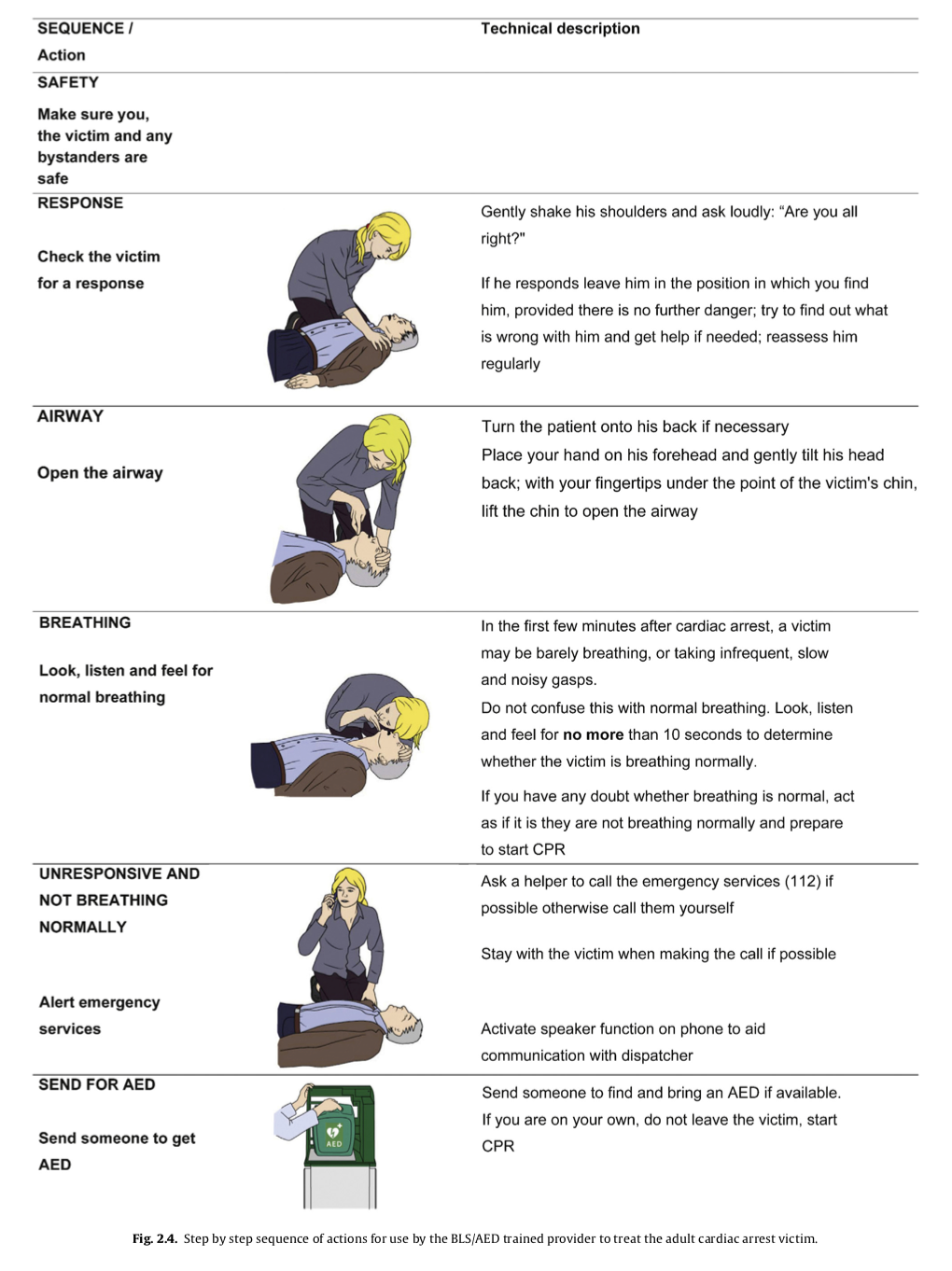 By the way, the guidelines are free to access, and definitely worth a read!

So as soon as the patient is unresponsive and not breathing normally, you should call the emergency services and start CPR. Even if you don't know how long they have been in this state of cardiac arrest, there are chances of survival. Once a doctor arrives, they will continue with CPR and/or pronounce the patient dead.

What about really dead people?

Of course, there is no gain in trying to reanimate a corpse that has been dead for a few days, and in this case it comes in handy to know if the patient was actually dead for a longer period of time.

You will know. Don't judge by the coldness (cold actually improves the chances of survival), but there are so-called certain signs of death.

9
How do they make sure someone has really died before declaring them dead?

3
What is the protocol for allowing euthanasia in a medical facility?
1
Does Clinical death experience and sleep paralysis experience the same? did anyone die due to sleep paralysis?
2
What is 'Rising of the lights' as a death?
1
Total number of deaths in the USA before COVID-19 and in 2020?
3
What are ASDH and AS in the context of "cause of death"?