Demodex control with antibiotics: why and how?

Demodex folliculorum is a microscopic mite that can only survive on the skin of people. Most people have D. folliculorum on their skin. Usually, the mites do not cause any harm, and are therefore considered an example of commensalism rather than parasitism. If D. folliculorum does cause disease, this is known as demodicosis.

The treatment options listed on Medscape include:

Medication Summary
Various treatments have been used to control Demodex mites. Most treatments involve spreading an ointment at the base of the eyelashes at night to trap mites as they emerge from their burrow and/or move from one follicle to another. A tea tree oil product (Cliradex) can be used. Terpinen-4-ol is the most active component of tea tree oil.

Empiric antimicrobial therapy must be comprehensive and should cover all likely pathogens in the context of this clinical setting.

Belongs to the macrolide group of antibiotics. Basic and readily forms a salt when combined with an acid. Inhibits protein synthesis without affecting nucleic acid synthesis. Used for the treatment of ocular infections involving the lids, conjunctiva, and/or cornea caused by organisms susceptible to it.

That's all fine. But "Used for the treatment … caused by organisms susceptible to it" seems strange. Demodex mites are not bacteria. How are they susceptible to antibiotics?

This seems not to be used for prevention or treatment of secondary/bacterial infections:

How does this work?

The Demodex mite is part of normal skin flora but is often implicated in conditions like rosacea, folliculitis and blepharitis (inflammation of the eyelids).

Erythromycin is an effective treatment. Its mechanism of action is to bind to the 50s subunit of the ribosome (involved in manufacturing proteins in cells) and so inhibits the synthesis of proteins. While humans do not have this 50s ribosomal subunit, other species do, including many bacteria and parasites, so erythromycin can be effective.

This goes for other antibiotics too. For example, metronidazole is used to treat the parasitic bowel infestation giardiasis.

Interestingly, macrolide antibiotics (of which erythromycin is one example), have also been shown to have anti-inflammatory effects and also have a pro-kinetic effect on the stomach; increasing its contractions and speed of emptying. It is sometimes used for this effect alone in conditions like gastric stasis and diabetic gastroparesis, where the stomach is slow to empty. This paper has some more information.

Antibiotics are drugs, and like many drugs can have multiple effects beside their most common use of combating bacterial infections.

However, they still don’t work on viruses like cold and flu! :) 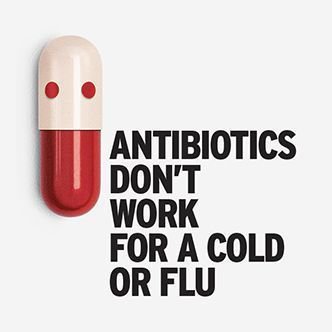 Not the answer you're looking for? Browse other questions tagged antibiotics demodex mechanism-of-action or ask your own question.

9
Breakthrough bleeding and antibiotics
2
Why does overuse of antibiotics cause resistance?
3
Why can chronic prostatitis not be cured simply with antibiotics?
6
How does the "leucovorin rescue" work exactly? Why doesn't it make cancerous tumours grow?
2
Use of antibiotics with chest infections
2
Why bother prescribing oral antibiotics for acne, when C. acnes can't all be killed and will regrow?