Is the interaction between alcohol and benzodiazepines additive or multiplicative?

The common saying that alcohol (ethyl alcohol in alcoholic beverages) and benzodiazepines shouldn't be consumed together is well-recommended considering that both compounds fall under the Central Nervous System (CNS) Depressant category. So they both augment (additive) the effect of depressing the CNS, which can lead to unconsciousness or even a coma. Also, both substances can be abused, which can lead to increasing (again, additive effect) damages in health (liver,kidney,mental state) and relationships.

In regards to your question of the synergistic/multiplicative effect, there have been pharmacological studies (See References for more information) studying the interactions between alcohol and psychiatric drugs (including benzodiazepines). Interestingly, the effect has some dependence on whether or not an individual is a chronic alcohol consumer. From the paper: 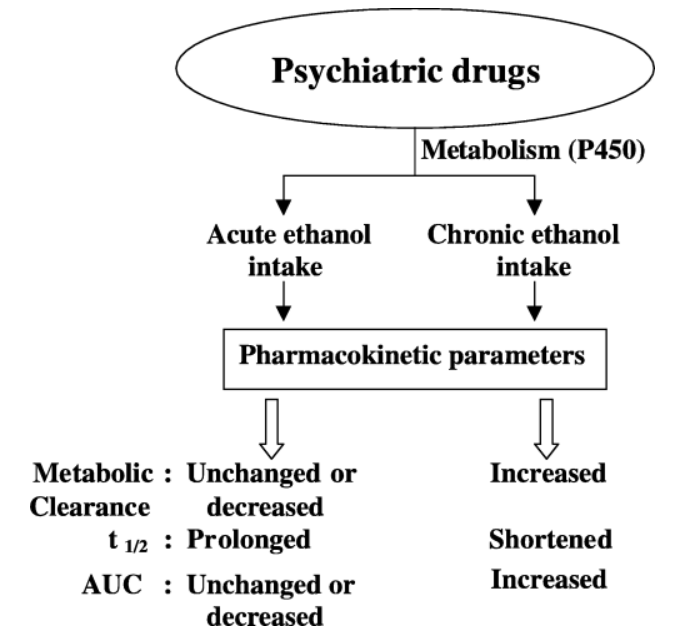 So acute ethanol intake is correlated with decreased clearance of the benzodiazepine, which means it multiplies the effect by helping the benzodiazepine inhabit the body longer. The reverse effect can be seen for a chronic alcohol consumer.

A hint of the more detailed biochemical explanation: "Highly bound drugs with low intrinsic hepatic clearance are among those most commonly reported to have their kinetics altered by ethanol (e.g. benzodiazepines, phenytoin, tolbutamide and warfarin)."

In-depth Explanation on how Benzodiazepines Effect the Body: https://www.ncbi.nlm.nih.gov/pmc/articles/PMC3684331/

12
How much hard liquor is safe for very small children?
5
Effects of microdosing alcohol on liver performance and the ability to metabolize toxins
2
Food, recovered alcoholic and fallout
6
How to explain the theory of the influence of purine and alcohol on the incidence of risk for gout in light of contradictory evidence?