Why are X-rays laterally inverted?

I am a veterinary medicine student and I am trying to understand why x-rays are read in a laterally inverted fashion.

Example: Since this is a DV projection and the head is at the top of the image, it would lead one to believe the left side of the image is infact the left. Not the right.

EDIT: A lot of the answers provided talk about relative directions and taking a picture, this would make sense if it was a VD Projection. But how does this apply to DV?

When you click a picture of a person from behind, their sides are represented accurately. 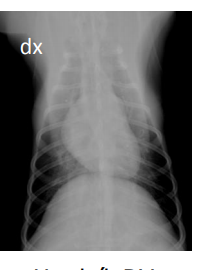 When reading radiographs in human health, the x-rays are read as though facing the patient. So, when you have a PA chest x-ray ( or dorsoventral view for a dog ) the x-rays enter the posterior surface, exit the anterior surface to hit the imaging surface. This used to be x-ray film. So, the right side of the chest appears on the right of the film, and the left side on the left. But the sides are switched so you actually read the films as though looking from the anterior side of the patient i.e. facing the patient.

When taking an AP film, the patient is positioned so that the posterior surface is now closest to the film, and the patient's left is on the left of the film. And that's the way the film is read, from the front.

I've noticed some DV images of animals are not switched so that the R is on the left but apparently most are. But I'm guessing that vets also read DV and VD images of the thorax as though facing the ventral surface.

BTW, when taking horizontal or transverse CT slices through the human thorax, the view shown is that from caudal to cranial, i.e. looking upwards to the head. 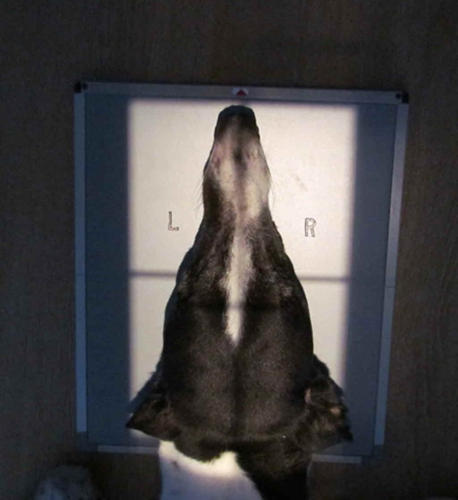 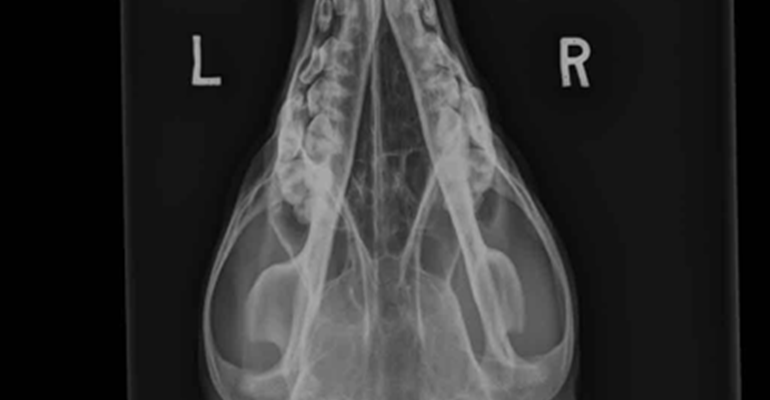 and you can see that the image is not reversed which I presume is because this is the normal way to read these type of images.

TL;DR - it's a convention used to reduce cognitive loading on radiologists.

19
Medical professionals referring to 'left' and 'right': are they referring to my relative directions or theirs?

1
How to request copies of CT-Scans, MRI, X-rays & ultrasound/endoscopic imagery from Dr.'s/Surgeons for personal records? Possible?
4
Is taking x-rays during a dental check-up harmful?
0
Are these x-rays consistent with a broken arm on a 6-year-old girl?
1
Why does congenital duodenal obstruction cause a "double bubble" sign to appear on imaging?