How does pulse oximetry work?

How does pulse oximetry work exactly?

Around an atom, there are 7 different electron shells1. When the electrons receive the necessary amount of energy, they jump from one state to another (called "ground state" and "excited state"), as shown in the image below: 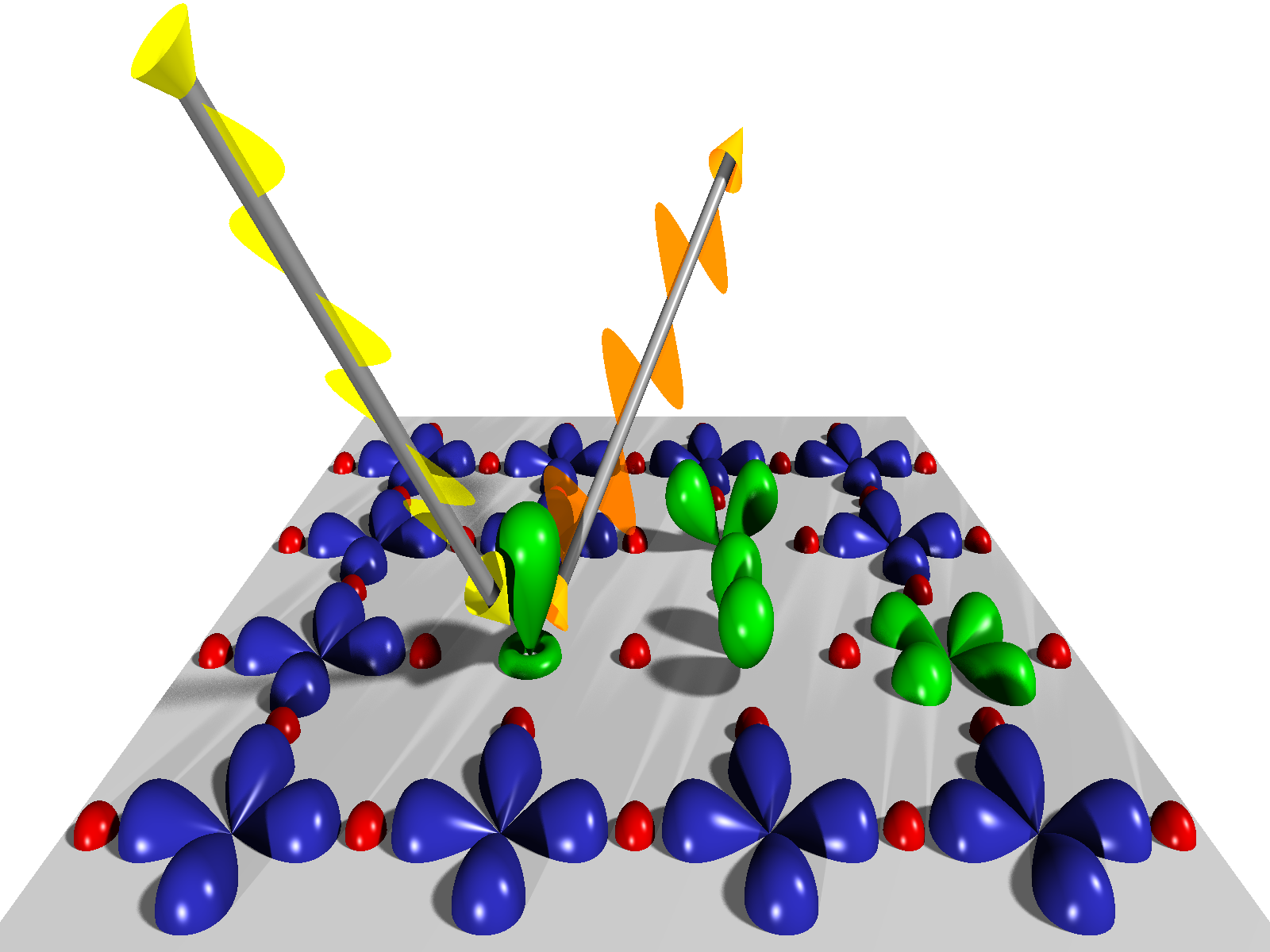 The figure (generated by POV-Ray) shows excitations of copper 3d orbitals on the CuO2-plane of a high Tc superconductor; The ground state (blue) is x2-y2 orbitals; the excited orbitals are in green; the arrows illustrate inelastic x-ray spectroscopy;

When a molecule absorbs light in the UV-vis (Ultra-Violet-Visible) region ranging from 400nm to 780nm wavelength, an electron is promoted from a lower- energy occupied orbital to a higher-energy empty orbital resulting in an excited state molecule. One requirement for a molecule to absorb light is that the energy of the photon needs to match the energy difference between the orbitals.

Photons having insufficient energy will be transmitted. Therefore, the colours of light absorbed proved us with experimental information about the energy spacing between orbitals.

Newton first had ideas regarding spectroscopy, and later on, William Wollaston and Joseph von Fraunhofer built the first spectrometers and discovered the spectral signatures.

As different elements have different spacing between electron orbitals, the energy needed to absorb or emit photons is different and therefore2 photons of different wavelengths are absorbed or emitted. This results in a specific spectral signatures of a molecule, a set of spectral lines.

Spectroscopy is really important for astronomers because it can tell them about the molecular make-up of planets, stars and nebulae. 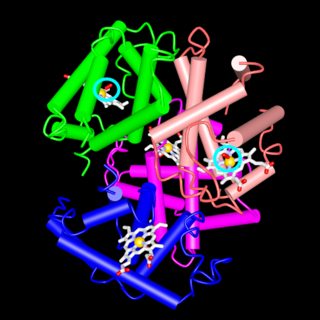 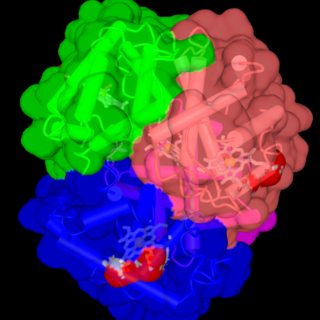 Left: Molecular Graphic of a Human Oxyhemoglobin (HHO), two of the four oxygen module this fully saturated haemoglobin currently carries are circled blue by me (the red "stick" represents the oxygen molecule in this graphic).
Right: The same molecule in the same resolution, this time with a highlighted solvent accessible surface.

Putting it all together

Luckily for modern medicine, the absorption of light at wavelengths of 660nm and 940nm differs significantly between haemoglobin loaded with oxygen (oxyhaemoglobin) and haemoglobin lacking oxygen.

Thus comparison of absorbencies at different wavelengths allows estimation of the relative concentrations of HbO (oxyhaemoglobin) and Hb (haemoglobin) (i.e. saturation). Modern pulse oximeters may use two or more wavelengths, not necessarily including an isobestic point.

Basically, this is how pulse oximetry works. It can tell saturated and unsaturated haemoglobin apart, using different absorption of light due to different electron configurations in the molecules. Below is an extract about the technical aspects of pulse oximetry:

After the transmitted red (R) and infrared (IR) signals pass through the measuring site and are received at the photodetector, the R/IR ratio is calculated. The R/IR is compared to a "look-up" table (made up of empirical formulas) that convert the ratio to an SpO2 value. Most manufacturers have their own look-up tables based on calibration curves derived from healthy subjects at various SpO2 (Peripheral Oxygen Saturation) levels. Typically a R/IR ratio of 0.5 equates to approximately 100% SpO2, a ratio of 1.0 to approximately 82% SpO2, while a ratio of 2.0 equates to 0% SpO2.

The Dangers of Carbon Monoxide Poisoning

The spectral signature of carboxyhemoglobin (hemoglobin saturated with CO) is so similar to that of oxyhemoglobin that standard oximeters mistake one for the other, as multiple studies have shown:

This report confirms that pulse oximetry may be misleading during carbon monoxide poisoning as the pulse oximeter does not differentiate between HbO (oxyhemoglobin)and HbCO (carboxyhemoglobin). Diagnosis of carbon monoxide poisoning therefore relies on clinical evidence and must be confirmed by measuring the HbCO concentration with a multiple band CO-oximeter (Carboxy-oximeter).

Nowadays, CO-oximeters exist that can differentiate between oxyhemoglobin, carboxyhemoglobin and methemoglobin.

1: An explanation as to why this is the case would lead way too far. It has to do with the wave-particle dualism of quantum mechanics and a good analogy can be found in this answer on Physics.SE.

2: The energy of a photon is proportional to its frequency and and thus inverse proportional to the wavelength. All other factors in the Planck-Einstein equation are constant. More information can be found on Physics.SE

Not the answer you're looking for? Browse other questions tagged practice-of-medicine pulse-oximeter or ask your own question.

2
How to lower SpO2?
0
What's the resson the skin looks bluish when having cyanosis?

12
How is pain measured?
2
What does B.D means in a Doctor's Prescription?
2
How to lower SpO2?
2
What exactly does "general practitioner" mean?
1
Post oximetry PLETH waveform and ABP waveform similarities
1
Do US hospitals use pulse oximeter with sensor (not electronics) directly on wrist, base of the finger (ring), or on the chest?