What interval of time does HbA1C give information about?

I thought that HbA1C is a way to measure the average blood sugar a person has had over the past 3 months. But I just did an HbA1C test, and the form said that A1C measures an average over a 2 to 3 month time period. So my question is, what is the exact duration of time over which HbA1C measure an average?

It should be noted that the HbA1c is an approximation to an average of the glucose levels over the period of the life of red cells for an individual. There is considerable variability in the result

The test measures how much hemoglobin becomes glycosalated which means that how many glucose molecules attach to the hemoglobin molecule. The amount of hemoglobin around depends on the number of red cells, and the number of red cells depends on the red cell life, their production and destruction. Some conditions shorten the life of a red cell from the average of 120 days but in sickle cell disease it can drop to 28 days

Blood HbA1c is a mean for RBCs with values that range from very low for reticulocytes to approximately twice the mean for the oldest RBCs.

but anemia, and even exercise can shorten the life of a red cell

Exercise and professional sport increase RBC turnover and maximize oxygen delivery to the tissues (Mairbäurl, 2013). Maturation and aging of RBCs is accompanied by multiple processes occurring at various rates driving the circulating RBCs from adolescence to senescence within approximately 120 days (Lew and Tiffert, 2013; Lutz and Bogdanova, 2013). The resulting “markers of senescence” are recognized by the macrophages and clearance of RBCs is promptly initiated (de Back et al., 2014). Premature clearance is a hallmark of various disorders associated with anemia. In each case one or multiple markers of senescence appear prematurely. Those include excessive oxidative stress (Mohanty et al., 2014), excessive cation leak with the following dehydration (Wang et al., 2014), decrease in RBC size and loss of RBC membrane through vesiculation (Alaarg et al., 2013), metabolic abnormalities (Vives-Corrons et al., 2013), or following auto-immune diseases (Lutz and Bogdanova, 2013). Blood storage damages RBCs facilitating aging. As a result clearance of transfused cells is dramatically facilitated (Bosman, 2013; Flatt et al., 2014).

With normal activity, and no other health conditions that affect red cell life, one can expect the HbA1c to apply over a period of 115 days +/- 15% which is the average life span of red cells. 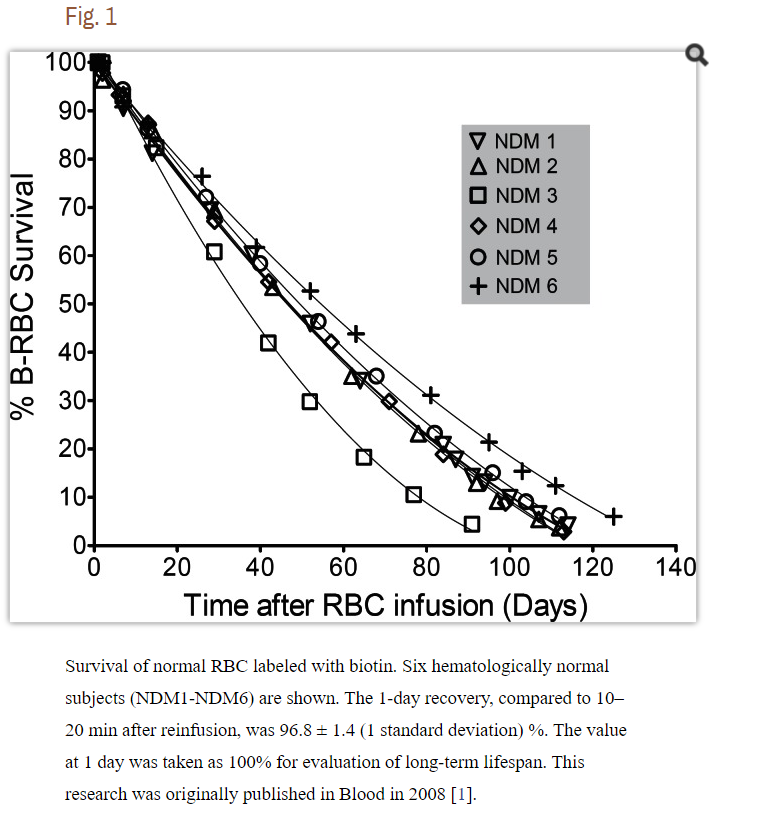 This question cannot be answered. It is individual and based on, among many other things, red blood cell survival. To understand why this is so, you need to understand than A1C is more accurately called Hemoglobin A1c or glycated hemoglobin. It's a form of hemoglobin that is formed due to hemoglobin's exposure to plasma glucose.
It has been found that red blood cell (the cells that contain hemoglobin) survival has considerable variation, even in hematologically normal people.

Ultimately, however, it is more important to realize that HbA1c is a measure for glucose control over a few months, than to know how long exactly it "has been measuring for"

Not the answer you're looking for? Browse other questions tagged diabetes blood-sugar glycated-hemoglobin-hba1c or ask your own question.

1
Does the time of day of sugar consumption matter?
1
What does primary, secondary and safety outcome of a drug study mean?