Preface:
I am not a student of medicine or a medical professional by any means. All uses of anatomic and biologic terms come from a general education plus a little hobby-knowledge. Misuses of such terms should also be excused based on the same explanation.

I am interested in getting educated a little on how and what might cause an allergic-like reaction on skin in areas of high probability of rash appearance.

For the past month, I've been struggling with sensations of severe itching in various areas of my body: arms, legs, torso, etc. There are some spots of rash that come and go, don't stay for too long in one spot. The spots with rash do not itch what-so-ever, only areas where signs of rash have never been observed and areas that look absolutely healthy, clean, and not dry.

Rash Description:
The rash itself consists of multiple macules and papules that are spread somewhat random, not in a colony, pretty far apart from each other. Every such element has a well-defined center that is usually filled with some fluid. I can't describe it as a vesicle or a pustule because the fluid does not have a vivid color. After papule puncture, the inside has clean, transparent 'walls'. The interesting part is that the rash changes, or rather started to change. More on that below.

There are no other accompanying symptoms. Lymph glands are normal size, not painful or swollen. No fever, no headaches or muscle aches.

History:
It started off as a little itchy spot on the inner thigh, no visible rash, irritation or anything else out of place. Then itching started spreading across both thighs, lower belly, crotch area. Tiny pink macules started appearing over that area. The itching became severe and would wake me up at night.

Then the signs of rash started disappearing from that area as the itching started to spread onto lower legs, higher torso, arms, and so on. The rash again appeared on the right buttock and stayed contained there. It started to look more well-defined and something I've described above, and pictures of which are below. The same rash also appeared on the outer skin of hands. Again, no itching there, only areas without visible rash.

It stopped spreading from there. The papules started to dry out, and stayed pale pink. Taking of antihistamines is the only thing that keeps me from going insane even now. Hydroxyzine HCL 25mg at night and Fexofenadine HCL 180 mg twice a day. The first night after taking Hydroxyzine (50 mg first time), multiple interesting spots appeared on the back, about 6 or 7. The spots were very close to each other forming thin and long shapes, almost like knife cuts. They were not the same form of rash, they weren't elevated. Again, no itching there at all. Then same prolonged 'colonies' started appearing on other parts like lower belly, higher thigh. After injecting Kenalog 40 mg/mL, which did not appear to help at all neither with itching nor with the rash, more appeared on the inner feet.

Time for Pictures (in order of evolution):
On hands, notice the red dots throughout: 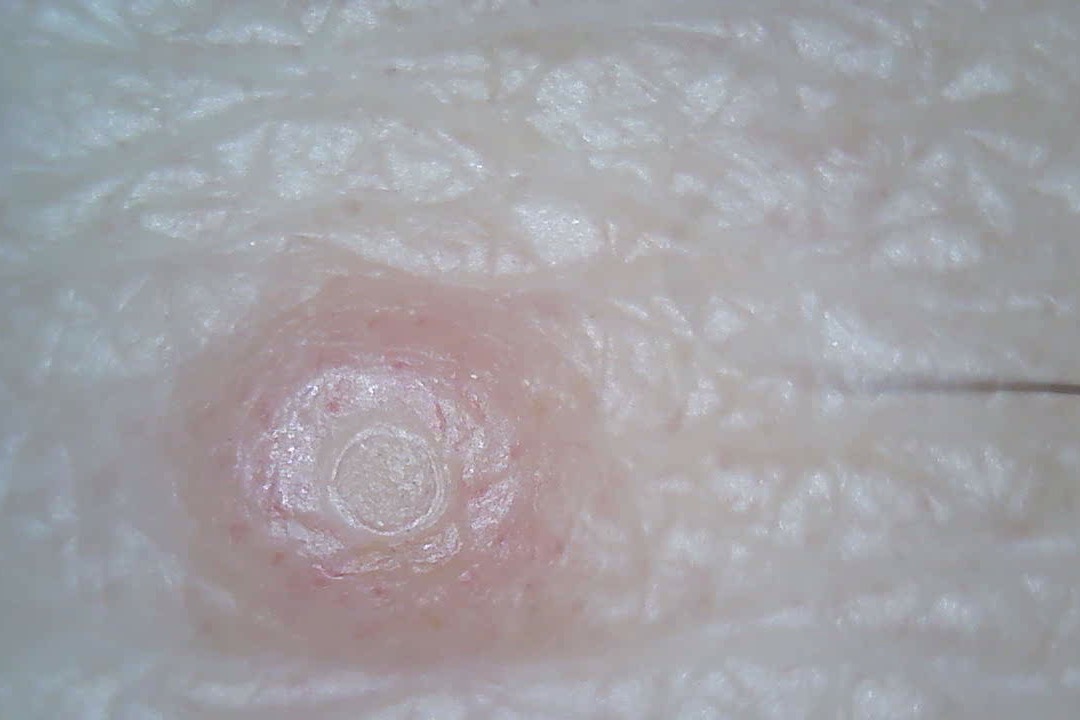 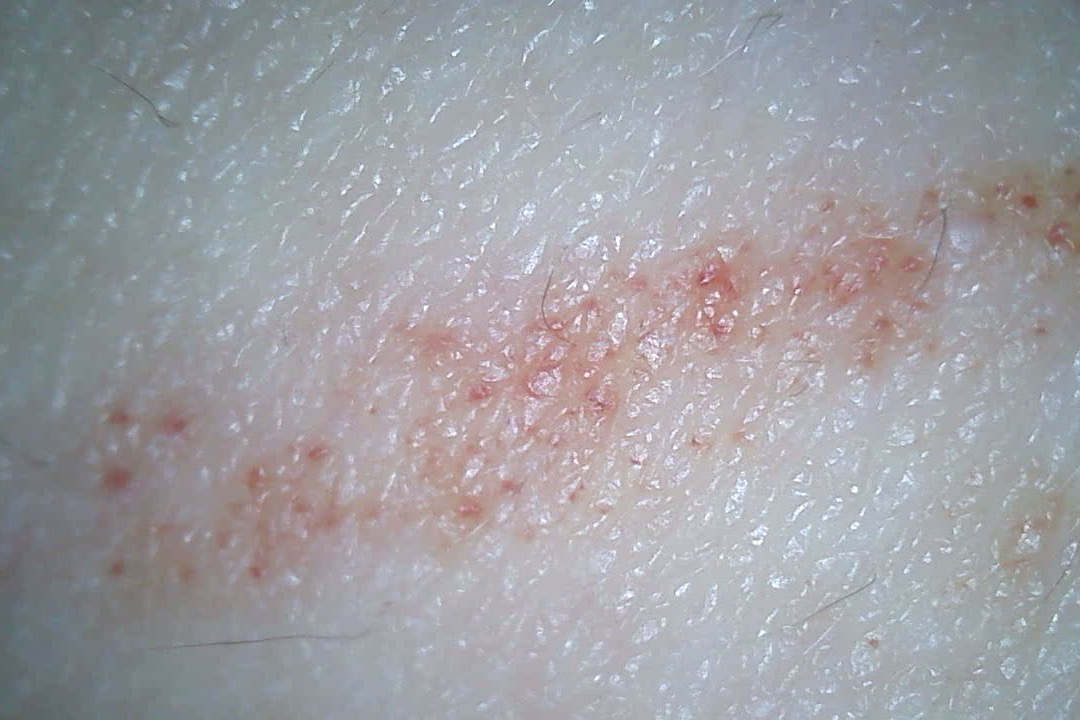 Unfortunately, due to low reputation I cannot post more pictures.

Neither me nor my doctor have any clue what's going on, and what's causing this as there are absolutely no other symptoms. I'm not allergic to any drugs, or anything at all (known). Haven't changed anything in the diet, clothes or detergent. Maintain very good hygene, however hot water seems to make the itching unbearable.

3
How fast and effective does an epi-pen work against a peanut allergy reaction?
4
What causes "stretch marks" in skin?
2
What causes acne, and how do I get rid of it?
1
What shots are not okay for someone with egg allergies?
6
What causes some lacerations to form hypertrophic scars?
4
What Causes Stress Hives
2
What makes a person asymptomatic? How does it work?