Is there a name for an irrational fear of food additives, food colouring, preservatives, etc?

I am looking for the official name for people who worry constantly about what is in their food. Consequently, who constantly change their diet because of perceived possible future health issues.

Something similar to hypochondriac, I suppose.

Yes, there indeed a phobia for the irrational fear in which you are describing. It is called Chemophobia, and it is described as

Chemophobia is specifically a distrust of what people view as "artificial" chemicals – food additives, drugs, pesticides and so on. This is usually attributed to a lack of trust and knowledge among the public, which is often fueled by tabloid-based health scares and the occasional additive shown to possibly be toxic. Advances in the field of analytical chemistry are also thought to be behind chemophobia, as modern techniques are capable of identifying substances in very low (parts per billion or even trillion) and harmless quantities.

For a more substantiated and scholarly source, have a look at Food Chemistry and Chemophobia. For just a brief glimpse of what the detailed article is about, here is the abstract below:

Chemophobia is the exaggerated fear of anything ‘chemical’ which is found quite widespread both in the Western world and in Asia. That food incontrovertibly is chemistry seems to require regulation of all sorts. As we will see below, that would truly necessitate gargantuan determination exceeding every regulatory effort to date. Worse, it will be futile. Our food is peppered with natural compounds such as organohalogens, dioxins, aflatoxins, and many others. These we will briefly discuss, including their natural whereabouts. Overall, the aim of this paper is to show that food is chemistry beyond our immediate control, including those synthetic chemicals that are deemed to be artificial and should not be found in ‘safe’ food. The latter is an overestimation of regulatory competence and an underestimation of nature to produce most unlikely chemicals in unlikely places, including our food.

Ta Da! There is basically a phobia for everything. 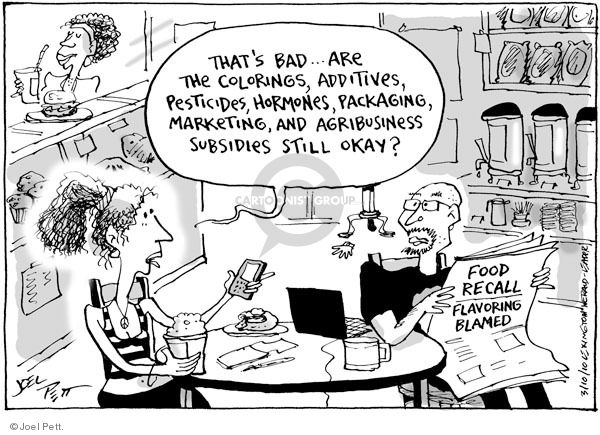 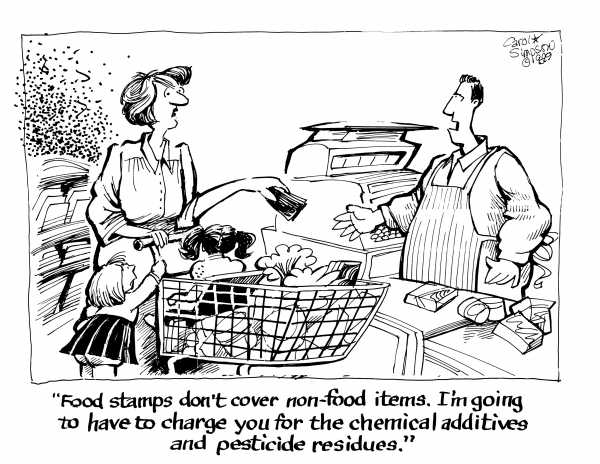 Not the answer you're looking for? Browse other questions tagged nutrition preservitives dyes artificial-flavor or ask your own question.

42
Is eating spicy hot (pungent) food (hot chilli & peppers etc.) healthy or harmful?
9
What do the European reference intake values used for food labels actually mean?
5
Are there any sustainable alternatives to eating food?
3
Effects of eating healthy food for a limited amount of time
0
Is eating spicy food bad for health?
3
Is eating refregerated home cooked food daily bad for health?
4
How accurate is bomb calorimeter for measuring nutritional calories of food?