Are there scientific studies that support the daily usage of xylitol to prevent oral problems?

Since more than 2 years I'm consuming birch sugar (xylitol) instead of sugar for basically everything and I try to avoid any product which contains sugar.

Note that I wasn't consuming too many things with sugar before I switched to xylitol.

As many sites on the net explain, there's certain scientific evidence supporting that using xylitol to brush the teeth and make xylitol rinses, and also chew xylitol gums can really improve oral health.

Since anything related to oral health is very critical because a wrong step may mean irrecoverable and permanent damages, I was wondering if there's some actual scientist study that can support xylitol as oral health tool.

Also, has the FDA or EMA any document regarding this topic or do they approve xylitol to be used on this matter?

This comes from my high-school chemistry book (in German):

Hexanhexol (sorbitol) is common in apples, cherries and other fruits. The sweet taste comes from the OH-Groups within the molecule. […]
Sorbitol is half as sweet as sugar (glucose), but does not cause carries.
Furthermore, foods containing sorbitol feel cool in the mouth, as sorbitol is drawing energy from its surroundings in order to dissolve.
Pentanpentol (xylitol) has very similar properties [i.e. not causing carries], but is as sweet as glucose. 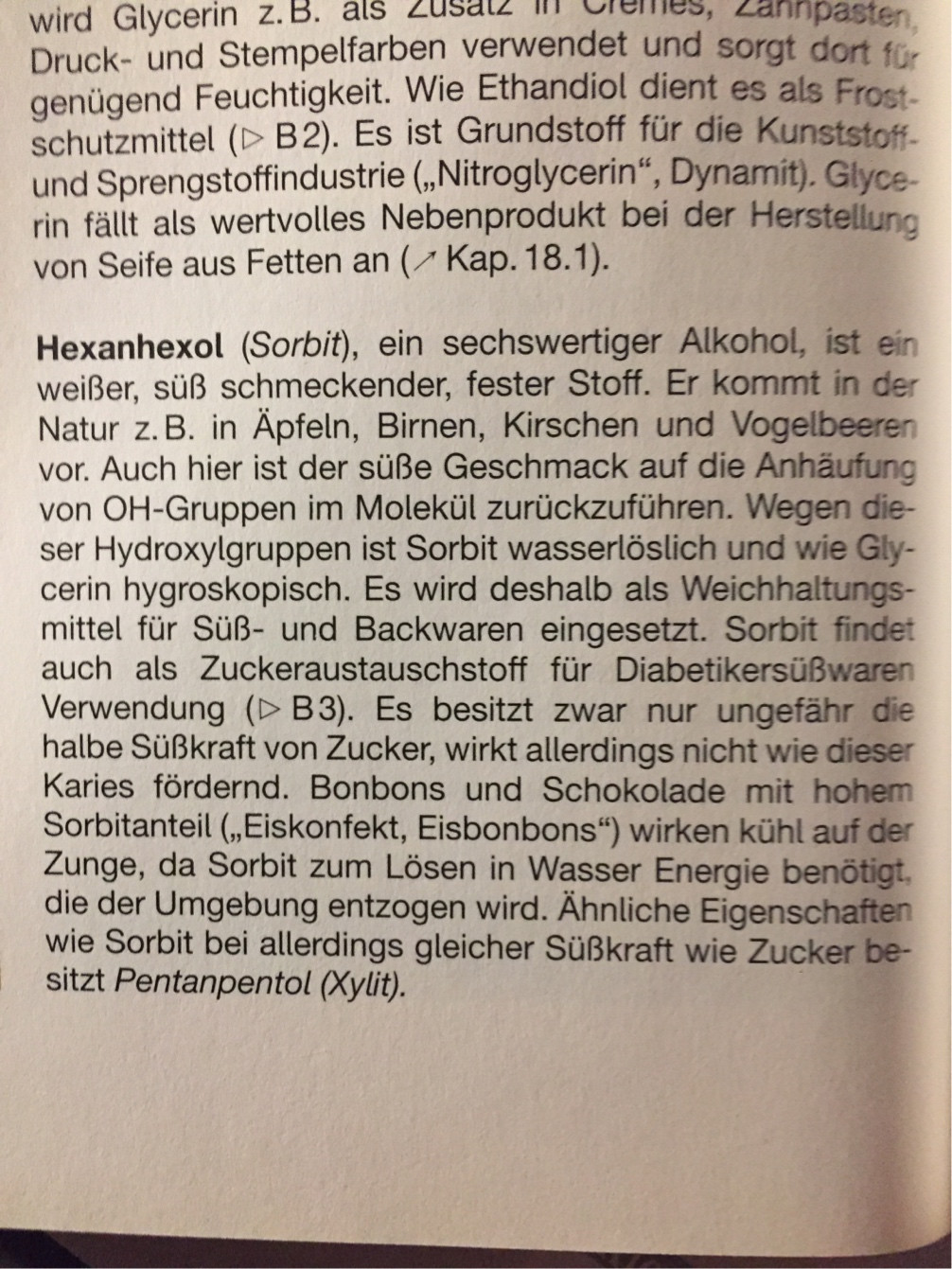 I think, if school books teach that xylitol prevents caries, this argument must be pretty solid. (School books are usually very conservative and only teach bullet-proof things, at least in Germany).

I can't tell you exactly why xylitol and sorbitol prevent caries. It probably has something to do with the fact that neither we nor bacteria are able to process any source of energy other than carbohydrates, and so the cariogenic bacteria do not have enough "food".

Following from this, your diet must consist of glucose (or polysaccharides which will be broken down into glucose), otherwise you would have starved to death! Therefore, if you do not brush your teeth regularly there will be enough "food" for caries because of polysaccharides in other foods that we eat. If you brush your teeth regularly and have a good oral health, there will be almost no gains (apart from the diet/weight bit) by using a sugar substitute!

Some sources and studies about xylitol and dental health:

Chewing xylitol gum is certainly effective at preventing caries development compared with chewing sugared gum or not chewing any gum. Xylitol gum appears to be more effective than sorbitol gum or combinations of xylitol and sorbitol.

The American Academy of Pediatric Dentistry (AAPD) recognizes the benefits of caries preventive strategies involving sugar substitutes, particularly xylitol, on the oral health of infants, children, adolescents, and persons with special health care needs. […]
Dosing frequency should be a minimum of two times a day, not to exceed eight grams per day.

There is fair evidence that the prophylactic Administration of xylitol among healthy children attending day care centres reduces the occurrence of AOM by 25%. This meta-analysis is limited since the data arise from a small number of studies, mainly from the same research group.

We found some low quality evidence to suggest that fluoride toothpaste containing xylitol may be more effective than fluoride-only toothpaste for preventing caries in the permanent teeth of children, and that there are no associated adverse-effects from such toothpastes. The effect estimate should be interpreted with caution due to high risk of bias and the fact that it results from two studies that were carried out by the same authors in the same population. The remaining evidence we found is of low to very low quality and is insufficient to determine whether any other xylitol-containing products can prevent caries in infants, older children, or adults.

The abstracts and findings of all articles are available online, one has to purchase the whole article though to be able to read everything.

Judging from all the studies, I would just have a normal diet and brush my teeth regularly. For me, it is too much effort to change my eating habits, try to eat foods that only contain alcohol sugar when the benefits are not even clear.
It is important to note however that xylitol does prevent caries if used consequently as a sugar substitute and no other polysaccharides are consumed. This is not recommended (1). But fluoride tooth paste prevents caries it at least to a very similar extend. Lastly, one has to consume xylitol at least twice a day to get a positive effect [AADP article], but only a maximum of 8g, as osmotic diarrhoea is a major possible side effect.

(1): This was an understatement. Under no circumstances try to only consume xylitol and no other carbohydrates!

Not the answer you're looking for? Browse other questions tagged sugar oral-health clinical-study or ask your own question.

9
Are there current studies about long term development of WPW in children?
31
Is there evidence that eating too much sugar can increase the risk of diabetes?
5
What clinical studies demonstrated that CelGro improves tissue in-growth and repair for the rotator cuff tendon injuries?
2
Are there any studies that prove the effectiveness of saw palmetto for restoring hair in the bald places and stop hair fall?
1
How to evaluate the results of diagnostic studies: how to prove that new method is better than gold standard?
2
If placebo controls work even when the patient is aware that the treatment is a placebo. Why are deceptive placebo controls used?