My mother was scratched by a stray cat that lives in our apartment basement two days ago (when she was going out for a walk). Long story short, after about thirty minutes of walking, she noticed the scratch and that's when we cleaned it with running water and applied betadine.

We went to the doctor (emergency hospital) exactly 24 hours after the incident. The doctor suggested us to get 4 shots:

But we opted to take just the first one, Tetanus. (For many reasons. It's gonna be super long if I had to explain everything)

It's been two days after the incident, and we are applying Bactron to the wound. Every time I apply the ointment, she says it stings.

Anyways, my question is - will she be okay? Is the wound tetanus or not? Was it right to just take the Tetanus shot?

Here are some images of the wound 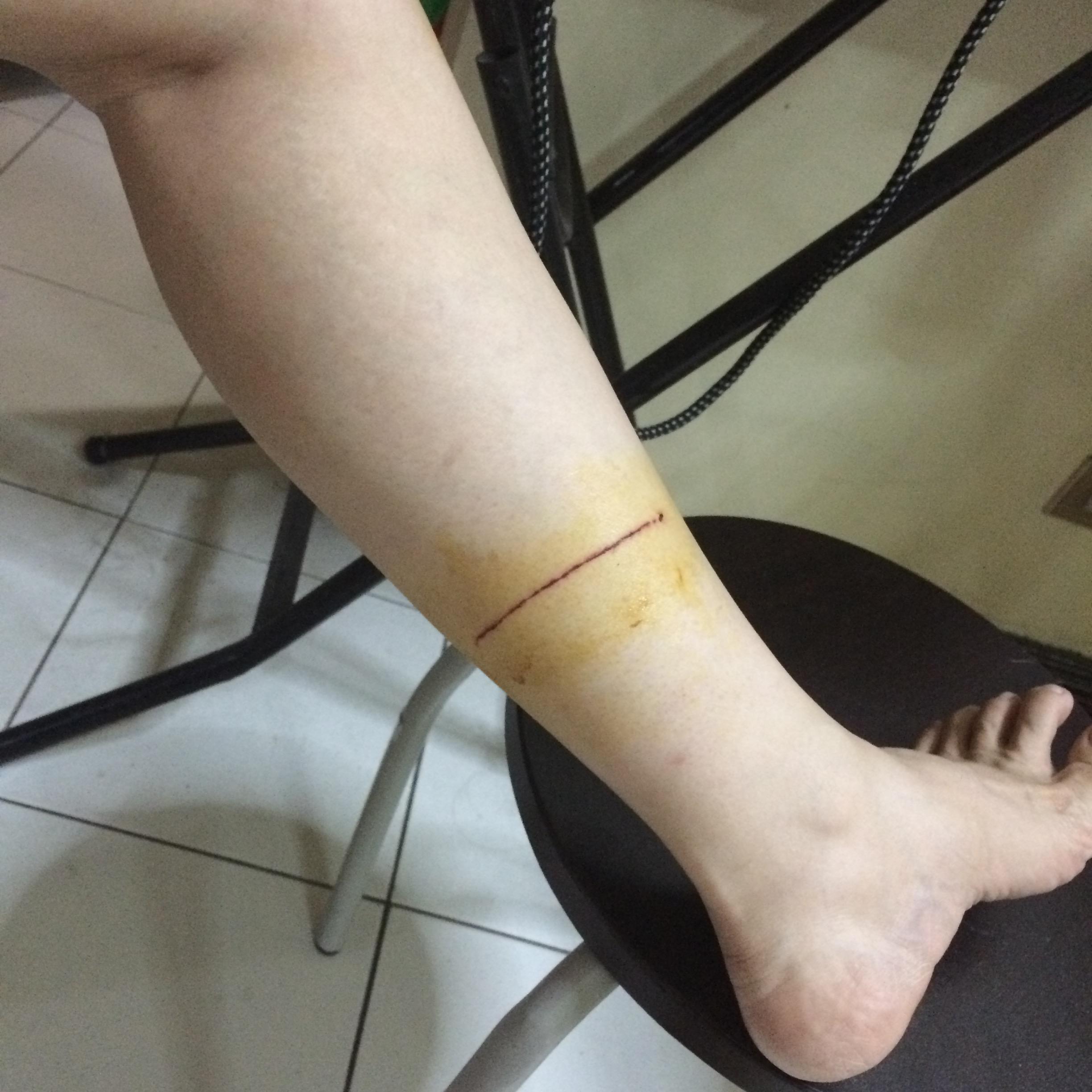 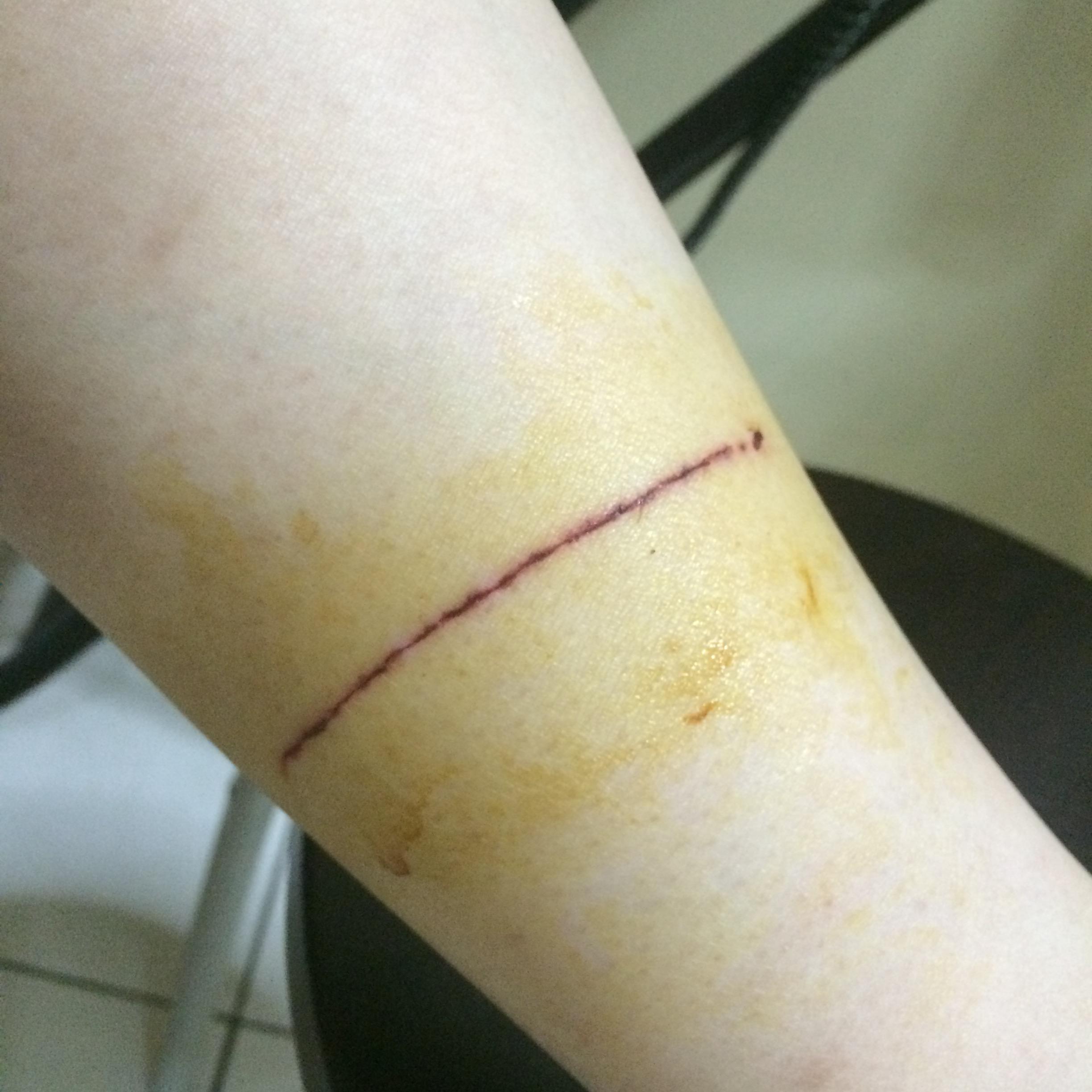 No one can predict the future, nor can we diagnose over the internet, so I won't address that aspect of your question. However, I can tell you why the doctor wanted the following shots.

Tetanus Immune Globulin: for dirty wounds in people with an unknown history of prior immunization, or if 2 or fewer doses in the past. Often in the past, elderly individuals were unimmunized against tetanus because of the availability and scheduling of the immunization. The TIG is recommended because the tetanus toxoid - the "tetanus vaccine" - takes a while (and several doses) to induce immunity. The TIG provides immediate but temporary immunity by directly providing antitoxin.

Rabies/Rabies Immune Globulin - for any bite from an animal of unknown status. Nonbite exposures rarely cause rabies, however that does not mean never. Such exposures should be evaluated for possible postexposure prophylaxis administration. If someone lives in an area where a significant numbers of rabid animals are known to exist, the recommendations will be different than in an area where rabies is rarely detected.

However, if the cat can be caught and quarantined (if the animal can be found and held for observation), a physician may delay this treatment.

It's a bit late now, but soap and water should be your first line of treatment for dirty wounds; if rabies is a possibility, apply Betadine/providone iodine after using soap and water.

Signs of wound infection include: puffiness, warmth, pain, redness extending outward from the wound, discharge of pus, a foul smell, streaks going up from the wound towards the body, fever, chills or muscle aches.

You can always go back to the doctor if you are worried. It's never "too late". You should also read about the signs and symptoms of tetanus, which is the results of an infection where the toxin spreads through the body. You cannot tell by looking at a wound if it's "tetanus". You can only tell if it's tetanus prone.

If you live in the US, you can often discuss the need for rabies prophylaxis not only with a doctor, but by calling your local or state Department of Health.

Again, it's never too late to see a doctor, and you should do so if you have any concerns (which you clearly do.)

Also, the doctor should address whether other tetanus shots should be given and when.

*Such as, but not limited to, wounds contaminated with dirt, feces, soil, and saliva; puncture wounds; avulsions; and wounds resulting from missiles, crushing, burns, and frostbite.
Persons with wounds that are neither clean nor minor, and who have had fewer than 3 prior doses of tetanus toxoid or have an unknown history of prior doses should receive TIG as well as Td or Tdap. This is because early doses of toxoid may not induce immunity, but only prime the immune system. The TIG provides temporary immunity by directly providing antitoxin. This ensures that protective levels of antitoxin are achieved even if an immune response has not yet occurred. - CDC, (Pink Book) Epidemiology and Prevention of Vaccine-Preventable Diseases, 13th Edition
Nonbite exposures from terrestrial animals rarely cause rabies. However, occasional reports of rabies transmission by nonbite exposures suggest that such exposures should be evaluated for possible postexposure prophylaxis administration. - CDC

2
Medical relevance of tetanus vaccination
2
Minor feral cat scratch that bled 6 days ago. Rabies possibility?
5
Can I continue to eat a cereal my cat ate out of?