Claustrophobia in the Pyramids of Giza: Does height play a role in who is more likely to suffer from Claustrophobia?

I'm an archaeologist, but I am not the Indiana Jones type (tall and brawny) -- but rather, a very petite female (4'9" to be precise). One might say, that I lack the muscle tone and strength to do all the physical labor one would expect from an archaeologist, and they are certainly accurate. But what I lack in physical strength, I make up for in my small stature (and brains -- at least in terms of archaeology). For instance, I am often the only one on the team able to fit and crawl into tiny tomb openings and document the archaeological site lurking underneath the surface, or slide down into a tight pit and document an artifact, or squeeze inside an ancient chamber and able to report back to the rest of the team what I have discovered. Tight spaces have never been an issue for me.

However, on a day-off from excavating in Egypt, myself and a few crew members went to the Pyramids of Giza, of course. We had the opportunity to enter and all of us fared the "Ascending Passage" with ease, though my tallish coworker started muttering complaints about how tight it was (but no one thought anything of it because it was indeed tight... but we all expected that... and none of us really cared all that much because we were in the FREAKIN' PYRAMIDS). But as we continued to ascend it got dramatically hotter and humid (less ventilation) and although we reached the Grand Gallery, where it's more spacious than the "Ascending Passage," the optical allusion is such that the walls are closing in on you. It is here, in the heart of the pyramid, that my coworker must have been feeling a "fight or flight" instinct because she requested that we return around that instant. She was afraid that she couldn't breathe. Though we are archaeologists in the most iconic Wonder of the Ancient World, we are not soulless and we would gladly accompany her out (and just come back in without her afterwards). However, because the ascending passage is so tight... it is systematized in a way that you can't go backwards (there's a huge crowd of people behind you, which I think only increased her fears). We had to go all the way to the top (King's Chamber) and wait for the designated time to then descend and exit the pyramid. There in the King's Chamber, she started balling and exhibiting what appeared to be a full-blown panic attack. She felt like she was suffocating. We all tried to keep her calm, but we didn't know what to do... we were literally trapped in the tomb with her.

The Interior Layout of the Pyramid 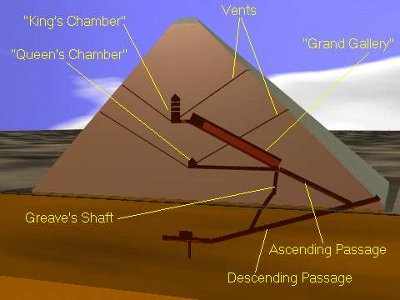 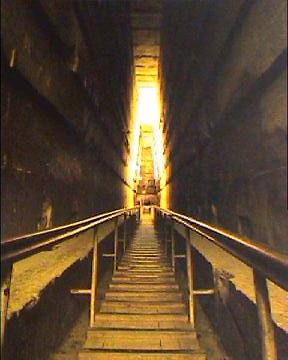 Eventually, when we did exit the pyramid, she admitted she suffered from claustrophobia, but that she put it aside because she is an Egyptologist and it had been her lifelong dream to enter the pyramid. She was really embarrassed about it. And I kept telling her not to feel embarrassed about it (because to be fair, it was a very humid, dingy, crowded, tight atmosphere -- we were literally trapped in a tomb).

I never did ask her the cause of her claustrophobia (I don't even know if she would know), but:

To answer the first part of the question, we see claustrophobia due to the use of MRI and CT scanners.

Over 80 million MR procedures are now performed each year worldwide. For an MR scan, patients typically have to be placed in a long, narrow tube [2]. Thus, claustrophobia preventing MR imaging is a common problem. Between 1% and 15% of all patients scheduled for MR imaging suffer from claustrophobia and cannot be imaged, or they require sedation to complete the scan (mean: 2.3%; 95% confidence interval: 2.0% to 2.5%) [3]. Thus it can be estimated that worldwide approximately 2,000,000 MR procedures cannot be performed or are prematurely terminated due to claustrophobia. At an average cost of € 500 per MR imaging, this is equal to a loss of productivity of € 1 billion, which is an important financial loss for the health care system. Therefore, claustrophobia is not only a common problem that prevents many patients from benefiting from the findings obtained with MR imaging but also represents an important socioeconomic issue for the health care system.

So, if MRI patients are representative of the general population, that means 1-5%. But this group is already selected by having agreed to the procedure so the prevalence rate is likely higher.

There's a theory that claustrophobia is related to personal space projection

We all move around in a protective bubble of "near space," more commonly known as "personal space." But not everyone's bubble is the same size. People who project their personal space too far beyond their bodies, or the norm of arm's reach, are more likely to experience claustrophobic fear, a new study finds. The study is one of the first to focus on the perceptual mechanisms of claustrophobic fear.

but in mice, a claustrophobia phenotype has been described to a single gene defect

Claustrophobia, the well-known fear of being trapped in narrow/closed spaces, is often considered a conditioned response to traumatic experience. Surprisingly, we found that mutations affecting a single gene, encoding a stress-regulated neuronal protein, can cause claustrophobia. Gpm6a-deficient mice develop normally and lack obvious behavioral abnormalities. However, when mildly stressed by single-housing, these mice develop a striking claustrophobia-like phenotype, which is not inducible in wild-type controls, even by severe stress. The human GPM6A gene is located on chromosome 4q32-q34, a region linked to panic disorder. Sequence analysis of 115 claustrophobic and non-claustrophobic subjects identified nine variants in the noncoding region of the gene that are more frequent in affected individuals (P=0.028). One variant in the 3′untranslated region was linked to claustrophobia in two small pedigrees. This mutant mRNA is functional but cannot be silenced by neuronal miR124 derived itself from a stress-regulated transcript. We suggest that loosing dynamic regulation of neuronal GPM6A expression poses a genetic risk for claustrophobia.

There doesn't seem to be any data linking height to claustrophobia.

I don’t have any statistics to say how common it is, but for those patients that I see suffering with anxiety, claustrophobia (as a feature of their coping) is fairly common.

CAUSES Well, apart from the ones you listed, there are other causes of claustrophobia, of which are:

Not the answer you're looking for? Browse other questions tagged height fight-or-flight suffocation or ask your own question.